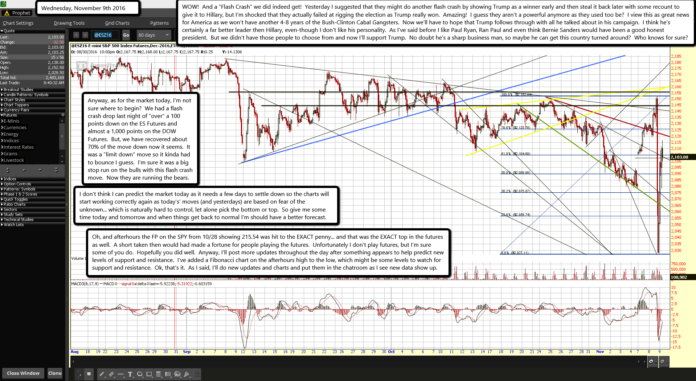 And my final words to Hillary is... 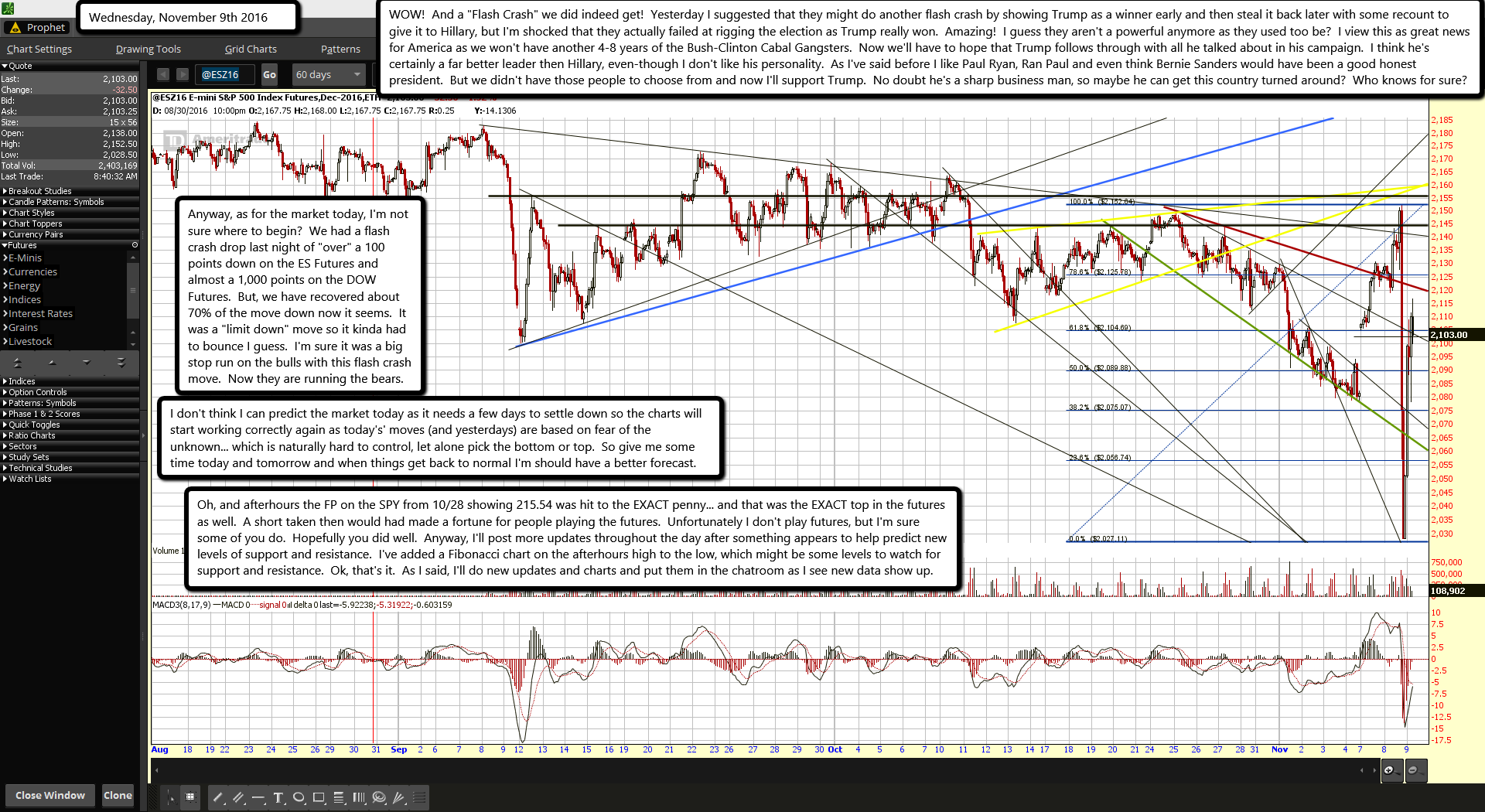 WOW!  And a "Flash Crash" we did indeed get!  Yesterday I suggested that they might do another flash crash by showing Trump as a winner early and then steal it back later with some recount to give it to Hillary, but I'm shocked that they actually failed at rigging the election as Trump really won.  Amazing!  I guess they aren't a powerful anymore as they used too be?  I view this as great news for America as we won't have another 4-8 years of the Bush-Clinton Cabal Gangsters.  Now we'll have to hope that Trump follows through with all he talked about in his campaign.  I think he's certainly a far better leader then Hillary, even-though I don't like his personality.  As I've said before I like Paul Ryan, Ran Paul and even think Bernie Sanders would have been a good honest president.  But we didn't have those people to choose from and now I'll support Trump.  No doubt he's a sharp business man, so maybe he can get this country turned around?  Who knows for sure?

Anyway, as for the market today, I'm not sure where to begin?  We had a flash crash drop last night of "over" a 100 points down on the ES Futures and almost a 1,000 points on the DOW Futures.  But, we have recovered about 70% of the move down now it seems.  It was a "limit down" move so it kinda had to bounce I guess.  I'm sure it was a big stop run on the bulls with this flash crash move.  Now they are running the bears.

I don't think I can predict the market today as it needs a few days to settle down so the charts will start working correctly again as today's' moves (and yesterdays) are based on fear of the unknown... which is naturally hard to control, let alone pick the bottom or top.  So give me some time today and tomorrow and when things get back to normal I'm should have a better forecast.

Oh, and afterhours the FP on the SPY from 10/28 showing 215.54 was hit to the EXACT penny... and that was the EXACT top in the futures as well.  A short taken then would had made a fortune for people playing the futures.  Unfortunately I don't play futures, but I'm sure some of you do.  Hopefully you did well.  Anyway, I'll post more updates throughout the day after something appears to help predict new levels of support and resistance.  I've added a Fibonacci chart on the afterhours high to the low, which might be some levels to watch for support and resistance.  Ok, that's it.  As I said, I'll do new updates and charts and put them in the chatroom as I see new data show up.