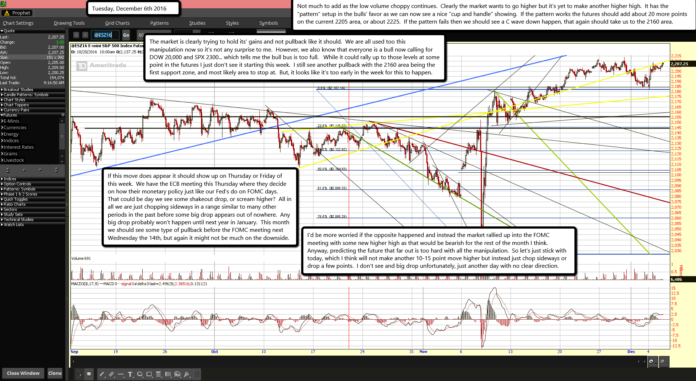 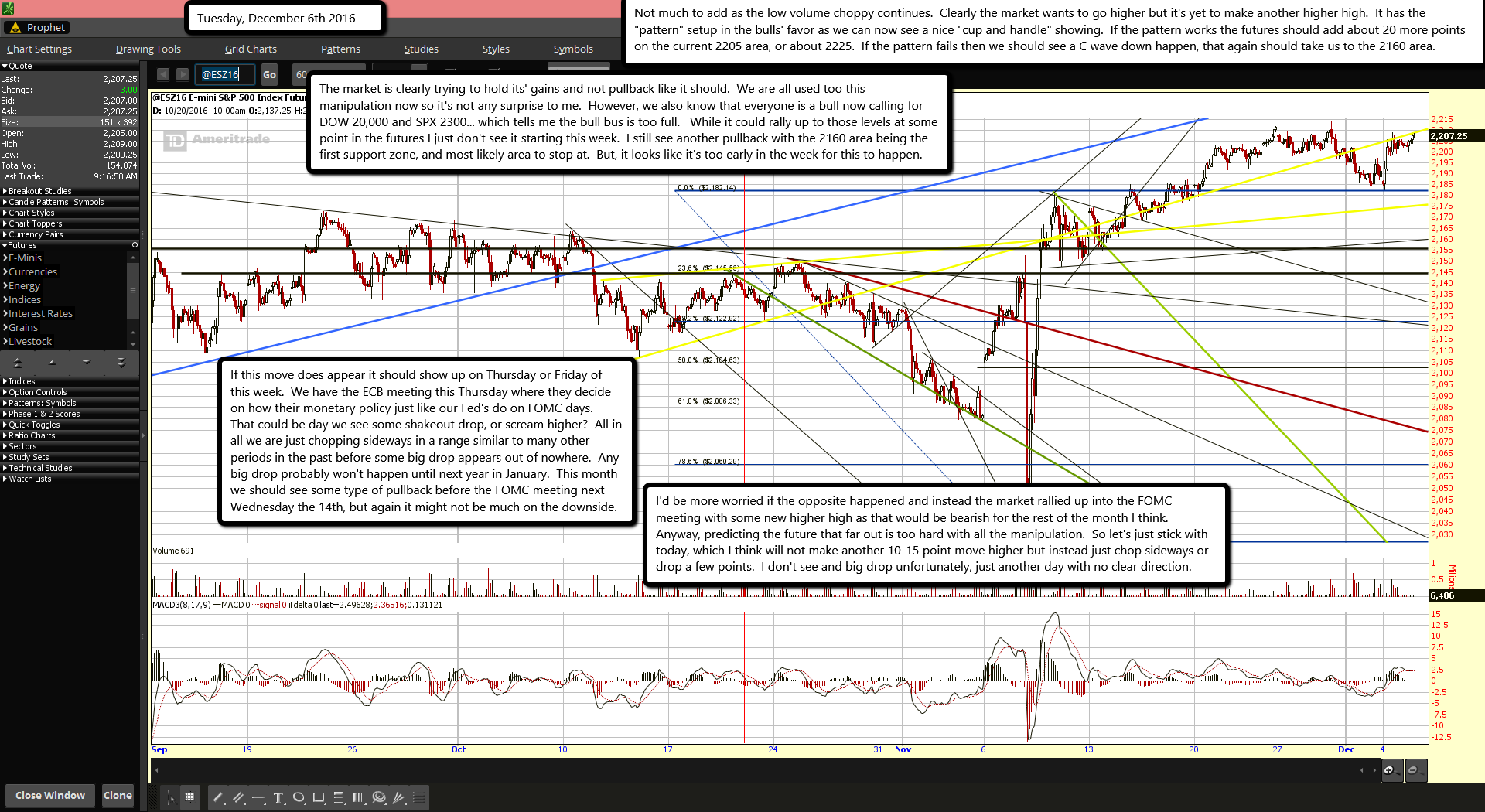 Not much to add as the low volume choppy continues.  Clearly the market wants to go higher but it's yet to make another higher high.  It has the "pattern" setup in the bulls' favor as we can now see a nice "cup and handle" showing.  If the pattern works the futures should add about 20 more points on the current 2205 area, or about 2225.  If the pattern fails then we should see a C wave down happen, that again should take us to the 2160 area.

The market is clearly trying to hold its' gains and not pullback like it should.  We are all used too this manipulation now so it's not any surprise to me.  However, we also know that everyone is a bull now calling for DOW 20,000 and SPX 2300... which tells me the bull bus is too full.   While it could rally up to those levels at some point in the futures I just don't see it starting this week.  I still see another pullback with the 2160 area being the first support zone, and most likely area to stop at.  But, it looks like it's too early in the week for this to happen.

If this move does appear it should show up on Thursday or Friday of this week.  We have the ECB meeting this Thursday where they decide on how their monetary policy just like our Fed's do on FOMC days.  That could be day we see some shakeout drop, or scream higher?  All in all we are just chopping sideways in a range similar to many other periods in the past before some big drop appears out of nowhere.  Any big drop probably won't happen until next year in January.  This month we should see some type of pullback before the FOMC meeting next Wednesday the 14th, but again it might not be much on the downside.

I'd be more worried if the opposite happened and instead the market rallied up into the FOMC meeting with some new higher high as that would be bearish for the rest of the month I think.  Anyway, predicting the future that far out is too hard with all the manipulation.  So let's just stick with today, which I think will not make another 10-15 point move higher but instead just chop sideways or drop a few points.  I don't see and big drop unfortunately, just another day with no clear direction.