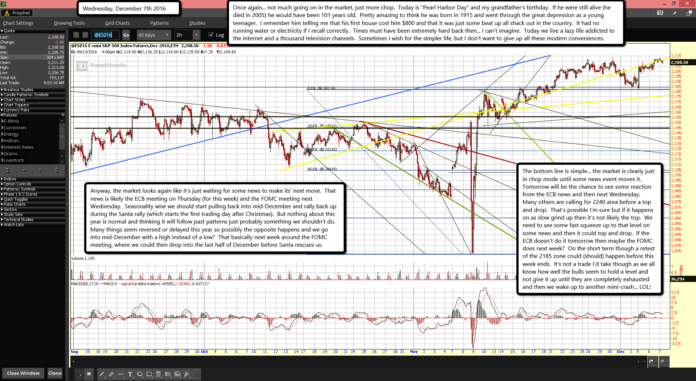 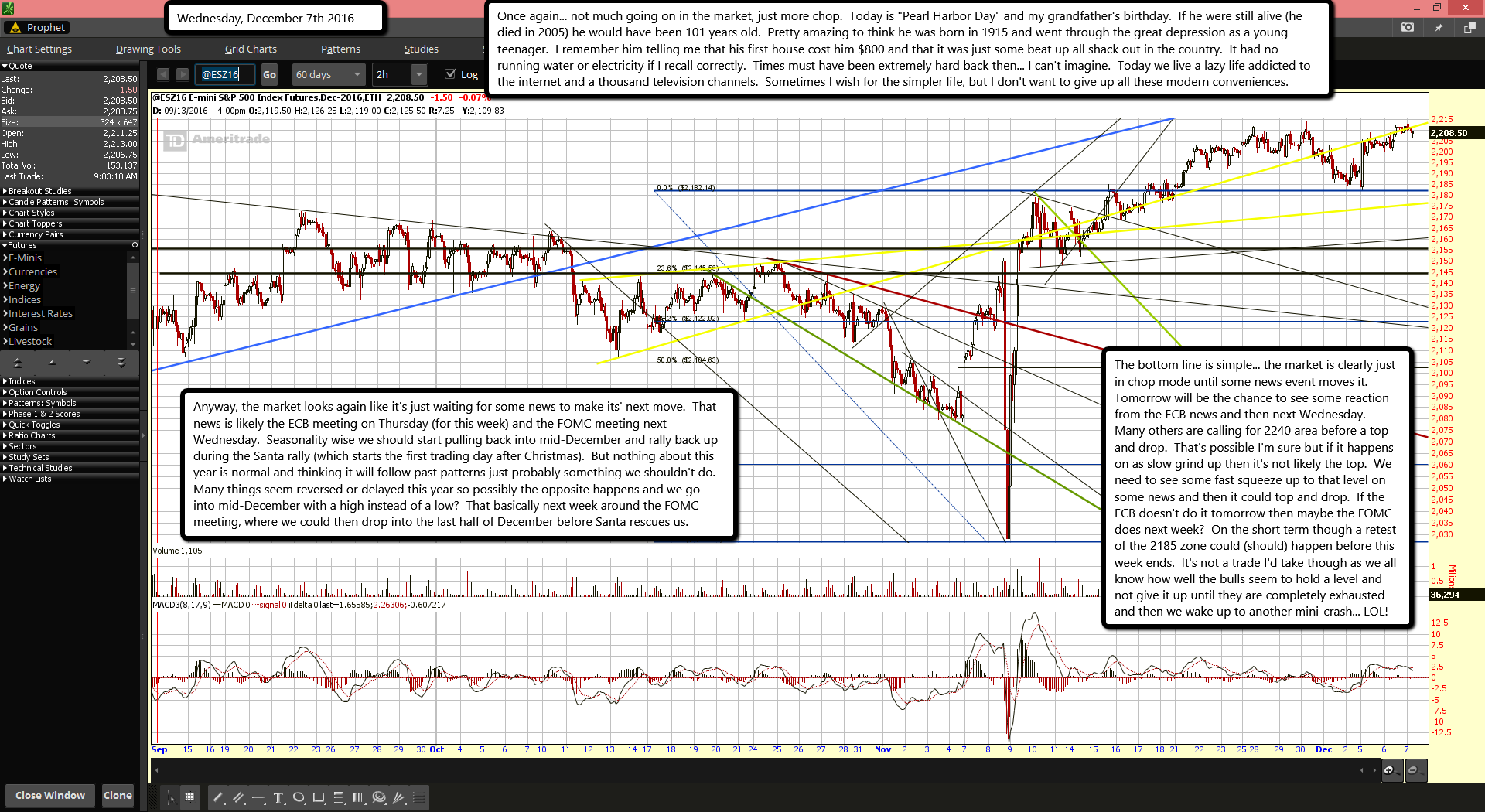 Once again... not much going on in the market, just more chop.  Today is "Pearl Harbor Day" and my grandfather's birthday.  If he were still alive (he died in 2005) he would have been 101 years old.  Pretty amazing to think he was born in 1915 and went through the great depression as a young teenager.  I remember him telling me that his first house cost him $800 and that it was just some beat up all shack out in the country.  It had no running water or electricity if I recall correctly.  Times must have been extremely hard back then... I can't imagine.  Today we live a lazy life addicted to the internet and a thousand television channels.  Sometimes I wish for the simpler life, but I don't want to give up all these modern conveniences.

Anyway, the market looks again like it's just waiting for some news to make its' next move.  That news is likely the ECB meeting on Thursday (for this week) and the FOMC meeting next Wednesday.  Seasonality wise we should start pulling back into mid-December and rally back up during the Santa rally (which starts the first trading day after Christmas).  But nothing about this year is normal and thinking it will follow past patterns just probably something we shouldn't do.  Many things seem reversed or delayed this year so possibly the opposite happens and we go into mid-December with a high instead of a low?  That basically next week around the FOMC meeting, where we could then drop into the last half of December before Santa rescues us.

The bottom line is simple... the market is clearly just in chop mode until some news event moves it.  Tomorrow will be the chance to see some reaction from the ECB news and then next Wednesday.  Many others are calling for 2240 area before a top and drop.  That's possible I'm sure but if it happens on as slow grind up then it's not likely the top.  We need to see some fast squeeze up to that level on some news and then it could top and drop.  If the ECB doesn't do it tomorrow then maybe the FOMC does next week?  On the short term though a retest of the 2185 zone could (should) happen before this week ends.  It's not a trade I'd take though as we all know how well the bulls seem to hold a level and not give it up until they are completely exhausted and then we wake up to another mini-crash... LOL!