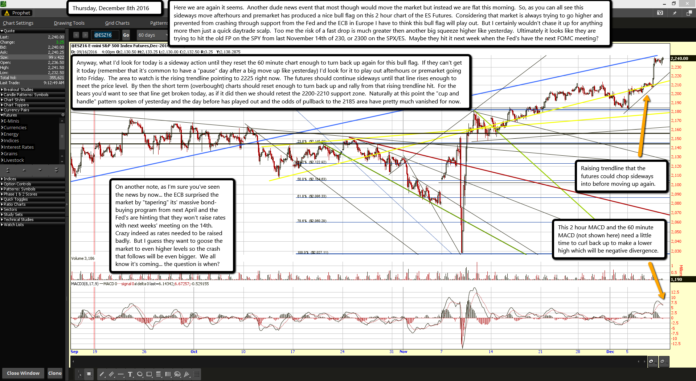 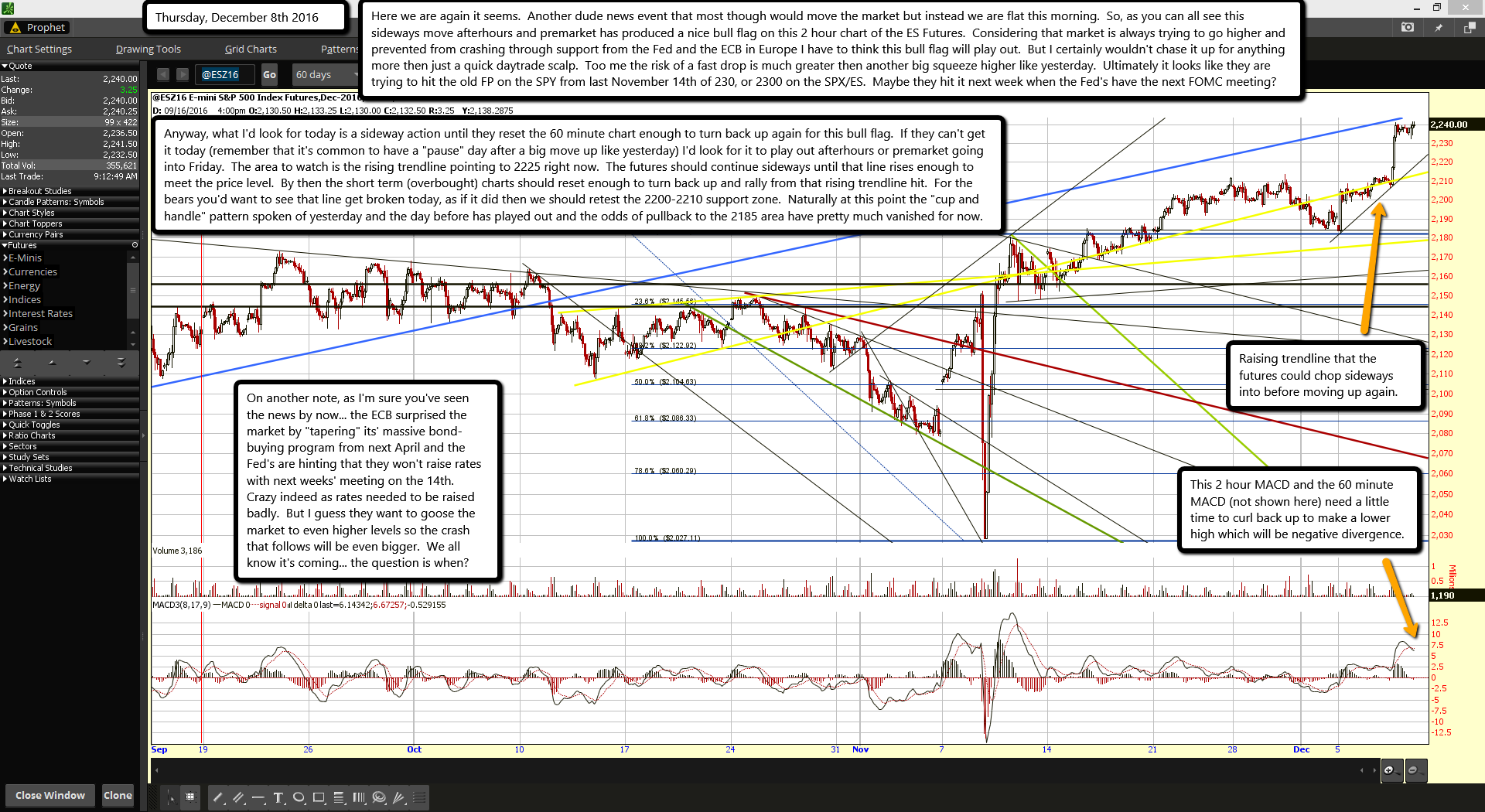 Here we are again it seems.  Another dude news event that most though would move the market but instead we are flat this morning.  So, as you can all see this sideways move afterhours and premarket has produced a nice bull flag on this 2 hour chart of the ES Futures.  Considering that market is always trying to go higher and prevented from crashing through support from the Fed and the ECB in Europe I have to think this bull flag will play out.  But I certainly wouldn't chase it up for anything more then just a quick daytrade scalp.  Too me the risk of a fast drop is much greater then another big squeeze higher like yesterday.  Ultimately it looks like they are trying to hit the old FP on the SPY from last November 14th of 230, or 2300 on the SPX/ES.  Maybe they hit it next week when the Fed's have the next FOMC meeting?

Anyway, what I'd look for today is a sideways action until they reset the 60 minute chart enough to turn back up again for this bull flag.  If they can't get it today (remember that it's common to have a "pause" day after a big move up like yesterday) I'd look for it to play out afterhours or premarket going into Friday.  The area to watch is the rising trendline pointing to 2225 right now.  The futures should continue sideways until that line rises enough to meet the price level.  By then the short term (overbought) charts should reset enough to turn back up and rally from that rising trendline hit.  For the bears you'd want to see that line get broken today, as if it did then we should retest the 2200-2210 support zone.  Naturally at this point the "cup and handle" pattern spoken of yesterday and the day before has played out and the odds of pullback to the 2185 area have pretty much vanished for now.

On another note, as I'm sure you've seen the news by now... the ECB surprised the market by "tapering" its' massive bond-buying program from next April and the Fed's are hinting that they won't raise rates with next weeks' meeting on the 14th.  Crazy indeed as rates needed to be raised badly.  But I guess they want to goose the market to even higher levels so the crash that follows will be even bigger.  We all know it's coming... the question is when?