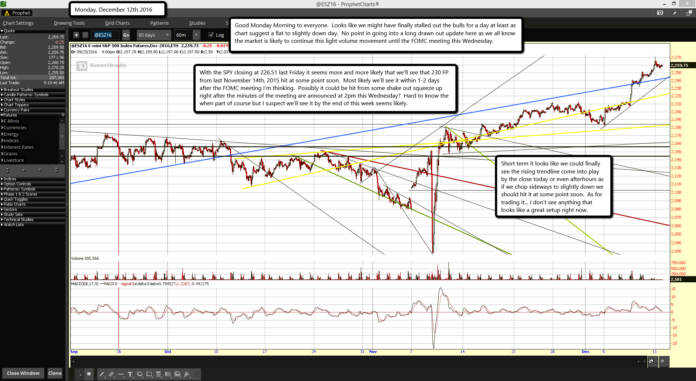 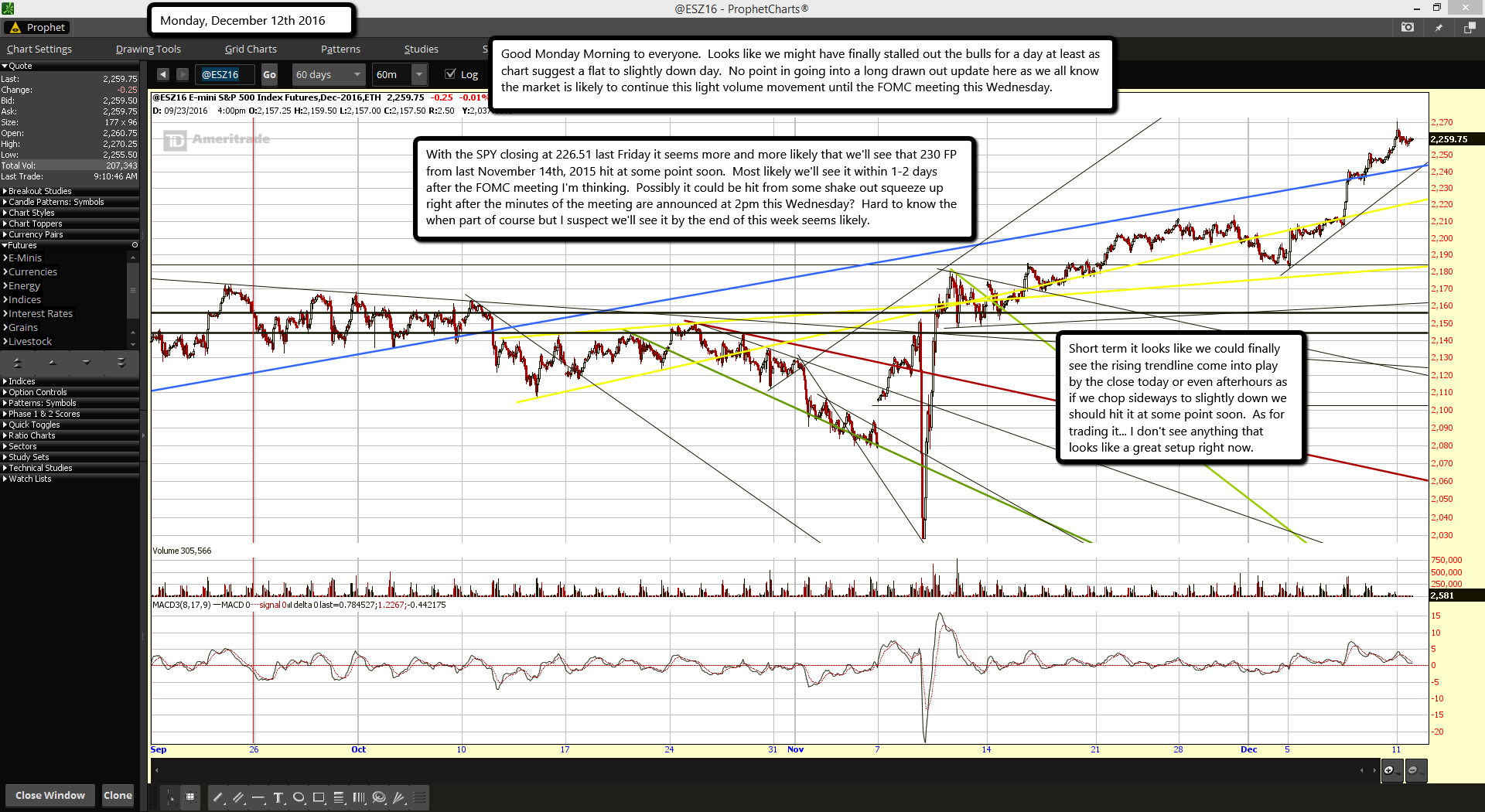 Good Monday Morning to everyone.  Looks like we might have finally stalled out the bulls for a day at least as chart suggest a flat to slightly down day.  No point in going into a long drawn out update here as we all know the market is likely to continue this light volume movement until the FOMC meeting this Wednesday.

With the SPY closing at 226.51 last Friday it seems more and more likely that we'll see that 230 FP from last November 14th, 2015 hit at some point soon.  Most likely we'll see it within 1-2 days after the FOMC meeting I'm thinking.  Possibly it could be hit from some shake out squeeze up right after the minutes of the meeting are announced at 2pm this Wednesday?  Hard to know the when part of course but I suspect we'll see it by the end of this week seems likely.

Short term it looks like we could finally see the rising trendline come into play by the close today or even afterhours as if we chop sideways to slightly down we should hit it at some point soon.  As for trading it... I don't see anything that looks like a great setup right now.