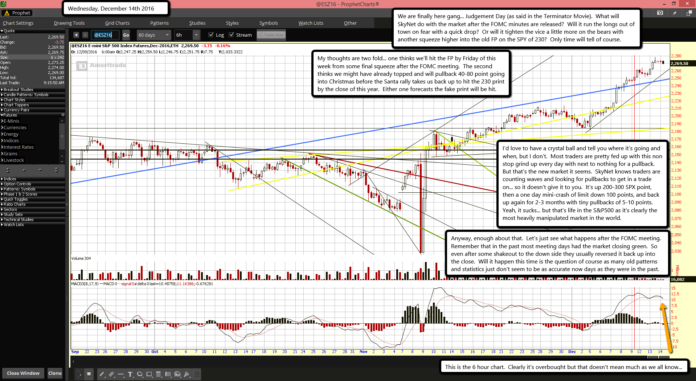 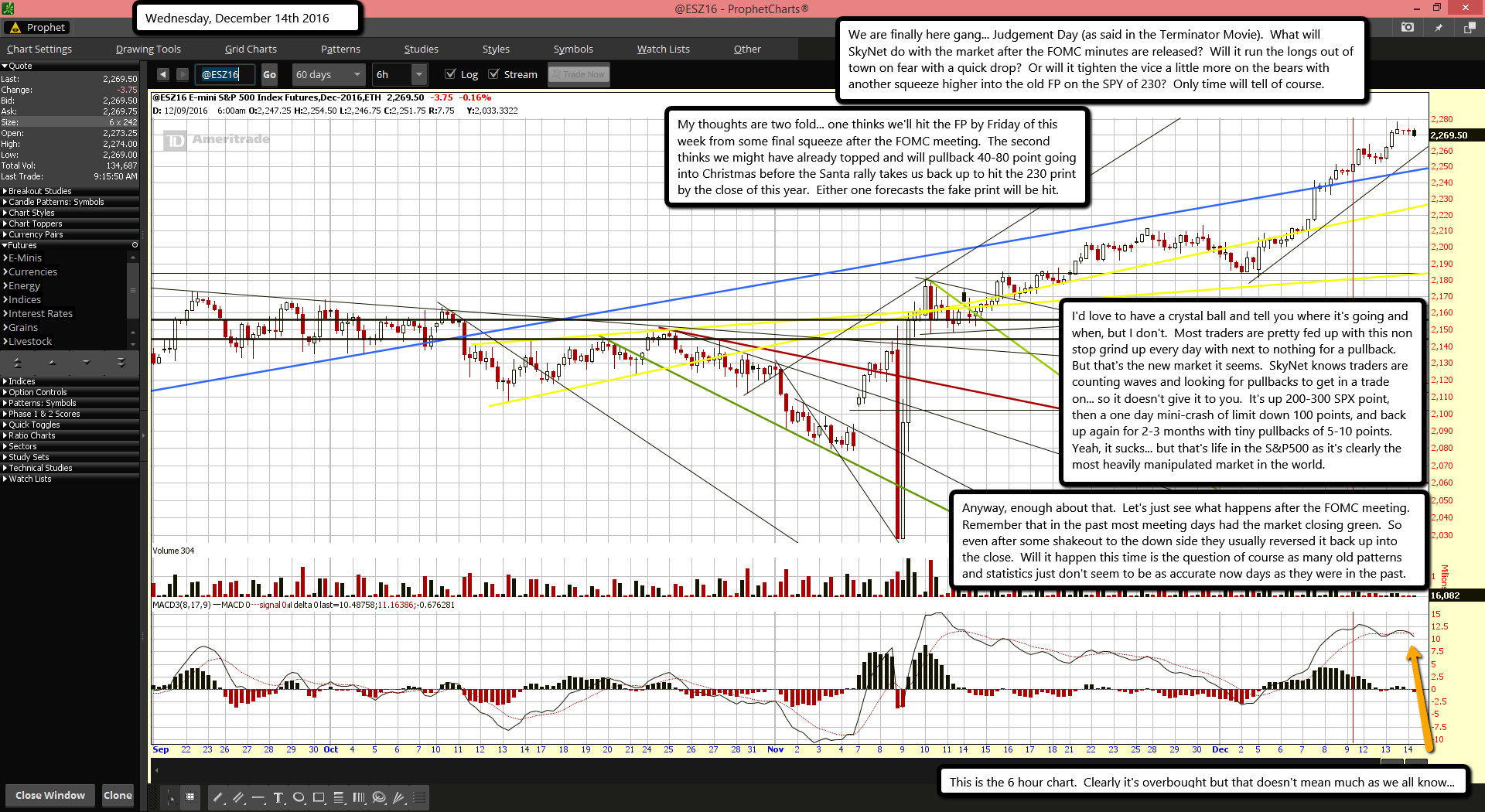 We are finally here gang... Judgement Day (as said in the Terminator Movie).  What will SkyNet do with the market after the FOMC minutes are released?  Will it run the longs out of town on fear with a quick drop?  Or will it tighten the vice a little more on the bears with another squeeze higher into the old FP on the SPY of 230?  Only time will tell of course.

My thoughts are two fold... one thinks we'll hit the FP by Friday of this week from some final squeeze after the FOMC meeting.  The second thinks we might have already topped and will pullback 40-80 point going into Christmas before the Santa rally takes us back up to hit the 230 print by the close of this year.  Either one forecasts the fake print will be hit.

I'd love to have a crystal ball and tell you where it's going and when, but I don't.  Most traders are pretty fed up with this non stop grind up every day with next to nothing for a pullback.  But that's the new market it seems.  SkyNet knows traders are counting waves and looking for pullbacks to get in a trade on... so it doesn't give it to you.  It's up 200-300 SPX point, then a one day mini-crash of limit down 100 points, and back up again for 2-3 months with tiny pullbacks of 5-10 points.  Yeah, it sucks... but that's life in the S&P500 as it's clearly the most heavily manipulated market in the world.

Anyway, enough about that.  Let's just see what happens after the FOMC meeting.  Remember that in the past most meeting days had the market closing green.  So even after some shakeout to the down side they usually reversed it back up into the close.  Will it happen this time is the question of course as many old patterns and statistics just don't seem to be as accurate now days as they were in the past.