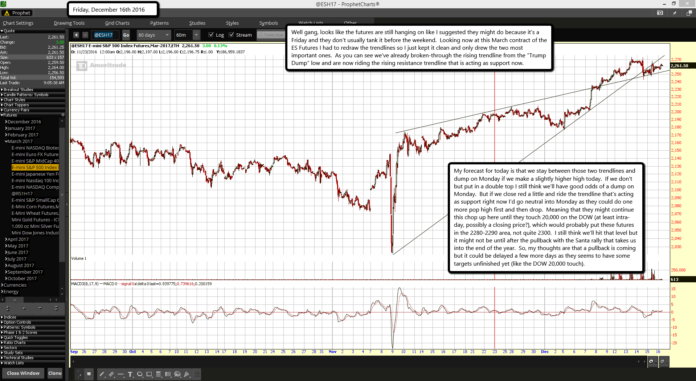 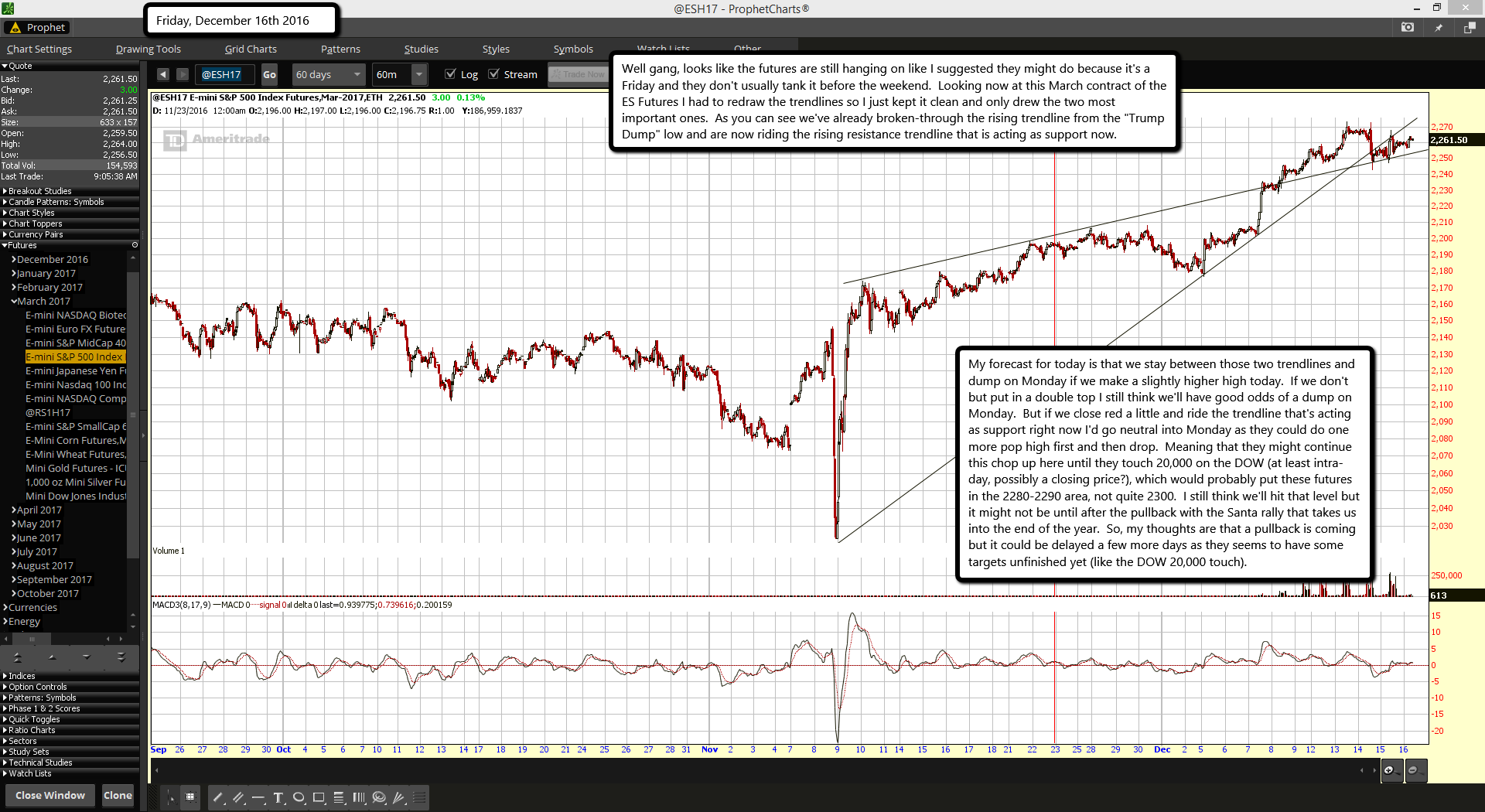 Well gang, looks like the futures are still hanging on like I suggested they might do because it's a Friday and they don't usually tank it before the weekend.  Looking now at this March contract of the ES Futures I had to redraw the trendlines so I just kept it clean and only drew the two most important ones.  As you can see we've already broken-through the rising trendline from the "Trump Dump" low and are now riding the rising resistance trendline that is acting as support now.

My forecast for today is that we stay between those two trendlines and dump on Monday if we make a slightly higher high today.  If we don't but put in a double top I still think we'll have good odds of a dump on Monday.  But if we close red a little and ride the trendline that's acting as support right now I'd go neutral into Monday as they could do one more pop high first and then drop.  Meaning that they might continue this chop up here until they touch 20,000 on the DOW (at least intra-day, possibly a closing price?), which would probably put these futures in the 2280-2290 area, not quite 2300.  I still think we'll hit that level but it might not be until after the pullback with the Santa rally that takes us into the end of the year.  So, my thoughts are that a pullback is coming but it could be delayed a few more days as they seems to have some targets unfinished yet (like the DOW 20,000 touch).