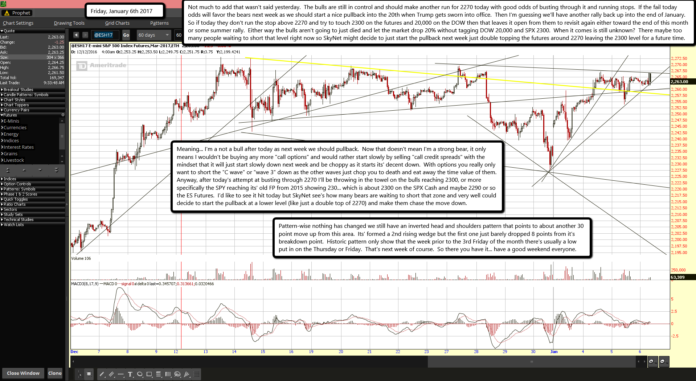 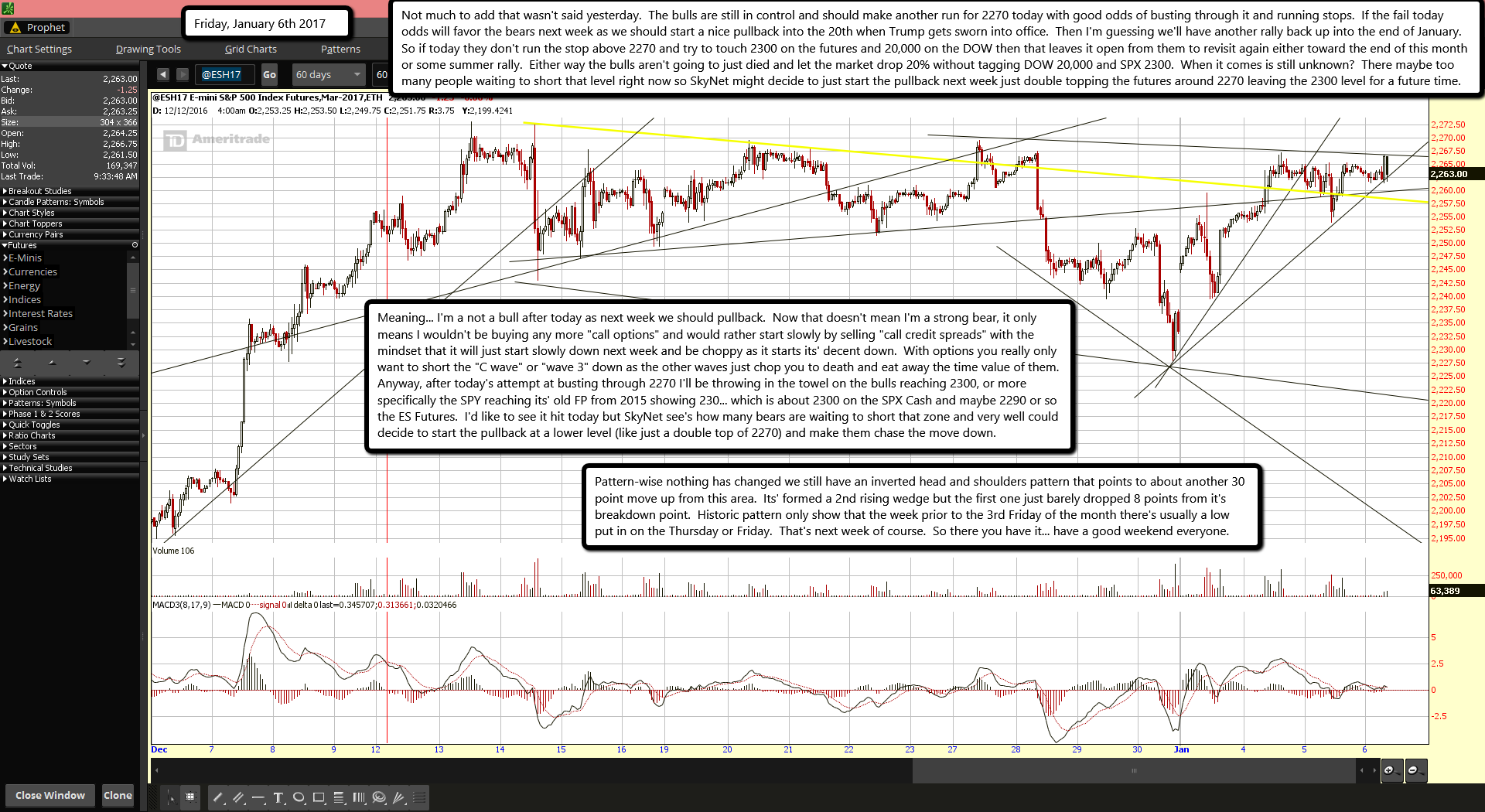 Not much to add that wasn't said yesterday.  The bulls are still in control and should make another run for 2270 today with good odds of busting through it and running stops.  If the fail today odds will favor the bears next week as we should start a nice pullback into the 20th when Trump gets sworn into office.  Then I'm guessing we'll have another rally back up into the end of January.  So if today they don't run the stop above 2270 and try to touch 2300 on the futures and 20,000 on the DOW then that leaves it open from them to revisit again either toward the end of this month or some summer rally.  Either way the bulls aren't going to just died and let the market drop 20% without tagging DOW 20,000 and SPX 2300.  When it comes is still unknown?  There maybe too many people waiting to short that level right now so SkyNet might decide to just start the pullback next week just double topping the futures around 2270 leaving the 2300 level for a future time.

Meaning... I'm a not a bull after today as next week we should pullback.  Now that doesn't mean I'm a strong bear, it only means I wouldn't be buying any more "call options" and would rather start slowly by selling "call credit spreads" with the mindset that it will just start slowly down next week and be choppy as it starts its' decent down.  With options you really only want to short the "C wave" or "wave 3" down as the other waves just chop you to death and eat away the time value of them.  Anyway, after today's attempt at busting through 2270 I'll be throwing in the towel on the bulls reaching 2300, or more specifically the SPY reaching its' old FP from 2015 showing 230... which is about 2300 on the SPX Cash and maybe 2290 or so the ES Futures.  I'd like to see it hit today but SkyNet see's how many bears are waiting to short that zone and very well could decide to start the pullback at a lower level (like just a double top of 2270) and make them chase the move down.

Pattern-wise nothing has changed we still have an inverted head and shoulders pattern that points to about another 30 point move up from this area.  Its' formed a 2nd rising wedge but the first one just barely dropped 8 points from it's breakdown point.  Historic pattern only show that the week prior to the 3rd Friday of the month there's usually a low put in on the Thursday or Friday.  That's next week of course.  So there you have it... have a good weekend everyone.