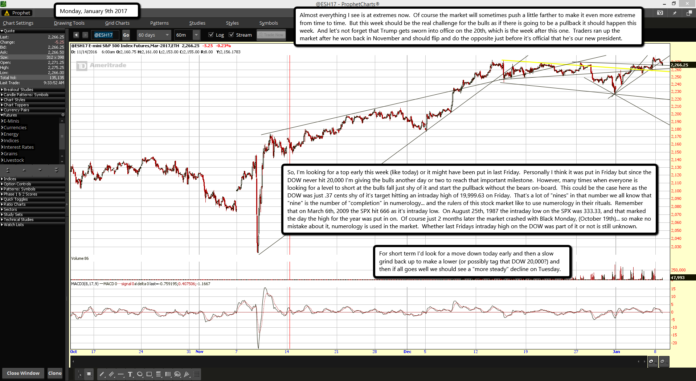 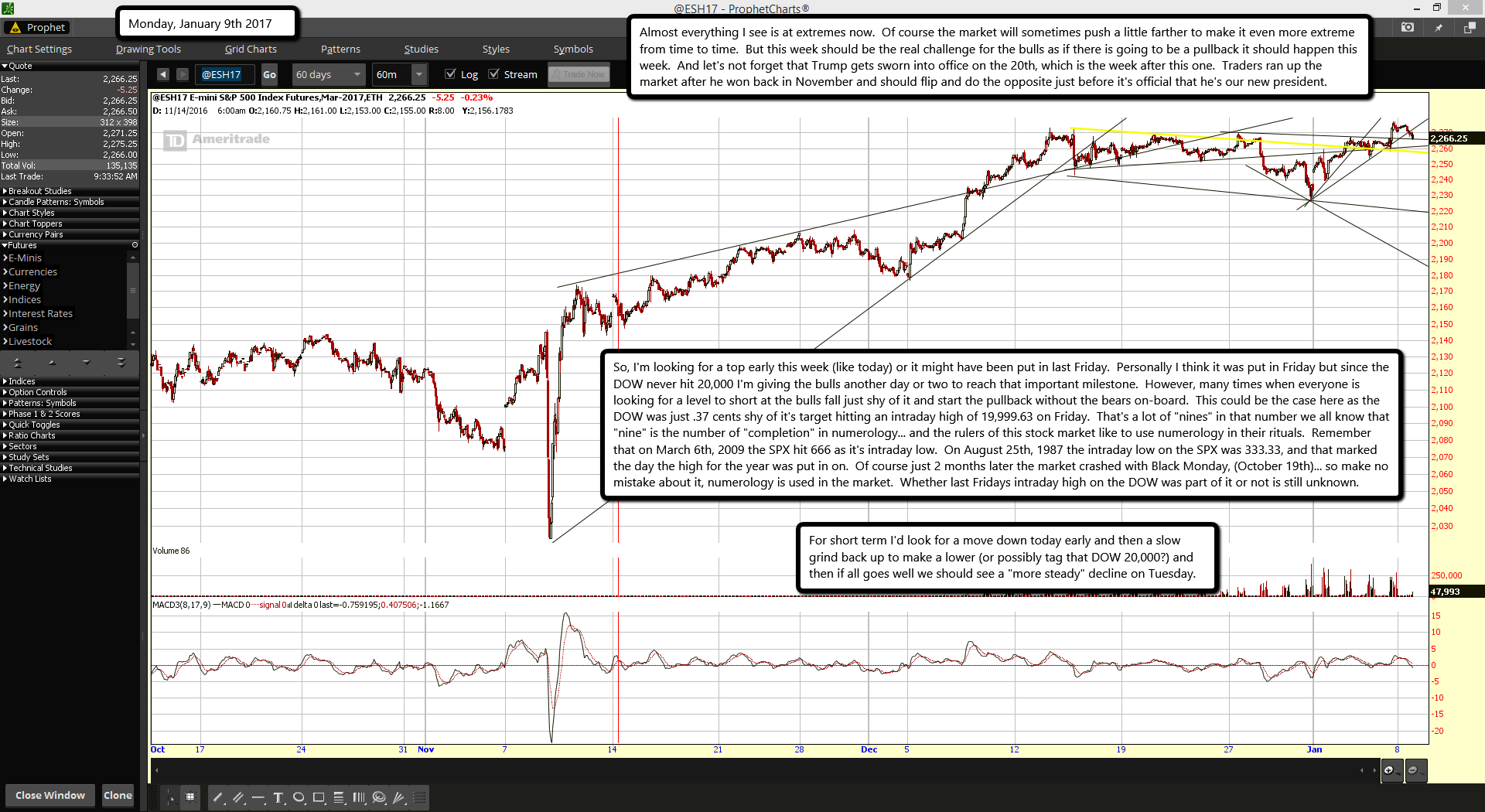 Almost everything I see is at extremes now.  Of course the market will sometimes push a little farther to make it even more extreme from time to time.  But this week should be the real challenge for the bulls as if there is going to be a pullback it should happen this week.  And let's not forget that Trump gets sworn into office on the 20th, which is the week after this one.  Traders ran up the market after he won back in November and should flip and do the opposite just before it's official that he's our new president.

So, I'm looking for a top early this week (like today) or it might have been put in last Friday.  Personally I think it was put in Friday but since the DOW never hit 20,000 I'm giving the bulls another day or two to reach that important milestone.  However, many times when everyone is looking for a level to short at the bulls fall just shy of it and start the pullback without the bears on-board.  This could be the case here as the DOW was just .37 cents shy of it's target hitting an intraday high of 19,999.63 on Friday.  That's a lot of "nines" in that number we all know that "nine" is the number of "completion" in numerology... and the rulers of this stock market like to use numerology in their rituals.  Remember that on March 6th, 2009 the SPX hit 666 as it's intraday low.  On August 25th, 1987 the intraday low on the SPX was 333.33, and that marked the day the high for the year was put in on.  Of course just 2 months later the market crashed with Black Monday, (October 19th)... so make no mistake about it, numerology is used in the market.  Whether last Fridays intraday high on the DOW was part of it or not is still unknown.

For short term I'd look for a move down today early and then a slow grind back up to make a lower (or possibly tag that DOW 20,000?) and then if all goes well we should see a "more steady" decline on Tuesday.