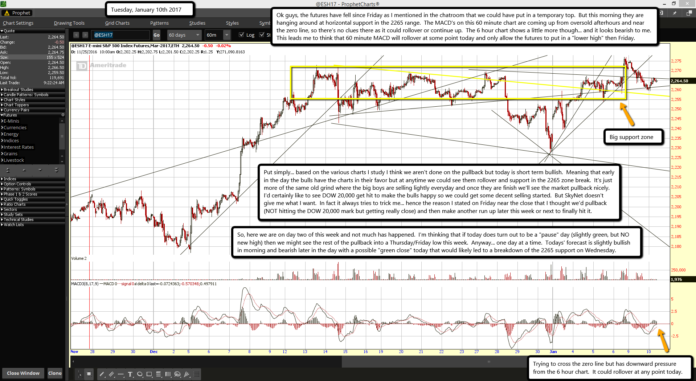 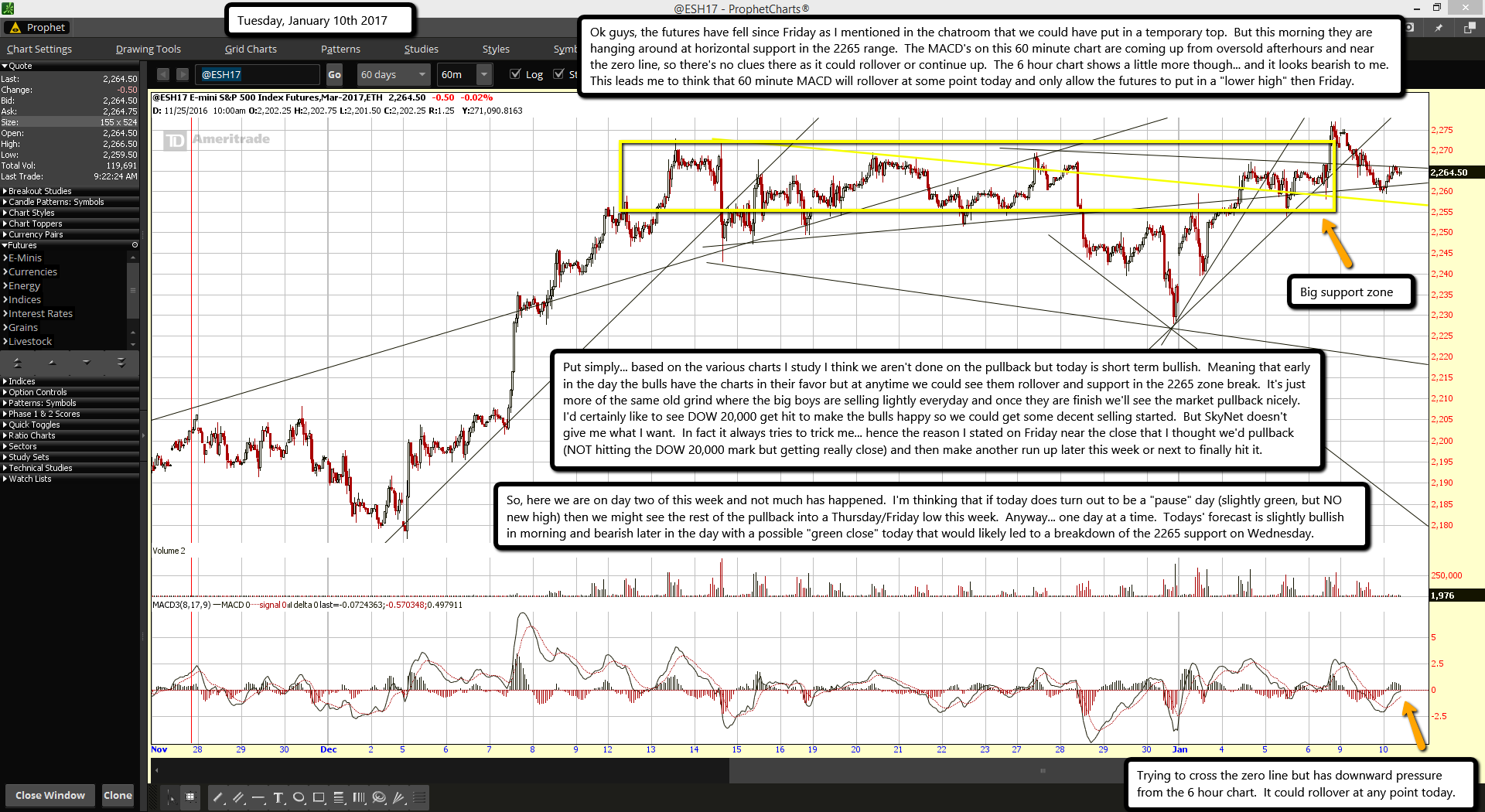 Ok guys, the futures have fell since Friday as I mentioned in the chatroom that we could have put in a temporary top.  But this morning they are hanging around at horizontal support in the 2265 range.  The MACD's on this 60 minute chart are coming up from oversold afterhours and near the zero line, so there's no clues there as it could rollover or continue up.  The 6 hour chart shows a little more though... and it looks bearish to me.  This leads me to think that 60 minute MACD will rollover at some point today and only allow the futures to put in a "lower high" then Friday.

Put simply... based on the various charts I study I think we aren't done on the pullback but today is short term bullish.  Meaning that early in the day the bulls have the charts in their favor but at anytime we could see them rollover and support in the 2265 zone break.  It's just more of the same old grind where the big boys are selling lightly everyday and once they are finish we'll see the market pullback nicely.  I'd certainly like to see DOW 20,000 get hit to make the bulls happy so we could get some decent selling started.  But SkyNet doesn't give me what I want.  In fact it always tries to trick me... hence the reason I stated on Friday near the close that I thought we'd pullback (NOT hitting the DOW 20,000 mark but getting really close) and then make another run up later this week or next to finally hit it.

So, here we are on day two of this week and not much has happened.  I'm thinking that if today does turn out to be a "pause" day (slightly green, but NO new high) then we might see the rest of the pullback into a Thursday/Friday low this week.  Anyway... one day at a time.  Todays' forecast is slightly bullish in morning and bearish later in the day with a possible "green close" today that would likely led to a breakdown of the 2265 support on Wednesday.