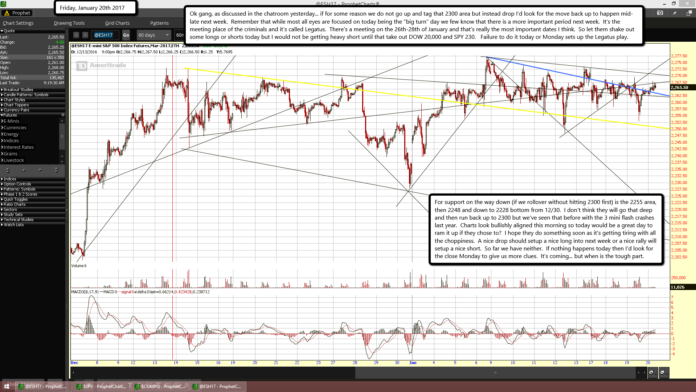 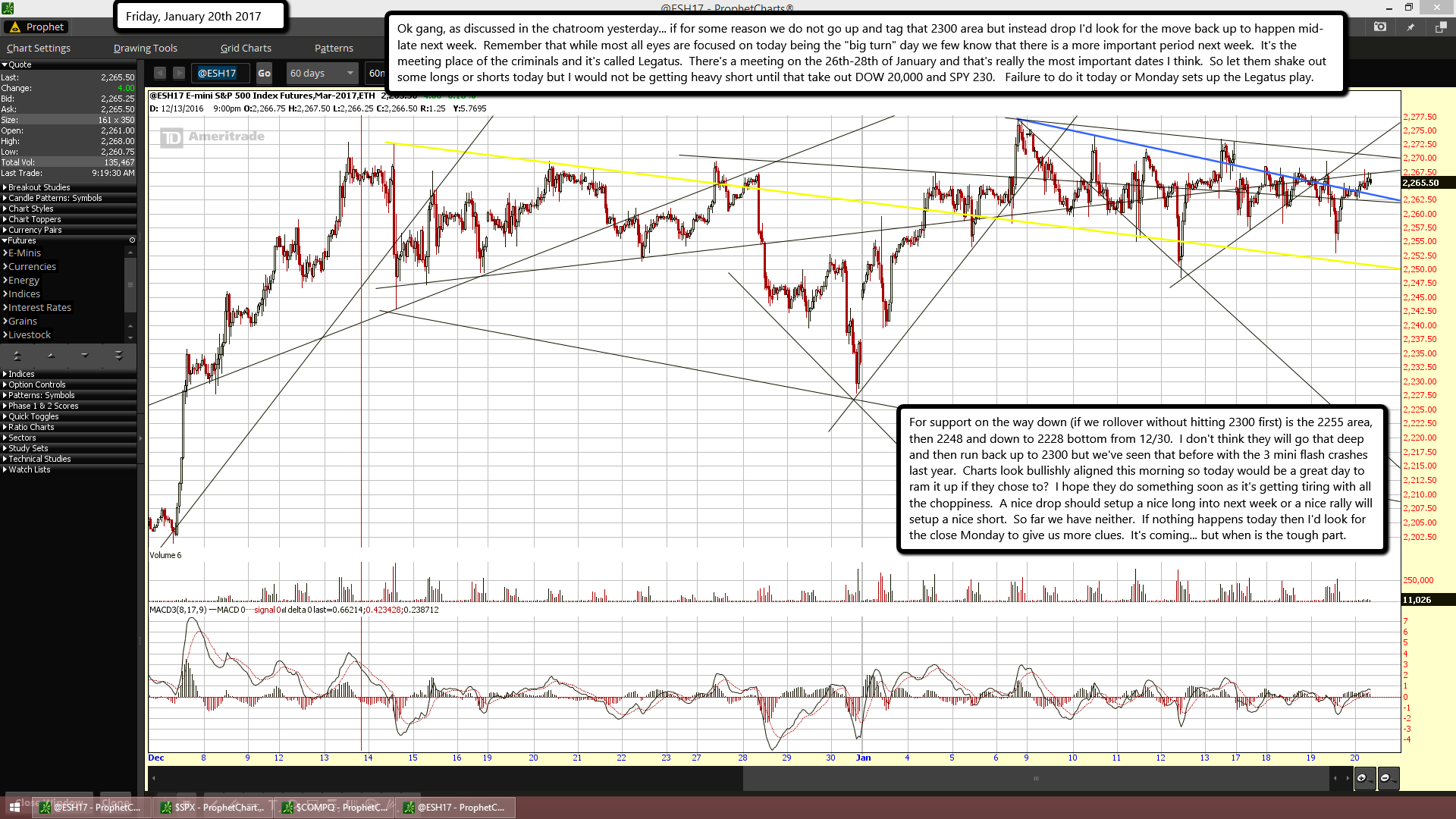 Ok gang, as discussed in the chatroom yesterday... if for some reason we do not go up and tag that 2300 area but instead drop I'd look for the move back up to happen mid-late next week.  Remember that while most all eyes are focused on today being the "big turn" day we few know that there is a more important period next week.  It's the meeting place of the criminals and it's called Legatus.  There's a meeting on the 26th-28th of January and that's really the most important dates I think.  So let them shake out some longs or shorts today but I would not be getting heavy short until that take out DOW 20,000 and SPY 230.   Failure to do it today or Monday sets up the Legatus play.

For support on the way down (if we rollover without hitting 2300 first) is the 2255 area, then 2248 and down to 2228 bottom from 12/30.  I don't think they will go that deep and then run back up to 2300 but we've seen that before with the 3 mini flash crashes last year.  Charts look bullishly aligned this morning so today would be a great day to ram it up if they chose to?  I hope they do something soon as it's getting tiring with all the choppiness.  A nice drop should setup a nice long into next week or a nice rally will setup a nice short.  So far we have neither.  If nothing happens today then I'd look for the close Monday to give us more clues.  It's coming... but when is the tough part.