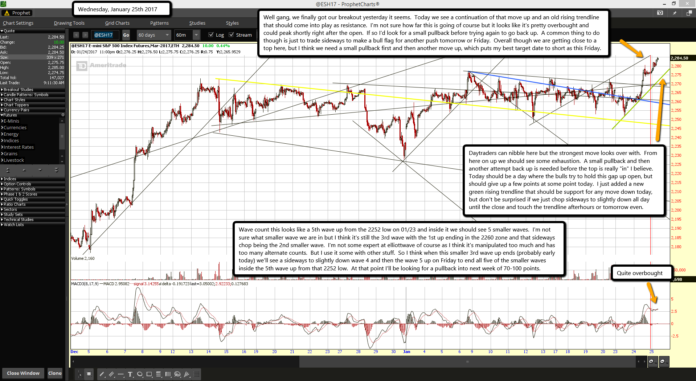 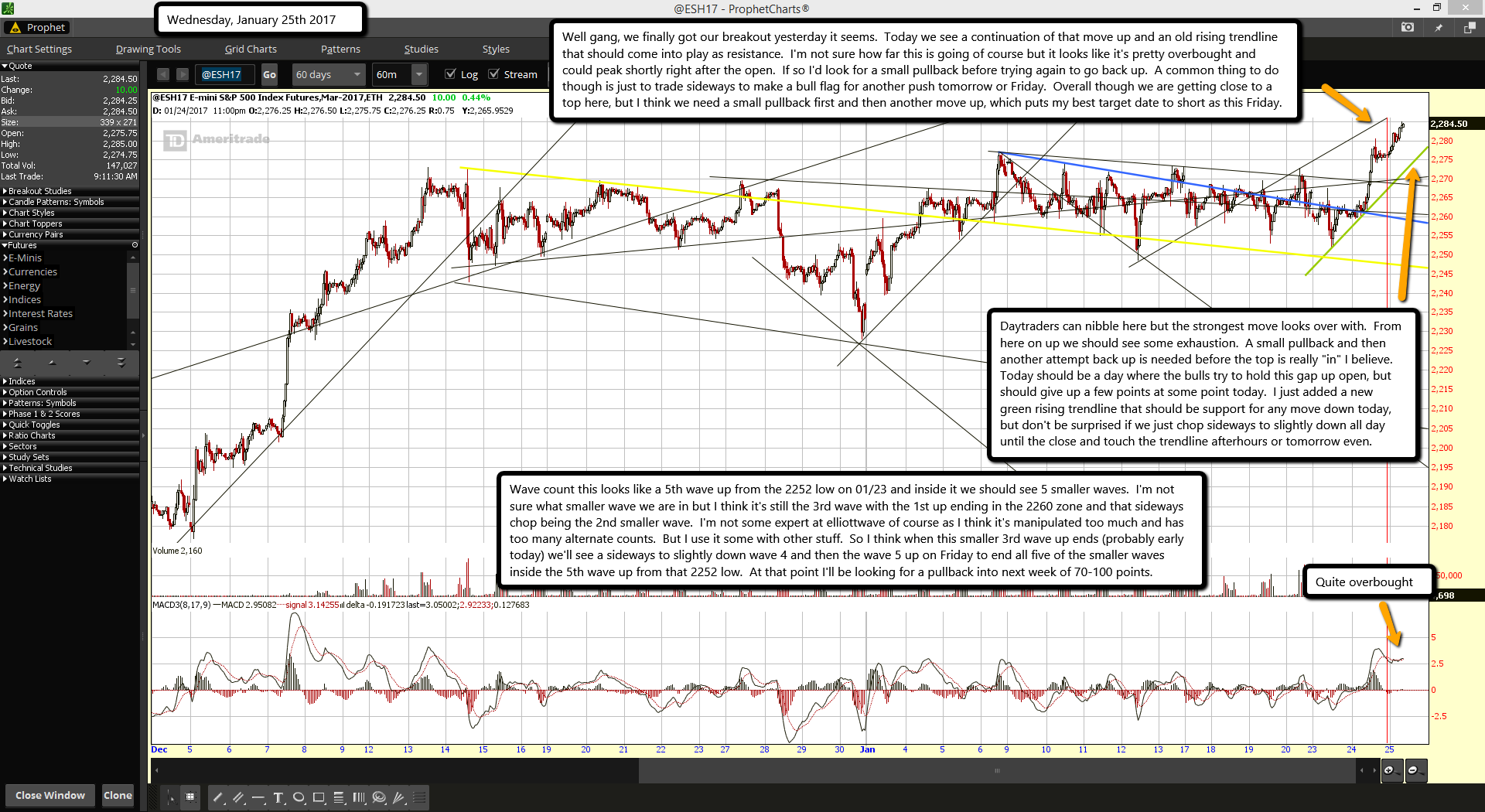 Well gang, we finally got our breakout yesterday it seems.  Today we see a continuation of that move up and an old rising trendline that should come into play as resistance.  I'm not sure how far this is going of course but it looks like it's pretty overbought and could peak shortly right after the open.  If so I'd look for a small pullback before trying again to go back up.  A common thing to do though is just to trade sideways to make a bull flag for another push tomorrow or Friday.  Overall though we are getting close to a top here, but I think we need a small pullback first and then another move up, which puts my best target date to short as this Friday.

Daytraders can nibble here but the strongest move looks over with.  From here on up we should see some exhaustion.  A small pullback and then another attempt back up is needed before the top is really "in" I believe.  Today should be a day where the bulls try to hold this gap up open, but should give up a few points at some point today.  I just added a new green rising trendline that should be support for any move down today, but don't be surprised if we just chop sideways to slightly down all day until the close and touch the trendline afterhours or tomorrow even.

Wave count this looks like a 5th wave up from the 2252 low on 01/23 and inside it we should see 5 smaller waves.  I'm not sure what smaller wave we are in but I think it's still the 3rd wave with the 1st up ending in the 2260 zone and that sideways chop being the 2nd smaller wave.  I'm not some expert at elliottwave of course as I think it's manipulated too much and has too many alternate counts.  But I use it some with other stuff.  So I think when this smaller 3rd wave up ends (probably early today) we'll see a sideways to slightly down wave 4 and then the wave 5 up on Friday to end all five of the smaller waves inside the 5th wave up from that 2252 low.  At that point I'll be looking for a pullback into next week of 70-100 points.