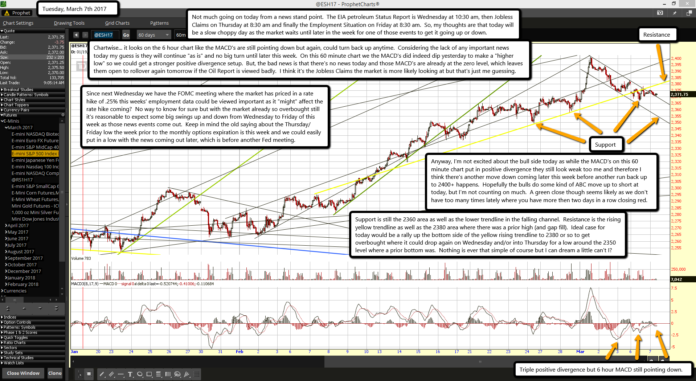 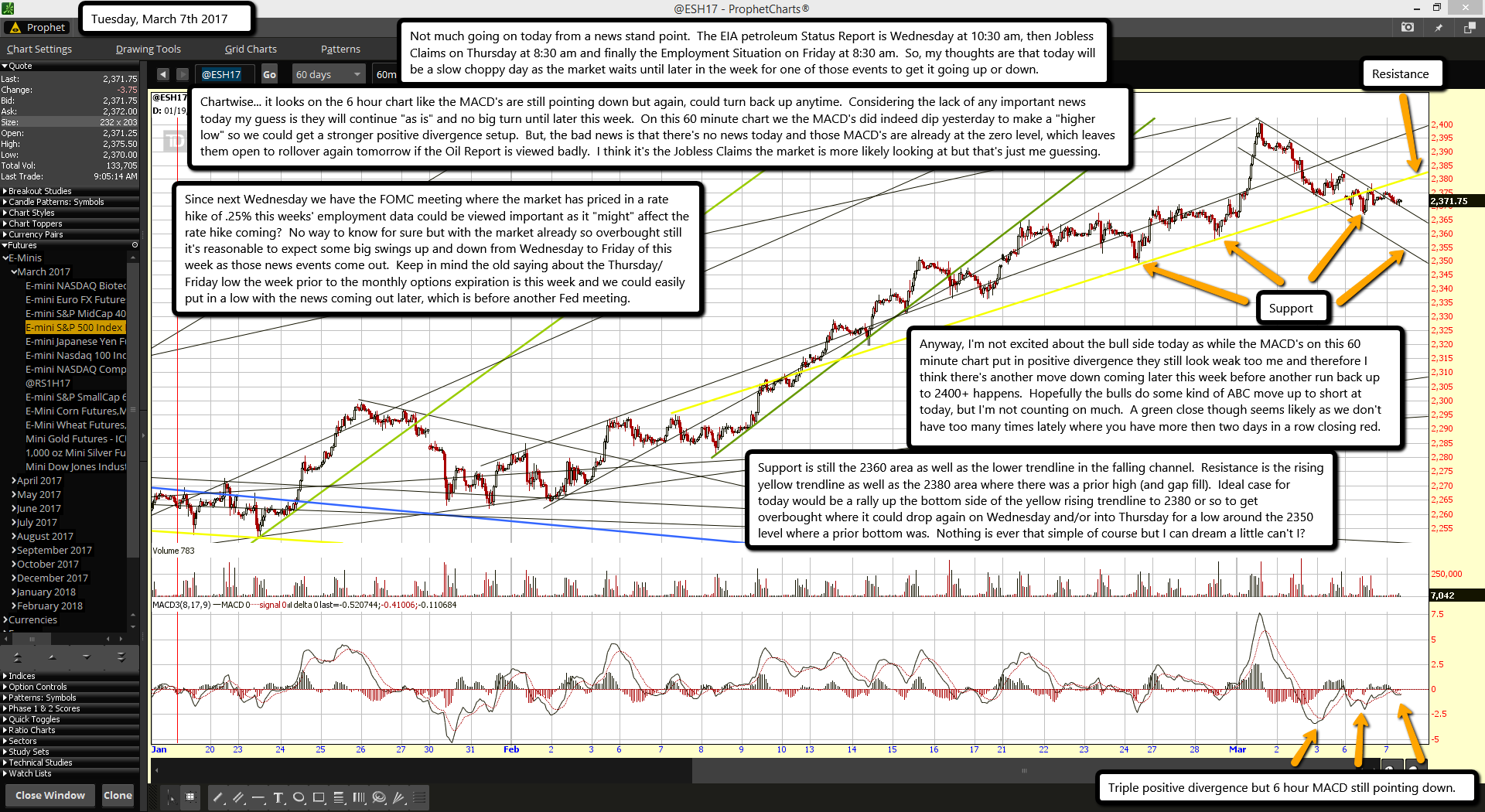 Not much going on today from a news stand point.  The EIA petroleum Status Report is Wednesday at 10:30 am, then Jobless Claims on Thursday at 8:30 am and finally the Employment Situation on Friday at 8:30 am.  So, my thoughts are that today will be a slow choppy day as the market waits until later in the week for one of those events to get it going up or down.

Chartwise... it looks on the 6 hour chart like the MACD's are still pointing down but again, could turn back up anytime.  Considering the lack of any important news today my guess is they will continue "as is" and no big turn until later this week.  On this 60 minute chart we the MACD's did indeed dip yesterday to make a "higher low" so we could get a stronger positive divergence setup.  But, the bad news is that there's no news today and those MACD's are already at the zero level, which leaves them open to rollover again tomorrow if the Oil Report is viewed badly.  I think it's the Jobless Claims the market is more likely looking at but that's just me guessing.

Since next Wednesday we have the FOMC meeting where the market has priced in a rate hike of .25% this weeks' employment data could be viewed important as it "might" affect the rate hike coming?  No way to know for sure but with the market already so overbought still it's reasonable to expect some big swings up and down from Wednesday to Friday of this week as those news events come out.  Keep in mind the old saying about the Thursday/Friday low the week prior to the monthly options expiration is this week and we could easily put in a low with the news coming out later, which is before another Fed meeting.

Anyway, I'm not excited about the bull side today as while the MACD's on this 60 minute chart put in positive divergence they still look weak too me and therefore I think there's another move down coming later this week before another run back up to 2400+ happens.  Hopefully the bulls do some kind of ABC move up to short at today, but I'm not counting on much.  A green close though seems likely as we don't have too many times lately where you have more then two days in a row closing red.

Support is still the 2360 area as well as the lower trendline in the falling channel.  Resistance is the rising yellow trendline as well as the 2380 area where there was a prior high (and gap fill).  Ideal case for today would be a rally up the bottom side of the yellow rising trendline to 2380 or so to get overbought where it could drop again on Wednesday and/or into Thursday for a low around the 2350 level where a prior bottom was.  Nothing is ever that simple of course but I can dream a little can't I?