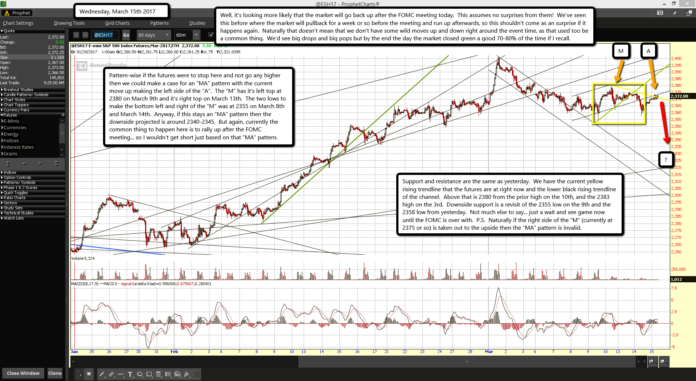 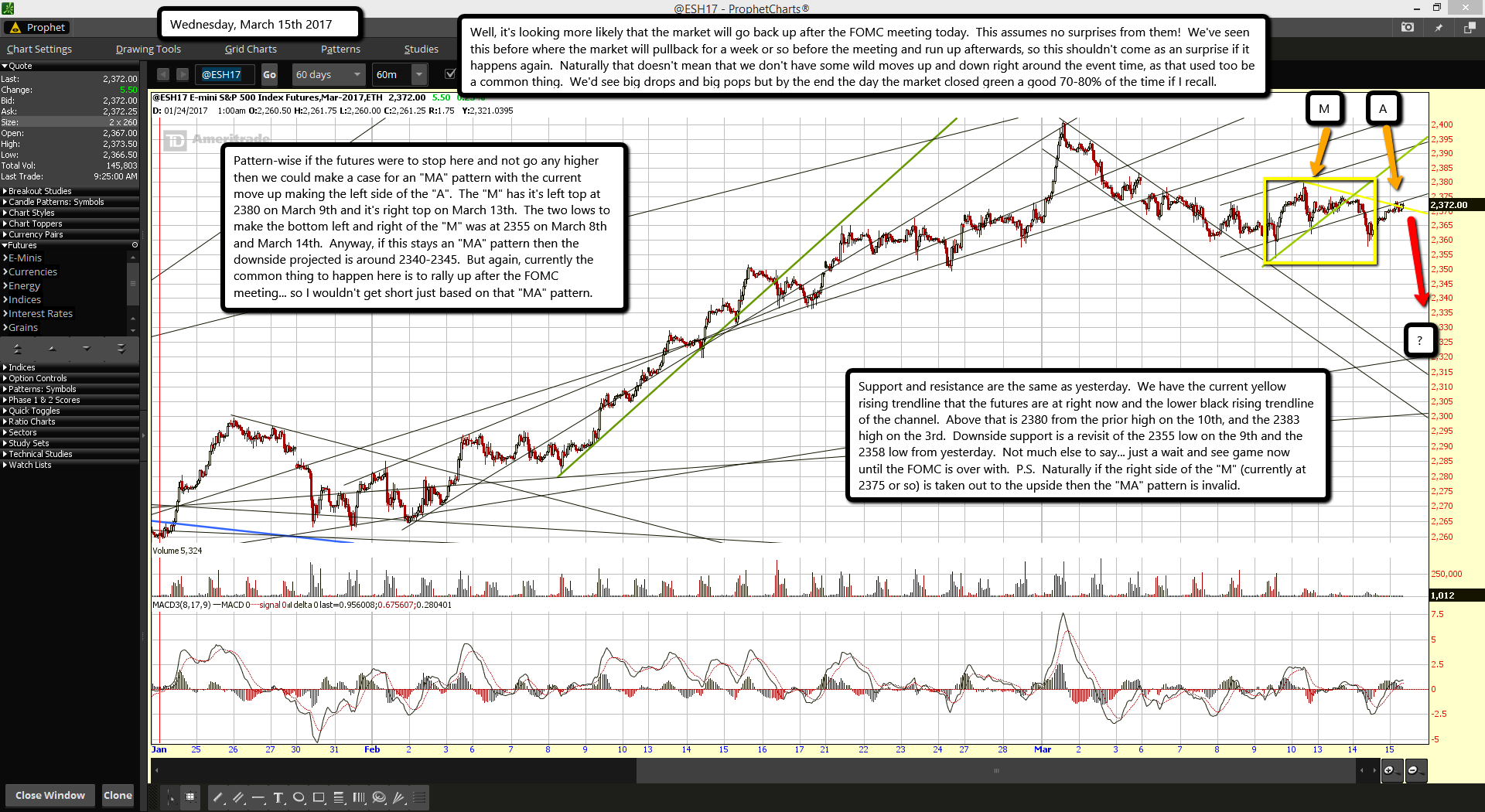 Well, it's looking more likely that the market will go back up after the FOMC meeting today.  This assumes no surprises from them!  We've seen this before where the market will pullback for a week or so before the meeting and run up afterwards, so this shouldn't come as an surprise if it happens again.  Naturally that doesn't mean that we don't have some wild moves up and down right around the event time, as that used too be a common thing.  We'd see big drops and big pops but by the end the day the market closed green a good 70-80% of the time if I recall.

Pattern-wise if the futures were to stop here and not go any higher then we could make a case for an "MA" pattern with the current move up making the left side of the "A".  The "M" has it's left top at 2380 on March 9th and it's right top on March 13th.  The two lows to make the bottom left and right of the "M" was at 2355 on March 8th and March 14th.  Anyway, if this stays an "MA" pattern then the downside projected is around 2340-2345.  But again, currently the common thing to happen here is to rally up after the FOMC meeting... so I wouldn't get short just based on that "MA" pattern.

Support and resistance are the same as yesterday.  We have the current yellow rising trendline that the futures are at right now and the lower black rising trendline of the channel.  Above that is 2380 from the prior high on the 10th, and the 2383 high on the 3rd.  Downside support is a revisit of the 2355 low on the 9th and the 2358 low from yesterday.  Not much else to say... just a wait and see game now until the FOMC is over with.  P.S.  Naturally if the right side of the "M" (currently at 2375 or so) is taken out to the upside then the "MA" pattern is invalid.