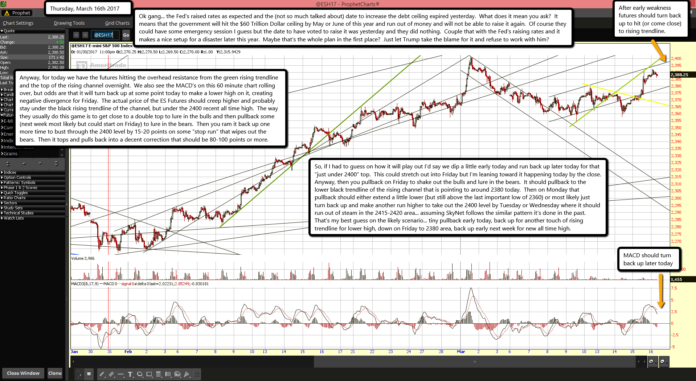 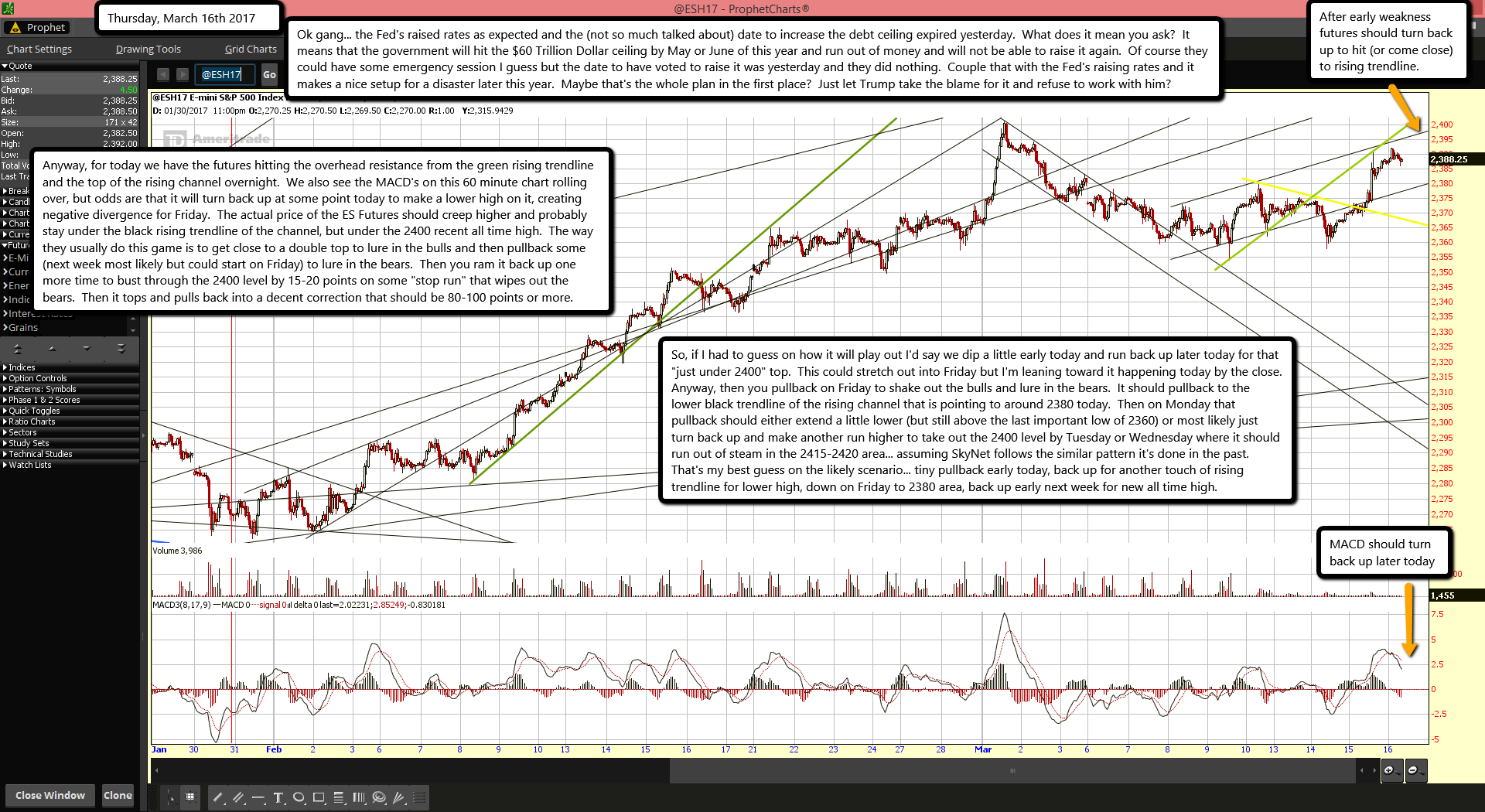 Ok gang... the Fed's raised rates as expected and the (not so much talked about) date to increase the debt ceiling expired yesterday.  What does it mean you ask?  It means that the government will hit the $60 Trillion Dollar ceiling by May or June of this year and run out of money and will not be able to raise it again.  Of course they could have some emergency session I guess but the date to have voted to raise it was yesterday and they did nothing.  Couple that with the Fed's raising rates and it makes a nice setup for a disaster later this year.  Maybe that's the whole plan in the first place?  Just let Trump take the blame for it and refuse to work with him?

Anyway, for today we have the futures hitting the overhead resistance from the green rising trendline and the top of the rising channel overnight.  We also see the MACD's on this 60 minute chart rolling over, but odds are that it will turn back up at some point today to make a lower high on it, creating negative divergence for Friday.  The actual price of the ES Futures should creep higher and probably stay under the black rising trendline of the channel, but under the 2400 recent all time high.  The way they usually do this game is to get close to a double top to lure in the bulls and then pullback some (next week most likely but could start on Friday) to lure in the bears.  Then you ram it back up one more time to bust through the 2400 level by 15-20 points on some "stop run" that wipes out the bears.  Then it tops and pulls back into a decent correction that should be 80-100 points or more.

So, if I had to guess on how it will play out I'd say we dip a little early today and run back up later today for that "just under 2400" top.  This could stretch out into Friday but I'm leaning toward it happening today by the close.  Anyway, then you pullback on Friday to shake out the bulls and lure in the bears.  It should pullback to the lower black trendline of the rising channel that is pointing to around 2380 today.  Then on Monday that pullback should either extend a little lower (but still above the last important low of 2360) or most likely just turn back up and make another run higher to take out the 2400 level by Tuesday or Wednesday where it should run out of steam in the 2415-2420 area... assuming SkyNet follows the similar pattern it's done in the past.  That's my best guess on the likely scenario... tiny pullback early today, back up for another touch of rising trendline for lower high, down on Friday to 2380 area, back up early next week for new all time high.