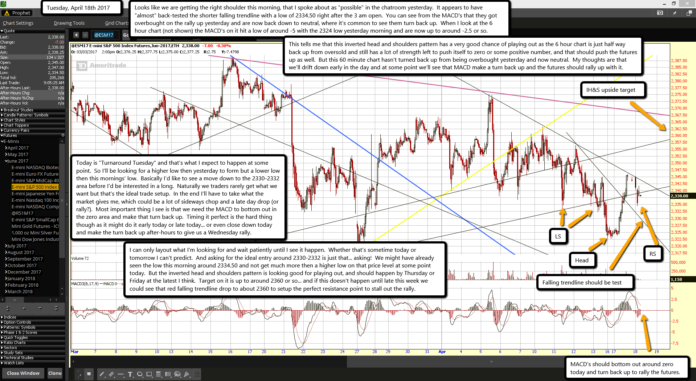 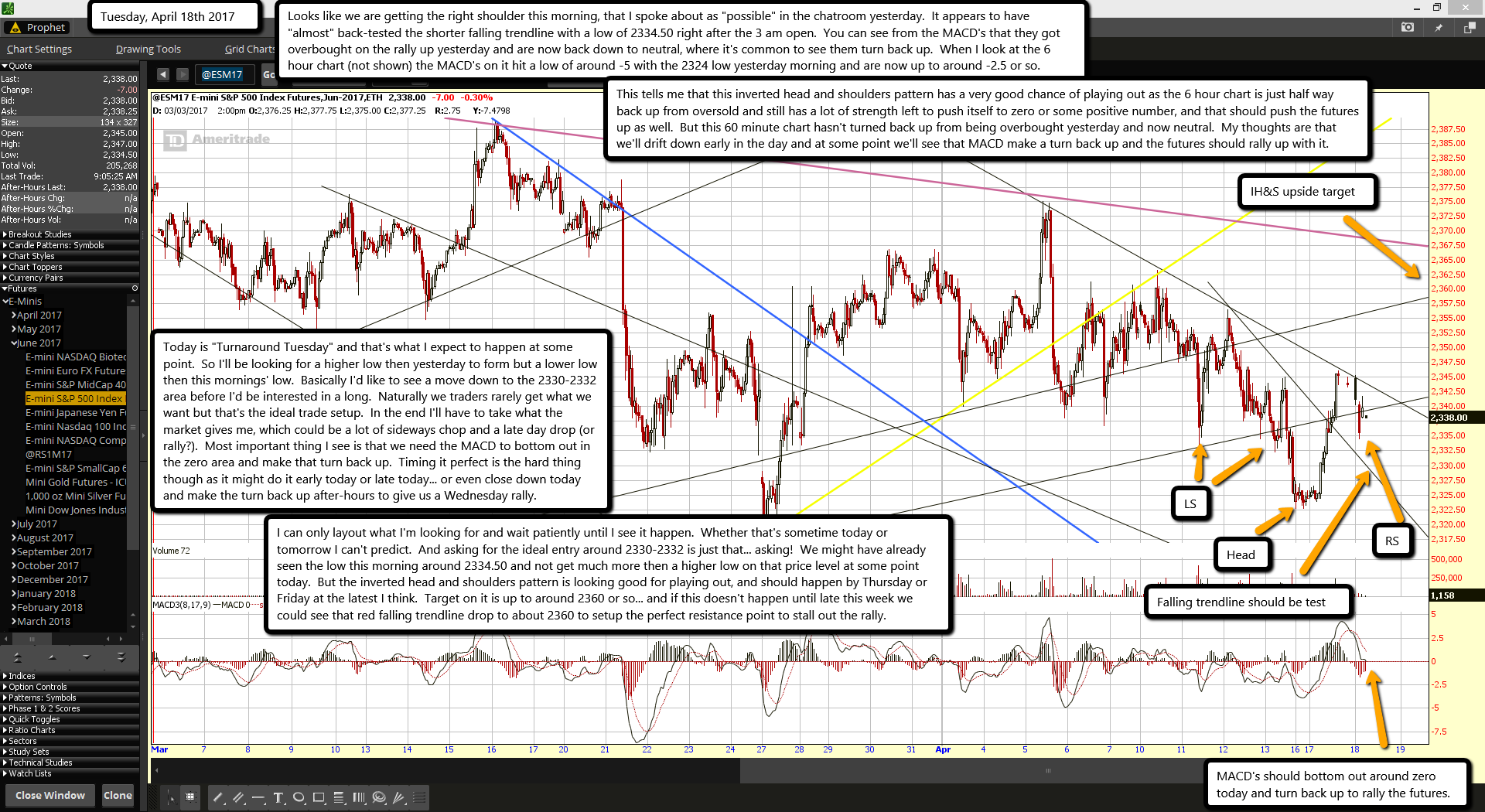 Looks like we are getting the right shoulder this morning, that I spoke about as "possible" in the chatroom yesterday.  It appears to have "almost" back-tested the shorter falling trendline with a low of 2334.50 right after the 3 am open.  You can see from the MACD's that they got overbought on the rally up yesterday and are now back down to neutral, where it's common to see them turn back up.  When I look at the 6 hour chart (not shown) the MACD's on it hit a low of around -5 with the 2324 low yesterday morning and are now up to around -2.5 or so.

This tells me that this inverted head and shoulders pattern has a very good chance of playing out as the 6 hour chart is just half way back up from oversold and still has a lot of strength left to push itself to zero or some positive number, and that should push the futures up as well.  But this 60 minute chart hasn't turned back up from being overbought yesterday and now neutral.  My thoughts are that we'll drift down early in the day and at some point we'll see that MACD make a turn back up and the futures should rally up with it.

Today is "Turnaround Tuesday" and that's what I expect to happen at some point.  So I'll be looking for a higher low then yesterday to form but a lower low then this mornings' low.  Basically I'd like to see a move down to the 2330-2332 area before I'd be interested in a long.  Naturally we traders rarely get what we want but that's the ideal trade setup.  In the end I'll have to take what the market gives me, which could be a lot of sideways chop and a late day drop (or rally?).  Most important thing I see is that we need the MACD to bottom out in the zero area and make that turn back up.  Timing it perfect is the hard thing though as it might do it early today or late today... or even close down today and make the turn back up after-hours to give us a Wednesday rally.

I can only layout what I'm looking for and wait patiently until I see it happen.  Whether that's sometime today or tomorrow I can't predict.  And asking for the ideal entry around 2330-2332 is just that... asking!  We might have already seen the low this morning around 2334.50 and not get much more then a higher low on that price level at some point today.  But the inverted head and shoulders pattern is looking good for playing out, and should happen by Thursday or Friday at the latest I think.  Target on it is up to around 2360 or so... and if this doesn't happen until late this week we could see that red falling trendline drop to about 2360 to setup the perfect resistance point to stall out the rally.