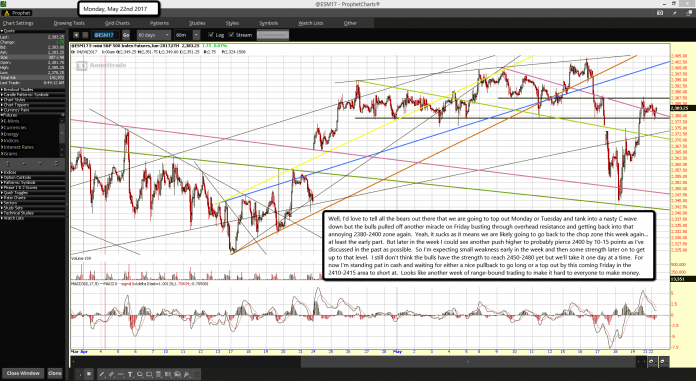 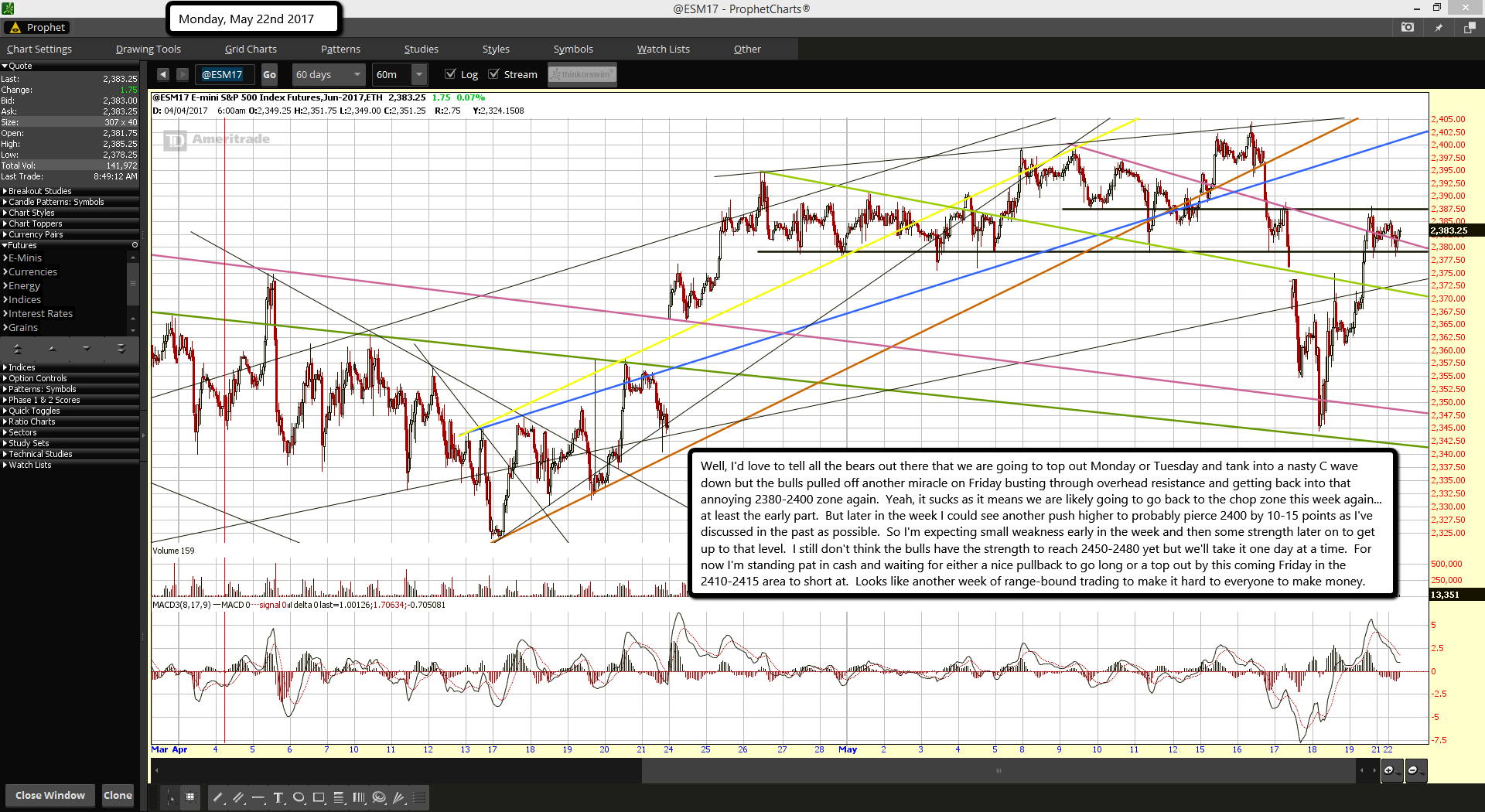 Well, I'd love to tell all the bears out there that we are going to top out Monday or Tuesday and tank into a nasty C wave down but the bulls pulled off another miracle on Friday busting through overhead resistance and getting back into that annoying 2380-2400 zone again.  Yeah, it sucks as it means we are likely going to go back to the chop zone this week again... at least the early part.  But later in the week I could see another push higher to probably pierce 2400 by 10-15 points as I've discussed in the past as possible.  So I'm expecting small weakness early in the week and then some strength later on to get up to that level.  I still don't think the bulls have the strength to reach 2450-2480 yet but we'll take it one day at a time.  For now I'm standing pat in cash and waiting for either a nice pullback to go long or a top out by this coming Friday in the 2410-2415 area to short at.  Looks like another week of range-bound trading to make it hard to everyone to make money.