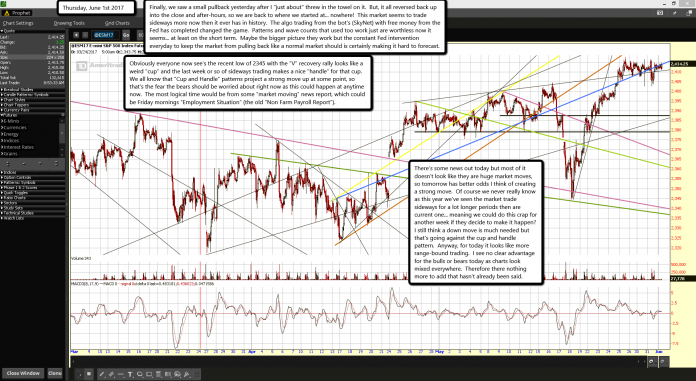 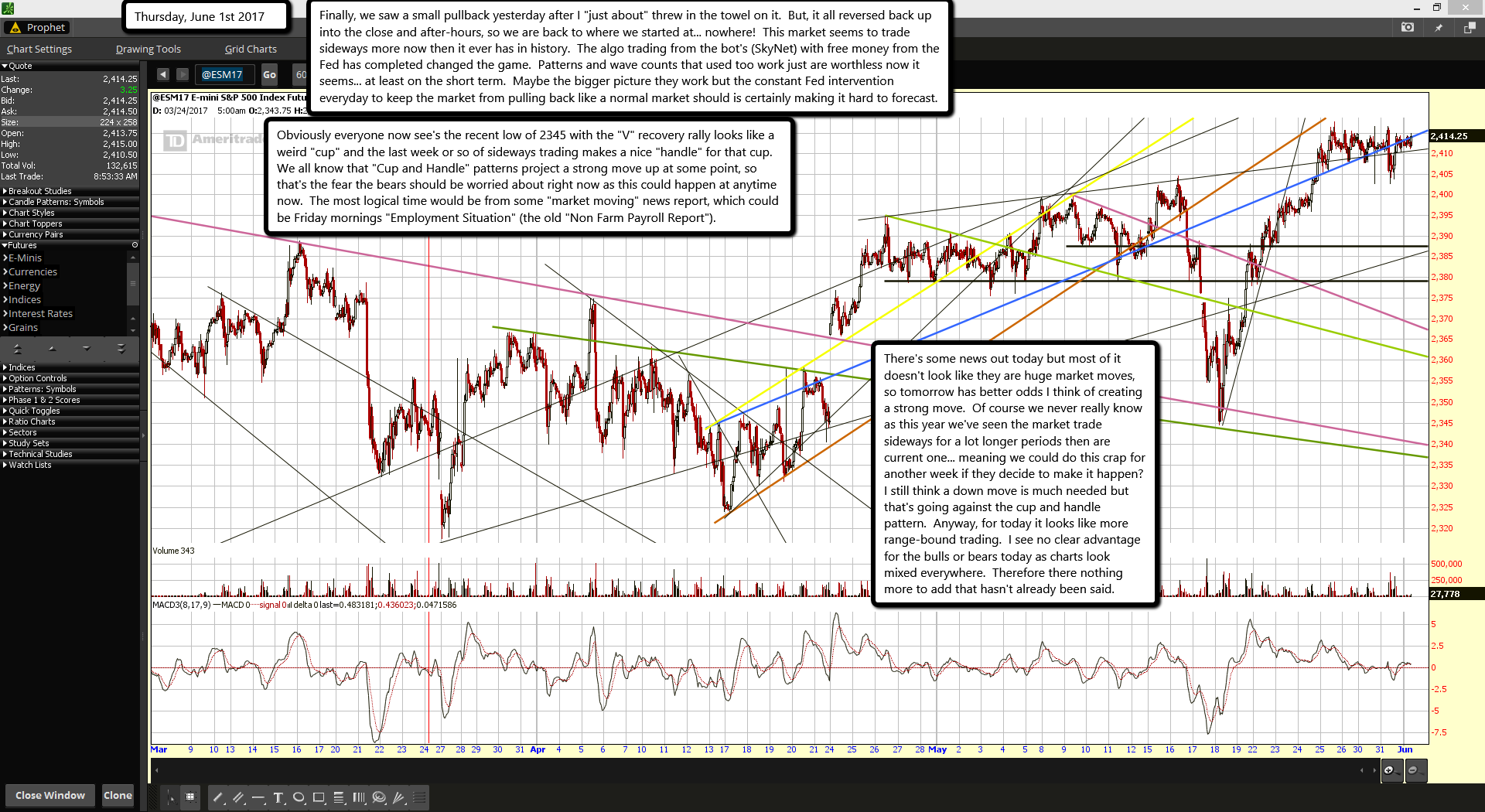 Finally, we saw a small pullback yesterday after I "just about" threw in the towel on it.  But, it all reversed back up into the close and after-hours, so we are back to where we started at... nowhere!  This market seems to trade sideways more now then it ever has in history.  The algo trading from the bot's (SkyNet) with free money from the Fed has completed changed the game.  Patterns and wave counts that used too work just are worthless now it seems... at least on the short term.  Maybe the bigger picture they work but the constant Fed intervention everyday to keep the market from pulling back like a normal market should is certainly making it hard to forecast.

Obviously everyone now see's the recent low of 2345 with the "V" recovery rally looks like a weird "cup" and the last week or so of sideways trading makes a nice "handle" for that cup.  We all know that "Cup and Handle" patterns project a strong move up at some point, so that's the fear the bears should be worried about right now as this could happen at anytime now.  The most logical time would be from some "market moving" news report, which could be Friday mornings "Employment Situation" (the old "Non Farm Payroll Report").

There's some news out today but most of it doesn't look like they are huge market moves, so tomorrow has better odds I think of creating a strong move.  Of course we never really know as this year we've seen the market trade sideways for a lot longer periods then are current one... meaning we could do this crap for another week if they decide to make it happen?  I still think a down move is much needed but that's going against the cup and handle pattern.  Anyway, for today it looks like more range-bound trading.  I see no clear advantage for the bulls or bears today as charts look mixed everywhere.  Therefore there nothing more to add that hasn't already been said.