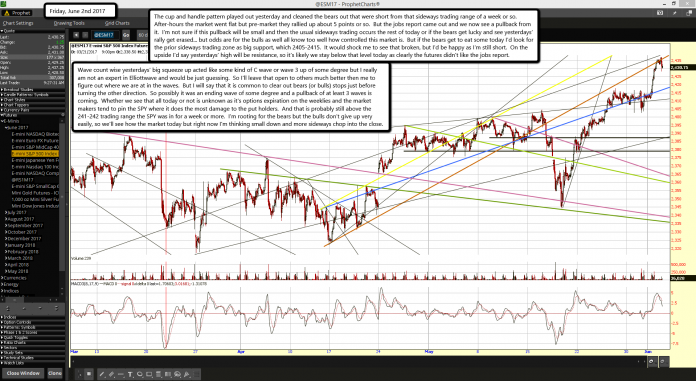 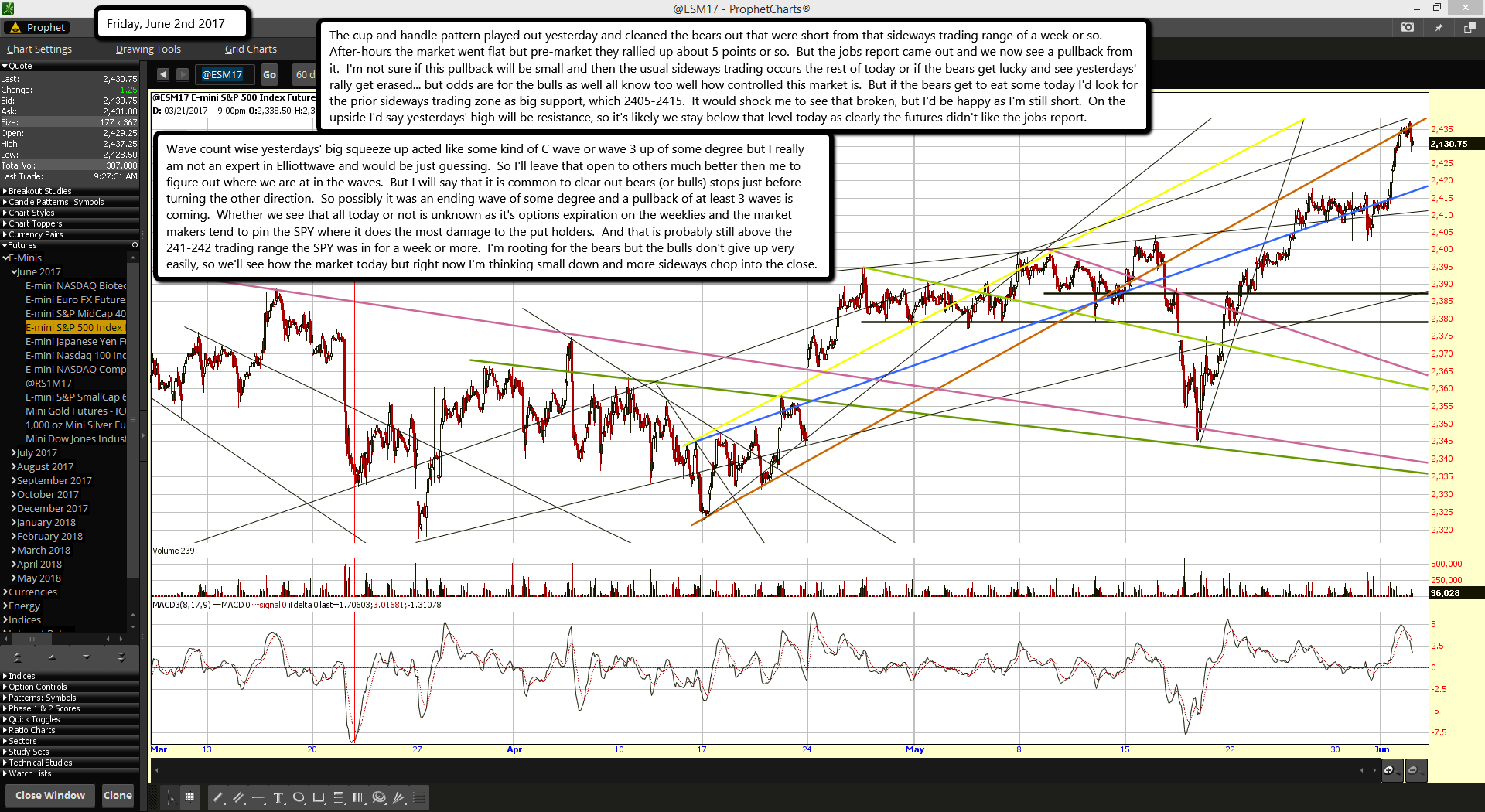 The cup and handle pattern played out yesterday and cleaned the bears out that were short from that sideways trading range of a week or so.  After-hours the market went flat but pre-market they rallied up about 5 points or so.  But the jobs report came out and we now see a pullback from it.  I'm not sure if this pullback will be small and then the usual sideways trading occurs the rest of today or if the bears get lucky and see yesterdays' rally get erased... but odds are for the bulls as well all know too well how controlled this market is.  But if the bears get to eat some today I'd look for the prior sideways trading zone as big support, which 2405-2415.  It would shock me to see that broken, but I'd be happy as I'm still short.  On the upside I'd say yesterdays' high will be resistance, so it's likely we stay below that level today as clearly the futures didn't like the jobs report.

Wave count wise yesterdays' big squeeze up acted like some kind of C wave or wave 3 up of some degree but I really am not an expert in Elliottwave and would be just guessing.  So I'll leave that open to others much better then me to figure out where we are at in the waves.  But I will say that it is common to clear out bears (or bulls) stops just before turning the other direction.  So possibly it was an ending wave of some degree and a pullback of at least 3 waves is coming.  Whether we see that all today or not is unknown as it's options expiration on the weeklies and the market makers tend to pin the SPY where it does the most damage to the put holders.  And that is probably still above the 241-242 trading range the SPY was in for a week or more.  I'm rooting for the bears but the bulls don't give up very easily, so we'll see how the market today but right now I'm thinking small down and more sideways chop into the close.