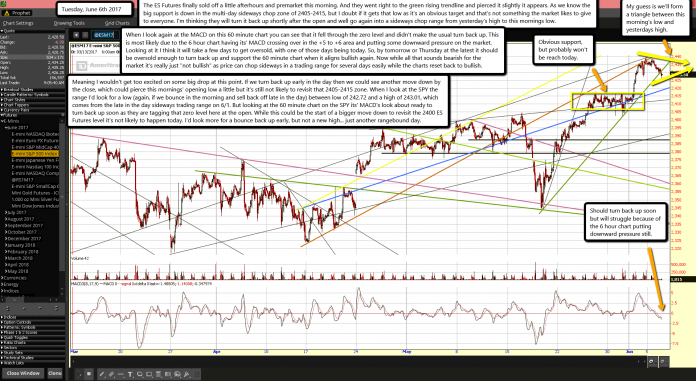 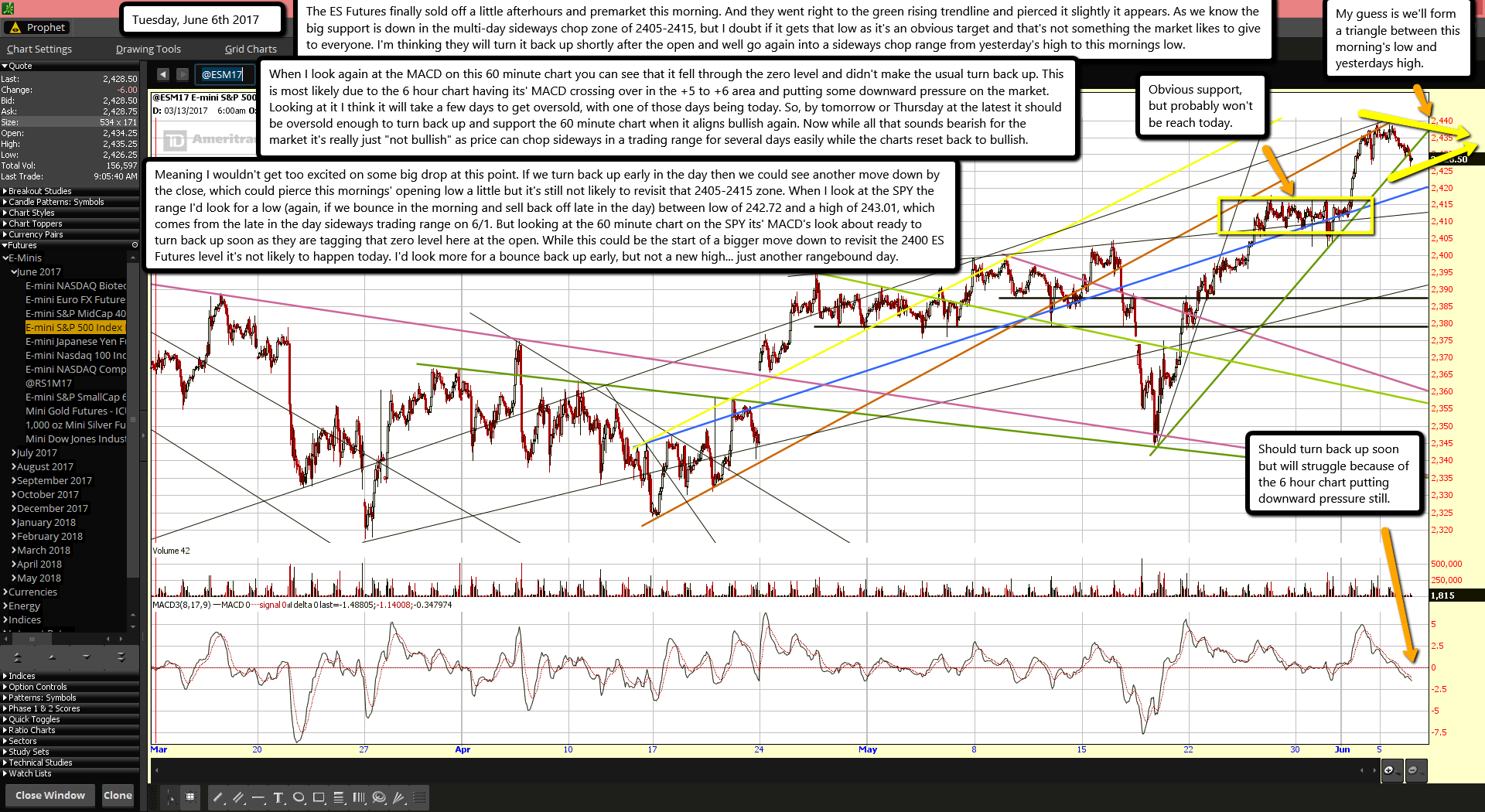 The ES Futures finally sold off a little afterhours and premarket this morning. And they went right to the green rising trendline and pierced it slightly it appears. As we know the big support is down in the multi-day sideways chop zone of 2405-2415, but I doubt if it gets that low as it's an obvious target and that's not something the market likes to give to everyone. I'm thinking they will turn it back up shortly after the open and well go again into a sideways chop range from yesterday's high to this mornings low.

When I look again at the MACD on this 60 minute chart you can see that it fell through the zero level and didn't make the usual turn back up. This is most likely due to the 6 hour chart having its' MACD crossing over in the +5 to +6 area and putting some downward pressure on the market. Looking at it I think it will take a few days to get oversold, with one of those days being today. So, by tomorrow or Thursday at the latest it should be oversold enough to turn back up and support the 60 minute chart when it aligns bullish again. Now while all that sounds bearish for the market it's really just "not bullish" as price can chop sideways in a trading range for several days easily while the charts reset back to bullish.

Meaning I wouldn't get too excited on some big drop at this point. If we turn back up early in the day then we could see another move down by the close, which could pierce this mornings' opening low a little but it's still not likely to revisit that 2405-2415 zone. When I look at the SPY the range I'd look for a low (again, if we bounce in the morning and sell back off late in the day) between low of 242.72 and a high of 243.01, which comes from the late in the day sideways trading range on 6/1. But looking at the 60 minute chart on the SPY its' MACD's look about ready to turn back up soon as they are tagging that zero level here at the open. While this could be the start of a bigger move down to revisit the 2400 ES Futures level it's not likely to happen today. I'd look more for a bounce back up early, but not a new high... just another rangebound day.