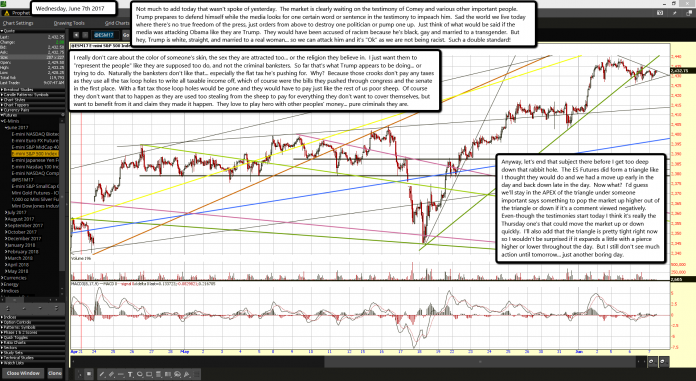 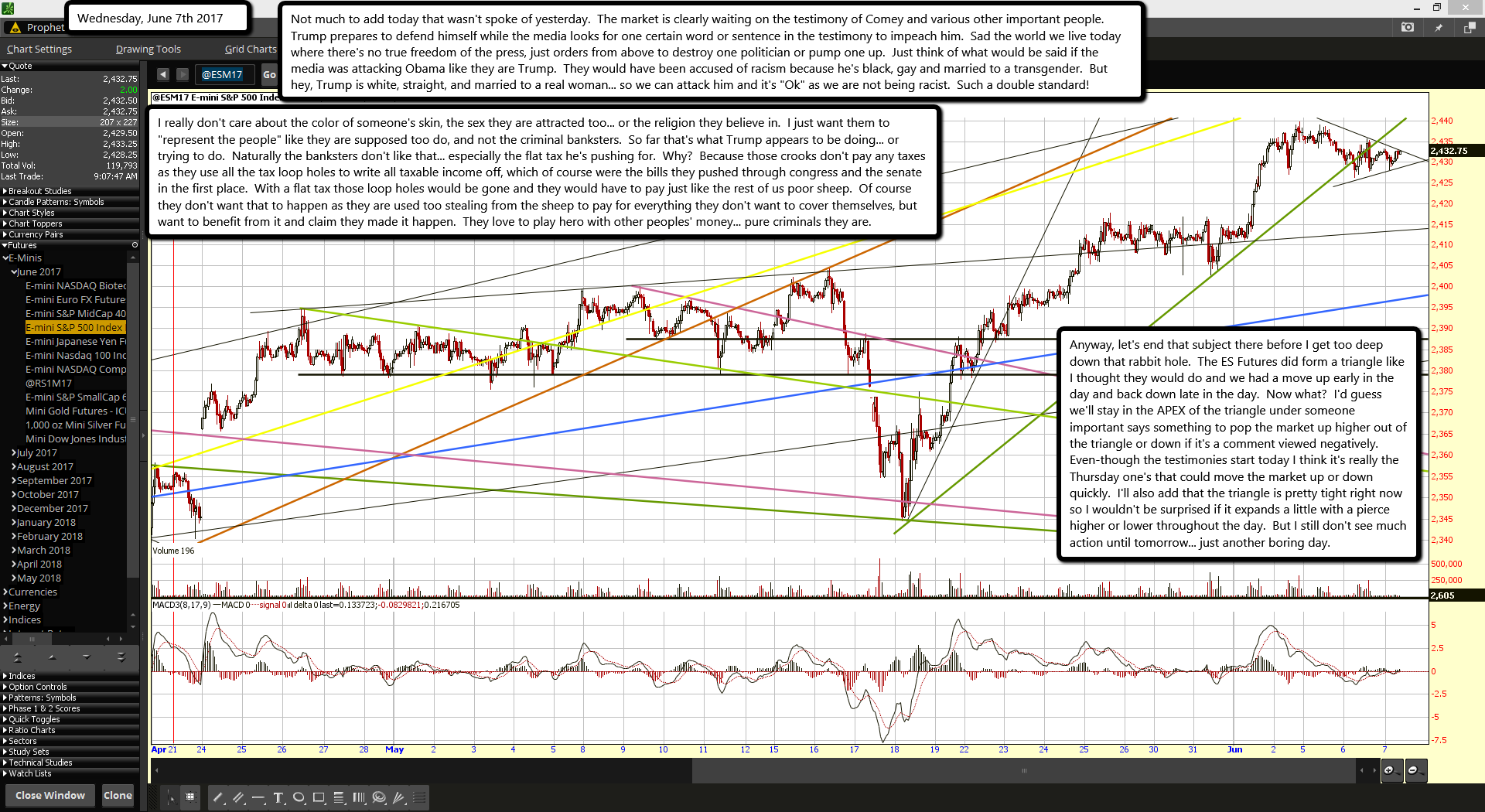 Not much to add today that wasn't spoke of yesterday.  The market is clearly waiting on the testimony of Comey and various other important people.  Trump prepares to defend himself while the media looks for one certain word or sentence in the testimony to impeach him.  Sad the world we live today where there's no true freedom of the press, just orders from above to destroy one politician or pump one up.  Just think of what would be said if the media was attacking Obama like they are Trump.  They would have been accused of racism because he's black, gay and married to a transgender.  But hey, Trump is white, straight, and married to a real woman... so we can attack him and it's "Ok" as we are not being racist.  Such a double standard!

I really don't care about the color of someone's skin, the sex they are attracted too... or the religion they believe in.  I just want them to "represent the people" like they are supposed too do, and not the criminal banksters.  So far that's what Trump appears to be doing... or trying to do.  Naturally the banksters don't like that... especially the flat tax he's pushing for.  Why?  Because those crooks don't pay any taxes as they use all the tax loop holes to write all taxable income off, which of course were the bills they pushed through congress and the senate in the first place.  With a flat tax those loop holes would be gone and they would have to pay just like the rest of us poor sheep.  Of course they don't want that to happen as they are used too stealing from the sheep to pay for everything they don't want to cover themselves, but want to benefit from it and claim they made it happen.  They love to play hero with other peoples' money... pure criminals they are.

Anyway, let's end that subject there before I get too deep down that rabbit hole.  The ES Futures did form a triangle like I thought they would do and we had a move up early in the day and back down late in the day.  Now what?  I'd guess we'll stay in the APEX of the triangle under someone important says something to pop the market up higher out of the triangle or down if it's a comment viewed negatively.  Even-though the testimonies start today I think it's really the Thursday one's that could move the market up or down quickly.  I'll also add that the triangle is pretty tight right now so I wouldn't be surprised if it expands a little with a pierce higher or lower throughout the day.  But I still don't see much action until tomorrow... just another boring day.