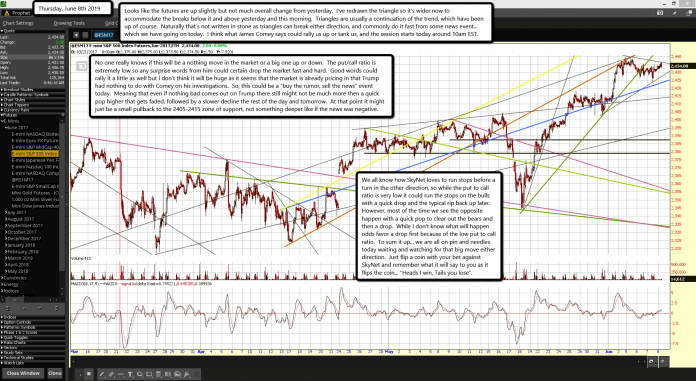 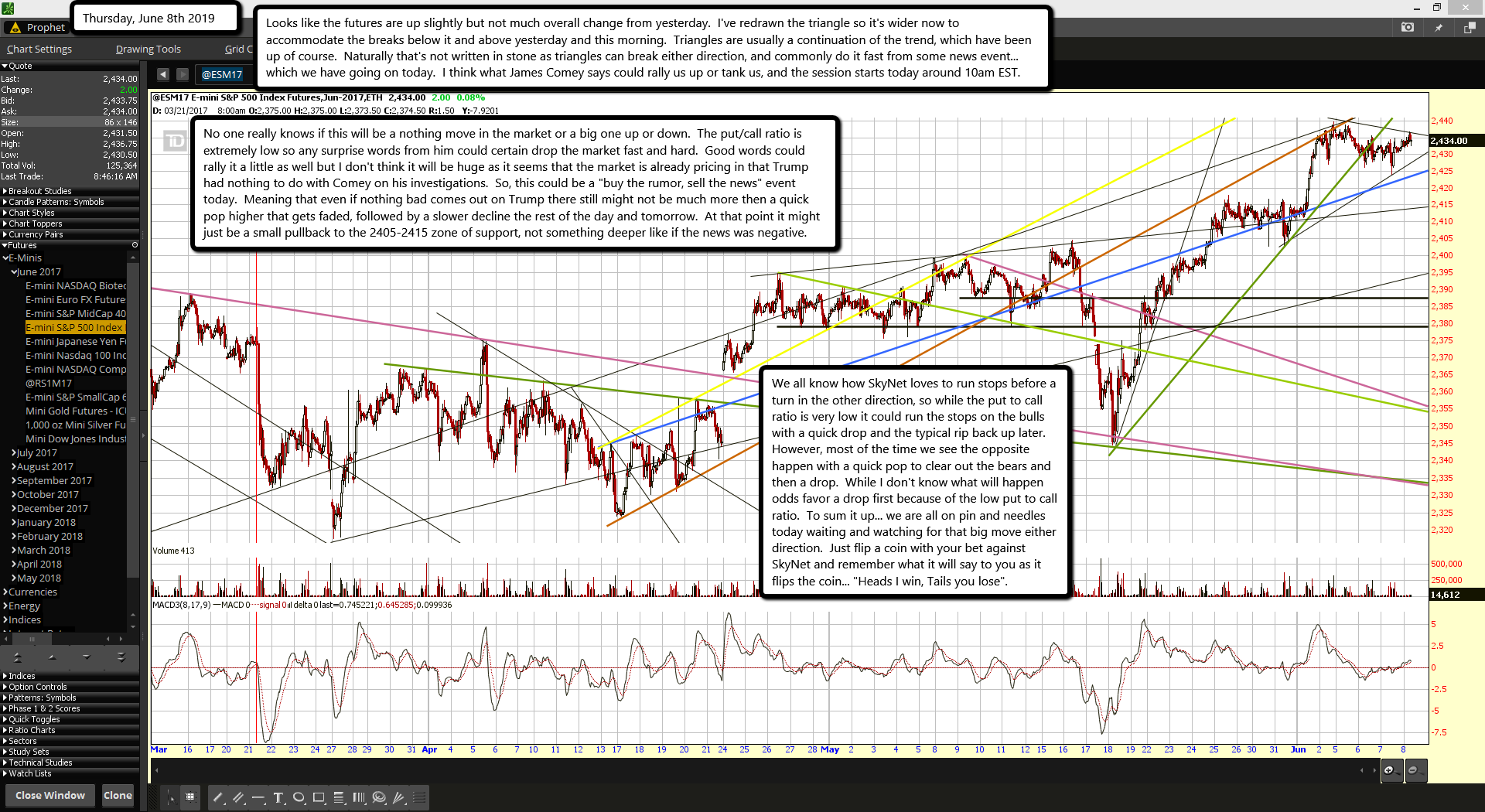 Looks like the futures are up slightly but not much overall change from yesterday.  I've redrawn the triangle so it's wider now to accommodate the breaks below it and above yesterday and this morning.  Triangles are usually a continuation of the trend, which have been up of course.  Naturally that's not written in stone as triangles can break either direction, and commonly do it fast from some news event... which we have going on today.  I think what James Comey says could rally us up or tank us, and the session starts today around 10am EST.

No one really knows if this will be a nothing move in the market or a big one up or down.  The put/call ratio is extremely low so any surprise words from him could certain drop the market fast and hard.  Good words could rally it a little as well but I don't think it will be huge as it seems that the market is already pricing in that Trump had nothing to do with Comey on his investigations.  So, this could be a "buy the rumor, sell the news" event today.  Meaning that even if nothing bad comes out on Trump there still might not be much more then a quick pop higher that gets faded, followed by a slower decline the rest of the day and tomorrow.  At that point it might just be a small pullback to the 2405-2415 zone of support, not something deeper like if the news was negative.

We all know how SkyNet loves to run stops before a turn in the other direction, so while the put to call ratio is very low it could run the stops on the bulls with a quick drop and the typical rip back up later.  However, most of the time we see the opposite happen with a quick pop to clear out the bears and then a drop.  While I don't know what will happen odds favor a drop first because of the low put to call ratio.  To sum it up... we are all on pin and needles today waiting and watching for that big move either direction.  Just flip a coin with your bet against SkyNet and remember what it will say to you as it flips the coin... "Heads I win, Tails you lose".