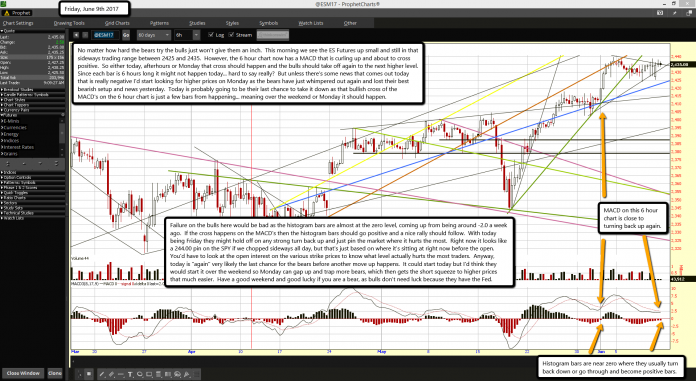 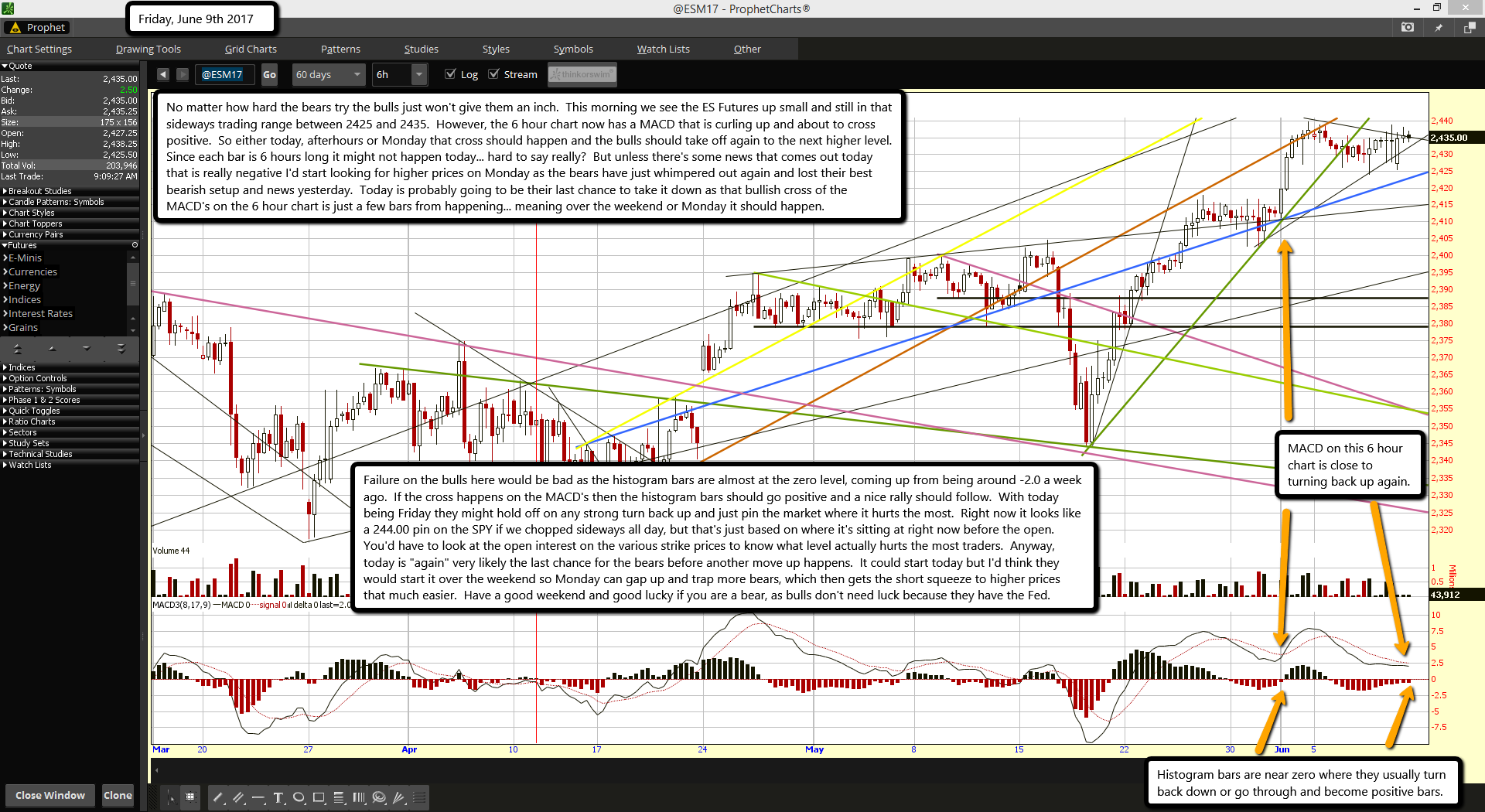 No matter how hard the bears try the bulls just won't give them an inch.  This morning we see the ES Futures up small and still in that sideways trading range between 2425 and 2435.  However, the 6 hour chart now has a MACD that is curling up and about to cross positive.  So either today, afterhours or Monday that cross should happen and the bulls should take off again to the next higher level.  Since each bar is 6 hours long it might not happen today... hard to say really?  But unless there's some news that comes out today that is really negative I'd start looking for higher prices on Monday as the bears have just whimpered out again and lost their best bearish setup and news yesterday.  Today is probably going to be their last chance to take it down as that bullish cross of the MACD's on the 6 hour chart is just a few bars from happening... meaning over the weekend or Monday it should happen.

Failure on the bulls here would be bad as the histogram bars are almost at the zero level, coming up from being around -2.0 a week ago.  If the cross happens on the MACD's then the histogram bars should go positive and a nice rally should follow.  With today being Friday they might hold off on any strong turn back up and just pin the market where it hurts the most.  Right now it looks like a 244.00 pin on the SPY if we chopped sideways all day, but that's just based on where it's sitting at right now before the open.  You'd have to look at the open interest on the various strike prices to know what level actually hurts the most traders.  Anyway, today is "again" very likely the last chance for the bears before another move up happens.  It could start today but I'd think they would start it over the weekend so Monday can gap up and trap more bears, which then gets the short squeeze to higher prices that much easier.  Have a good weekend and good lucky if you are a bear, as bulls don't need luck because they have the Fed.