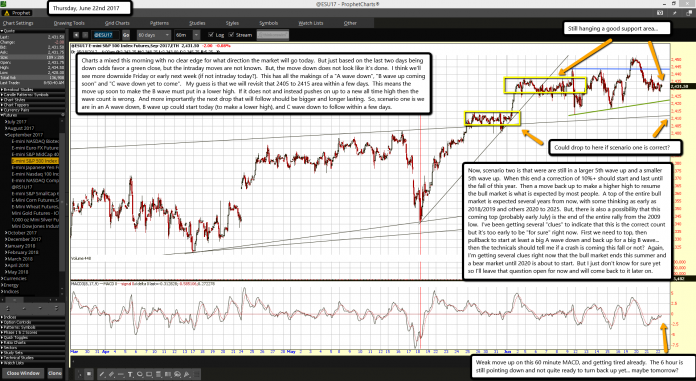 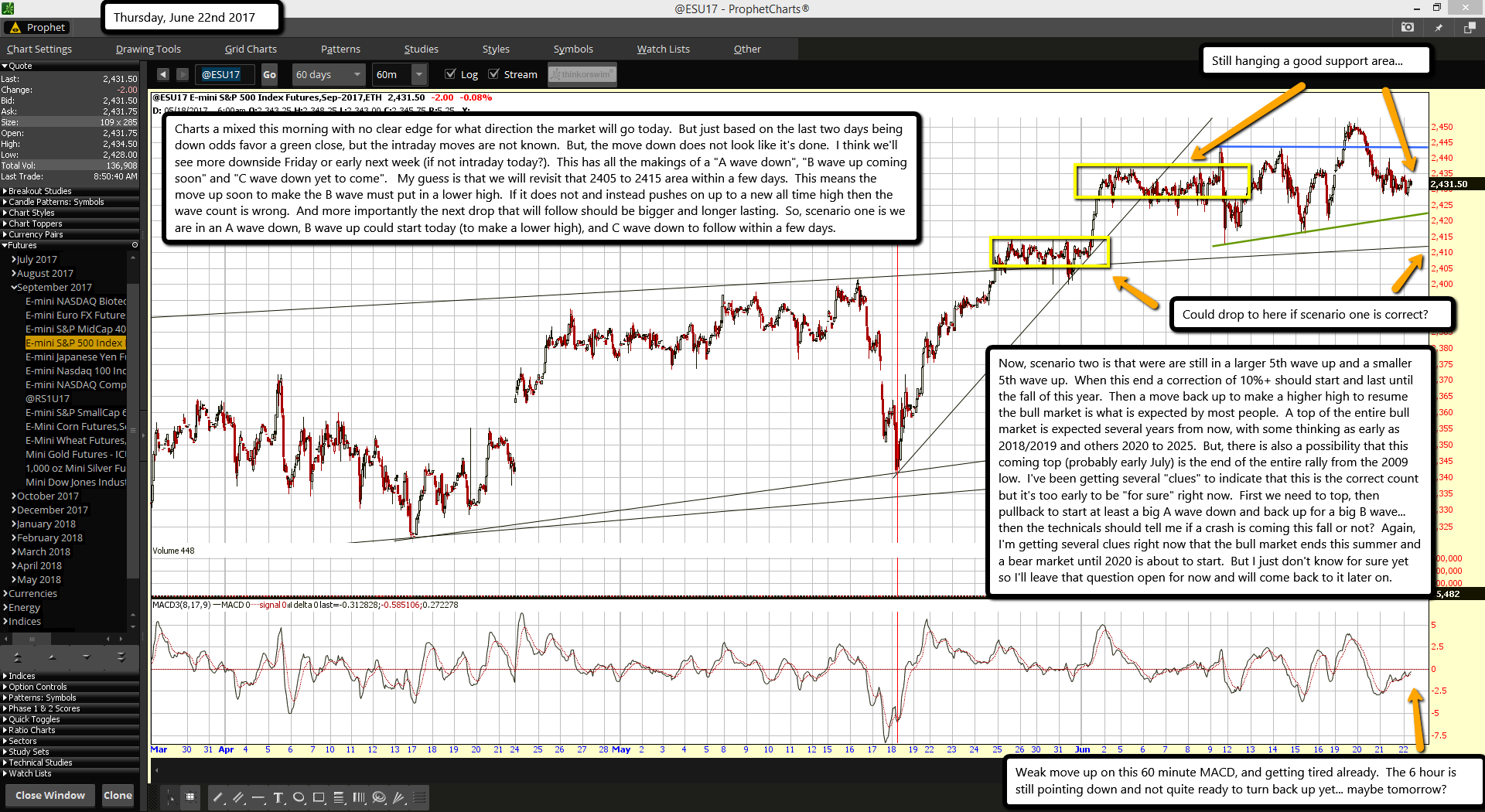 Charts a mixed this morning with no clear edge for what direction the market will go today.  But just based on the last two days being down odds favor a green close, but the intraday moves are not known.  But, the move down does not look like it's done.  I think we'll see more downside Friday or early next week (if not intraday today?).  This has all the makings of a "A wave down", "B wave up coming soon" and "C wave down yet to come".   My guess is that we will revisit that 2405 to 2415 area within a few days.  This means the move up soon to make the B wave must put in a lower high.  If it does not and instead pushes on up to a new all time high then the wave count is wrong.  And more importantly the next drop that will follow should be bigger and longer lasting.  So, scenario one is we are in an A wave down, B wave up could start today (to make a lower high), and C wave down to follow within a few days.

Now, scenario two is that were are still in a larger 5th wave up and a smaller 5th wave up.  When this end a correction of 10%+ should start and last until the fall of this year.  Then a move back up to make a higher high to resume the bull market is what is expected by most people.  A top of the entire bull market is expected several years from now, with some thinking as early as 2018/2019 and others 2020 to 2025.  But, there is also a possibility that this coming top (probably early July) is the end of the entire rally from the 2009 low.  I've been getting several "clues" to indicate that this is the correct count but it's too early to be "for sure" right now.  First we need to top, then pullback to start at least a big A wave down and back up for a big B wave... then the technical's should tell me if a crash is coming this fall or not?  Again, I'm getting several clues right now that the bull market ends this summer and a bear market until 2020 is about to start.  But I just don't know for sure yet so I'll leave that question open for now and will come back to it later on.