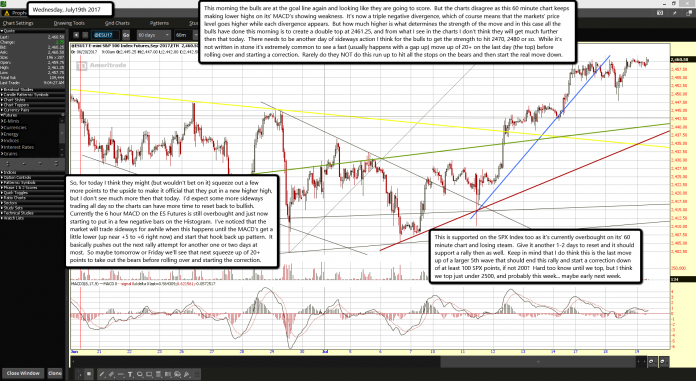 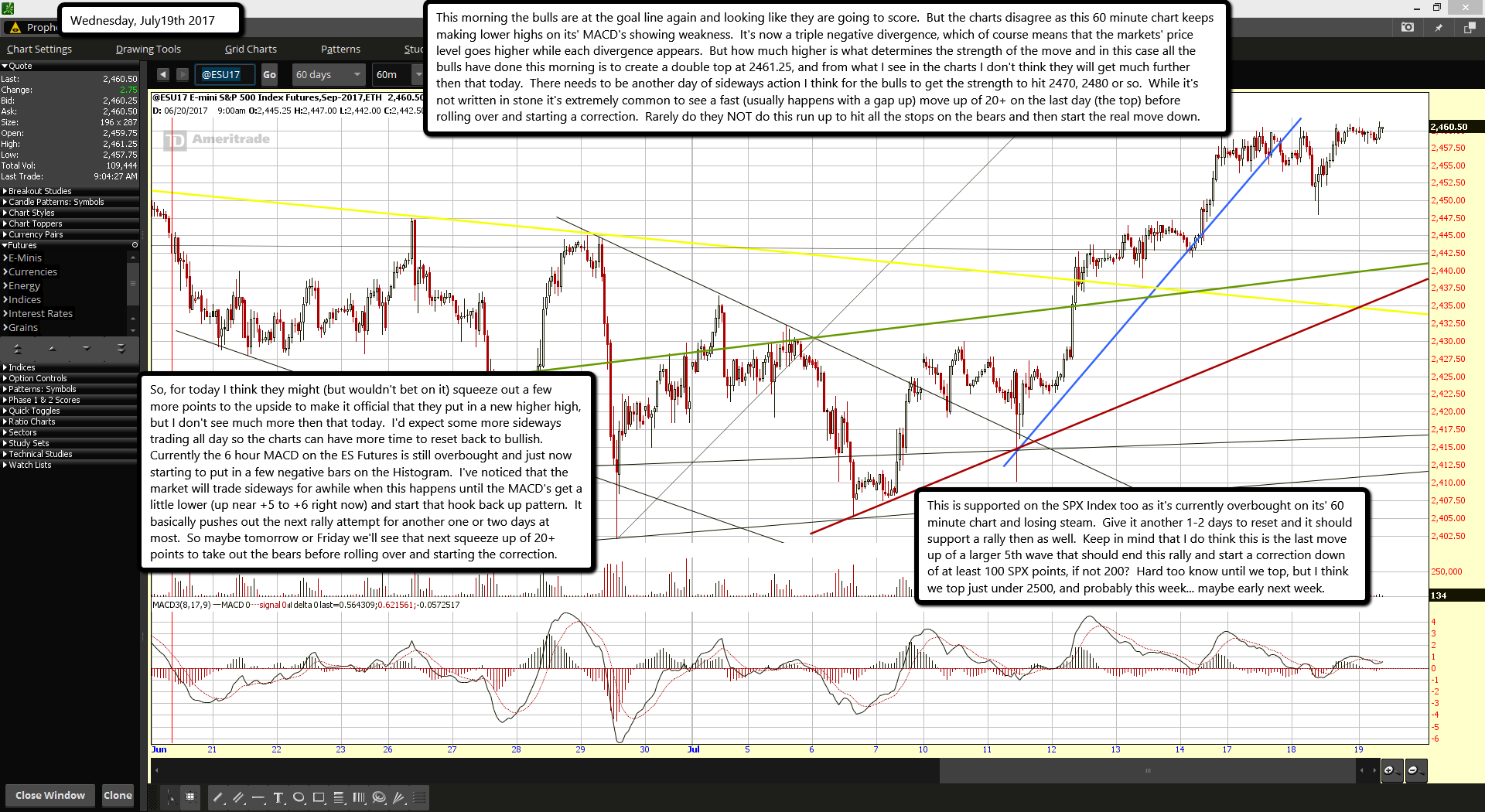 This morning the bulls are at the goal line again and looking like they are going to score.  But the charts disagree as this 60 minute chart keeps making lower highs on its' MACD's showing weakness.  It's now a triple negative divergence, which of course means that the markets' price level goes higher while each divergence appears.  But how much higher is what determines the strength of the move and in this case all the bulls have done this morning is to create a double top at 2461.25, and from what I see in the charts I don't think they will get much further then that today.  There needs to be another day of sideways action I think for the bulls to get the strength to hit 2470, 2480 or so.  While it's not written in stone it's extremely common to see a fast (usually happens with a gap up) move up of 20+ on the last day (the top) before rolling over and starting a correction.  Rarely do they NOT do this run up to hit all the stops on the bears and then start the real move down.

So, for today I think they might (but wouldn't bet on it) squeeze out a few more points to the upside to make it official that they put in a new higher high, but I don't see much more then that today.  I'd expect some more sideways trading all day so the charts can have more time to reset back to bullish.  Currently the 6 hour MACD on the ES Futures is still overbought and just now starting to put in a few negative bars on the Histogram.  I've noticed that the market will trade sideways for awhile when this happens until the MACD's get a little lower (up near +5 to +6 right now) and start that hook back up pattern.  It basically pushes out the next rally attempt for another one or two days at most.  So maybe tomorrow or Friday we'll see that next squeeze up of 20+ points to take out the bears before rolling over and starting the correction.

This is supported on the SPX Index too as it's currently overbought on its' 60 minute chart and losing steam.  Give it another 1-2 days to reset and it should support a rally then as well.  Keep in mind that I do think this is the last move up of a larger 5th wave that should end this rally and start a correction down of at least 100 SPX points, if not 200?  Hard too know until we top, but I think we top just under 2500, and probably this week... maybe early next week.