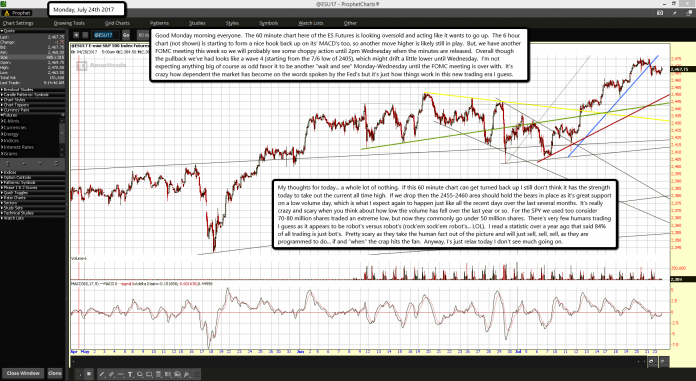 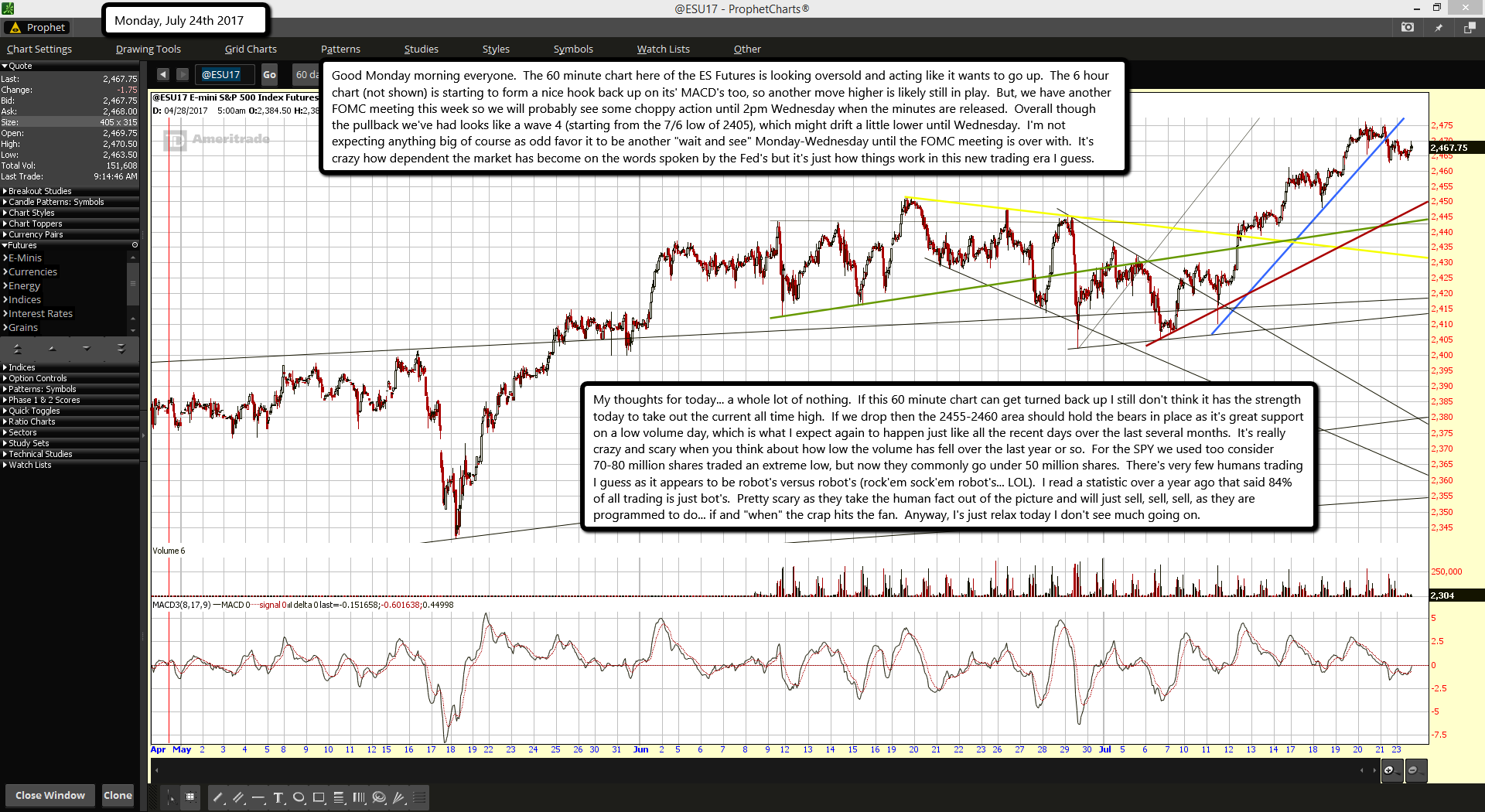 Good Monday morning everyone.  The 60 minute chart here of the ES Futures is looking oversold and acting like it wants to go up.  The 6 hour chart (not shown) is starting to form a nice hook back up on its' MACD's too, so another move higher is likely still in play.  But, we have another FOMC meeting this week so we will probably see some choppy action until 2pm Wednesday when the minutes are released.  Overall though the pullback we've had looks like a wave 4 (starting from the 7/6 low of 2405), which might drift a little lower until Wednesday.  I'm not expecting anything big of course as odd favor it to be another "wait and see" Monday-Wednesday until the FOMC meeting is over with.  It's crazy how dependent the market has become on the words spoken by the Fed's but it's just how things work in this new trading era I guess.

My thoughts for today... a whole lot of nothing.  If this 60 minute chart can get turned back up I still don't think it has the strength today to take out the current all time high.  If we drop then the 2455-2460 area should hold the bears in place as it's great support on a low volume day, which is what I expect again to happen just like all the recent days over the last several months.  It's really crazy and scary when you think about how low the volume has fell over the last year or so.  For the SPY we used too consider 70-80 million shares traded an extreme low, but now they commonly go under 50 million shares.  There's very few humans trading I guess as it appears to be robot's versus robot's (rock'em sock'em robot's... LOL).  I read a statistic over a year ago that said 84% of all trading is just bot's.  Pretty scary as they take the human fact out of the picture and will just sell, sell, sell, as they are programmed to do... if and "when" the crap hits the fan.  Anyway, I's just relax today I don't see much going on. 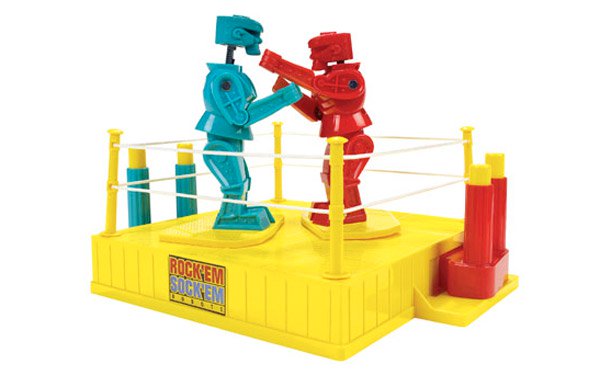