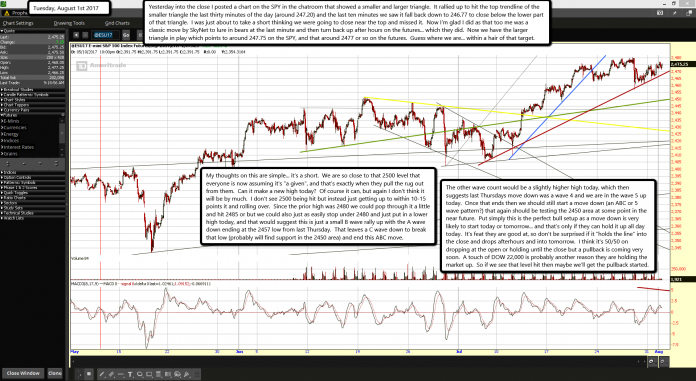 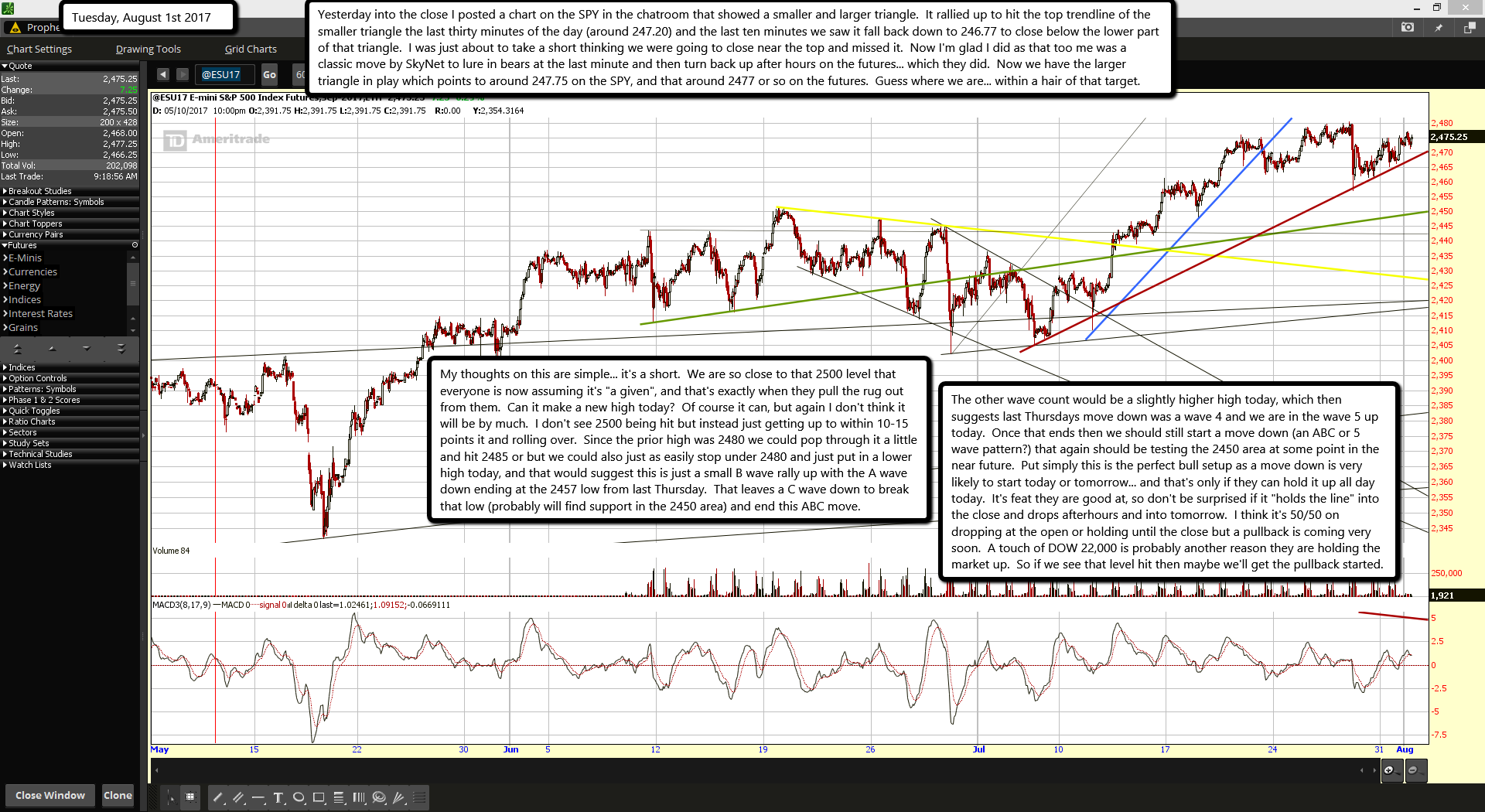 Yesterday into the close I posted a chart on the SPY in the chatroom that showed a smaller and larger triangle.  It rallied up to hit the top trendline of the smaller triangle the last thirty minutes of the day (around 247.20) and the last ten minutes we saw it fall back down to 246.77 to close below the lower part of that triangle.  I was just about to take a short thinking we were going to close near the top and missed it.  Now I'm glad I did as that too me was a classic move by SkyNet to lure in bears at the last minute and then turn back up after hours on the futures... which they did.  Now we have the larger triangle in play which points to around 247.75 on the SPY, and that around 2477 or so on the futures.  Guess where we are... within a hair of that target.

My thoughts on this are simple... it's a short.  We are so close to that 2500 level that everyone is now assuming it's "a given", and that's exactly when they pull the rug out from them.  Can it make a new high today?  Of course it can, but again I don't think it will be by much.  I don't see 2500 being hit but instead just getting up to within 10-15 points it and rolling over.  Since the prior high was 2480 we could pop through it a little and hit 2485 or but we could also just as easily stop under 2480 and just put in a lower high today, and that would suggest this is just a small B wave rally up with the A wave down ending at the 2457 low from last Thursday.  That leaves a C wave down to break that low (probably will find support in the 2450 area) and end this ABC move.

The other wave count would be a slightly higher high today, which then suggests last Thursdays move down was a wave 4 and we are in the wave 5 up today.  Once that ends then we should still start a move down (an ABC or 5 wave pattern?) that again should be testing the 2450 area at some point in the near future.  Put simply this is the perfect bull setup as a move down is very likely to start today or tomorrow... and that's only if they can hold it up all day today.  It's feat they are good at, so don't be surprised if it "holds the line" into the close and drops afterhours and into tomorrow.  I think it's 50/50 on dropping at the open or holding until the close but a pullback is coming very soon.  A touch of DOW 22,000 is probably another reason they are holding the market up.  So if we see that level hit then maybe we'll get the pullback started.