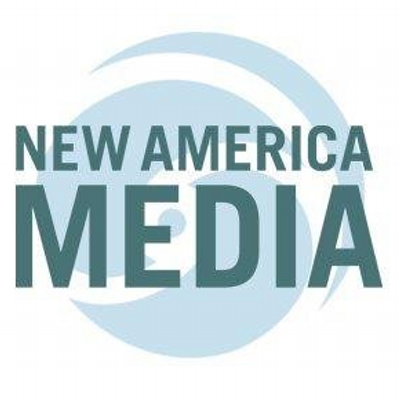 Largely unbeknownst to the general public, many media executives and top journalists of almost all major U.S. news outlets, political and business magazines, public broadcasters and press agencies have long been members of the Council on Foreign Relations (CFR).

Established in 1921 as a private, bipartisan organization to “awaken America to its worldwide responsibilities”, the CFR and its close to 5000 elite members have for decades shaped U.S. foreign policy and public discourse about it. As one Council member famously explained, the goal has indeed been to establish an “empire”, albeit a “benevolent” one.

Based on official membership rosters, the following illustration for the first time depicts the extensive media network of the CFR and its two main international affiliate organizations: the Bilderberg Group (covering the U.S. and Europe) and the Trilateral Commission (covering North America, Europe and East Asia), both established by Council leaders to foster elite cooperation at the international level. 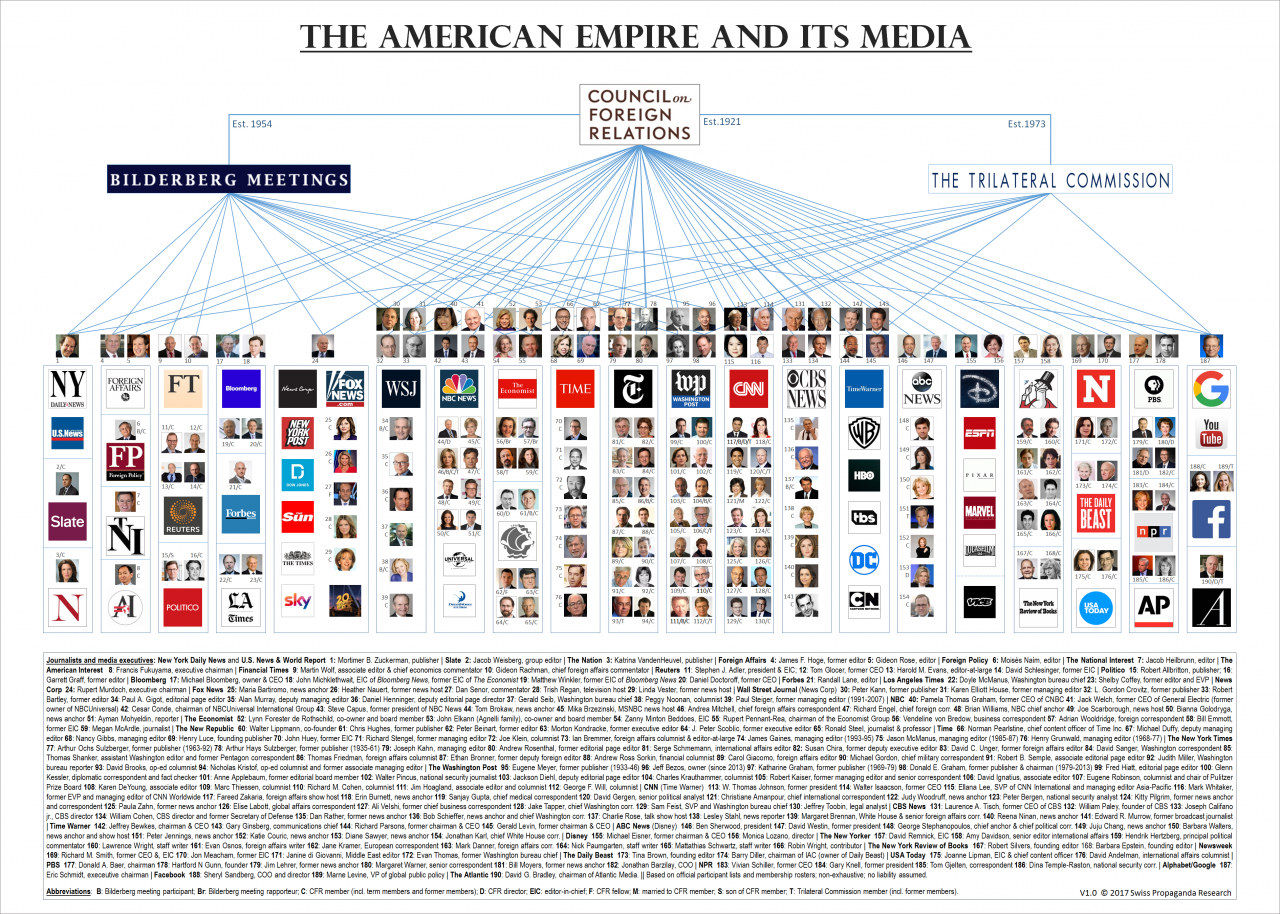 In a column entitled “Ruling Class Journalists”, former Washington Post senior editor and ombudsman Richard Harwood once described the Council and its members approvingly as “the nearest thing we have to a ruling establishment in the United States”.

Harwood continued: “The membership of these journalists in the Council, however they may think of themselves, is an acknowledgment of their active and important role in public affairs and of their ascension into the American ruling class. They do not merely analyze and interpret foreign policy for the United States; they help make it. () They are part of that establishment whether they like it or not, sharing most of its values and world views.”

However, media personalities constitute only about five percent of the comprehensive CFR network. As the following illustration shows, key members of the private Council on Foreign Relations have included:

Eminent economist and Kennedy supporter, John K. Galbraith, confirmed the Council’s influence: “Those of us who had worked for the Kennedy election were tolerated in the government for that reason and had a say, but foreign policy was still with the Council on Foreign Relations people.”

And no less than John J. McCloy, the longtime chairman of the Council and advisor to nine U.S. presidents, told the New York Times about his time in Washington: “Whenever we needed a man we thumbed through the roll of the Council members and put through a call to New York.” 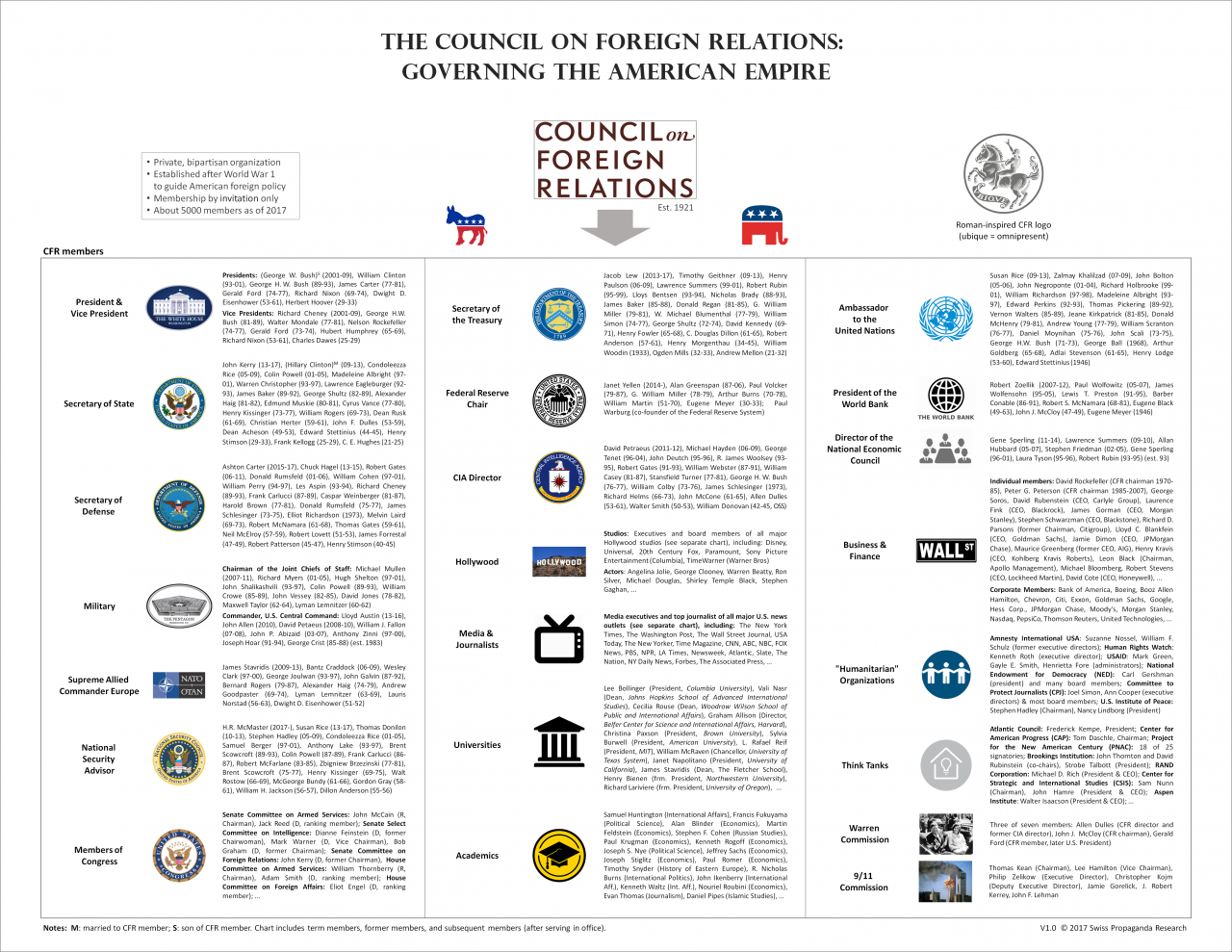 German news magazine Der Spiegel once described the CFR as the “most influential private institution of the United States and the Western world“ and a “politburo of capitalism”. Both the Roman-inspired logo of the Council (top right in the illustration above) as well as its slogan (ubique – omnipresent) appear to emphasize that ambition.

In his famous article about “The American Establishment”, political columnist Richard H. Rovere noted: “The directors of the CFR make up a sort of Presidium for that part of the Establishment that guides our destiny as a nation. () [I]t rarely fails to get one of its members, or at least one of its allies, into the White House. In fact, it generally is able to see to it that both nominees are men acceptable to it.”

Until recently, this assessment had indeed been justified. Thus, in 1993 former CFR director George H.W. Bush was followed by CFR member Bill Clinton, who in turn was followed by CFR “family member” George W. Bush. In 2008, CFR member John McCain lost against CFR candidate of choice, Barack Obama, who received the names of his entire Cabinet already one month prior to his election by CFR Senior Fellow (and Citigroup banker) Michael Froman. Froman later negotiated the TTP and TTIP free trade agreements, before returning to the CFR as a Distinguished Fellow.

It was not until the 2016 election that the Council couldn’t, apparently, prevail. At any rate, not yet.

Swiss Propaganda Research is an independent, academic research group focusing on geopolitical propaganda in Swiss and international media. You can contact us here.