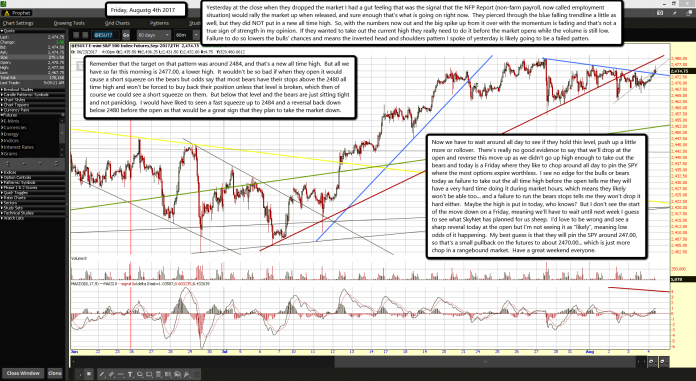 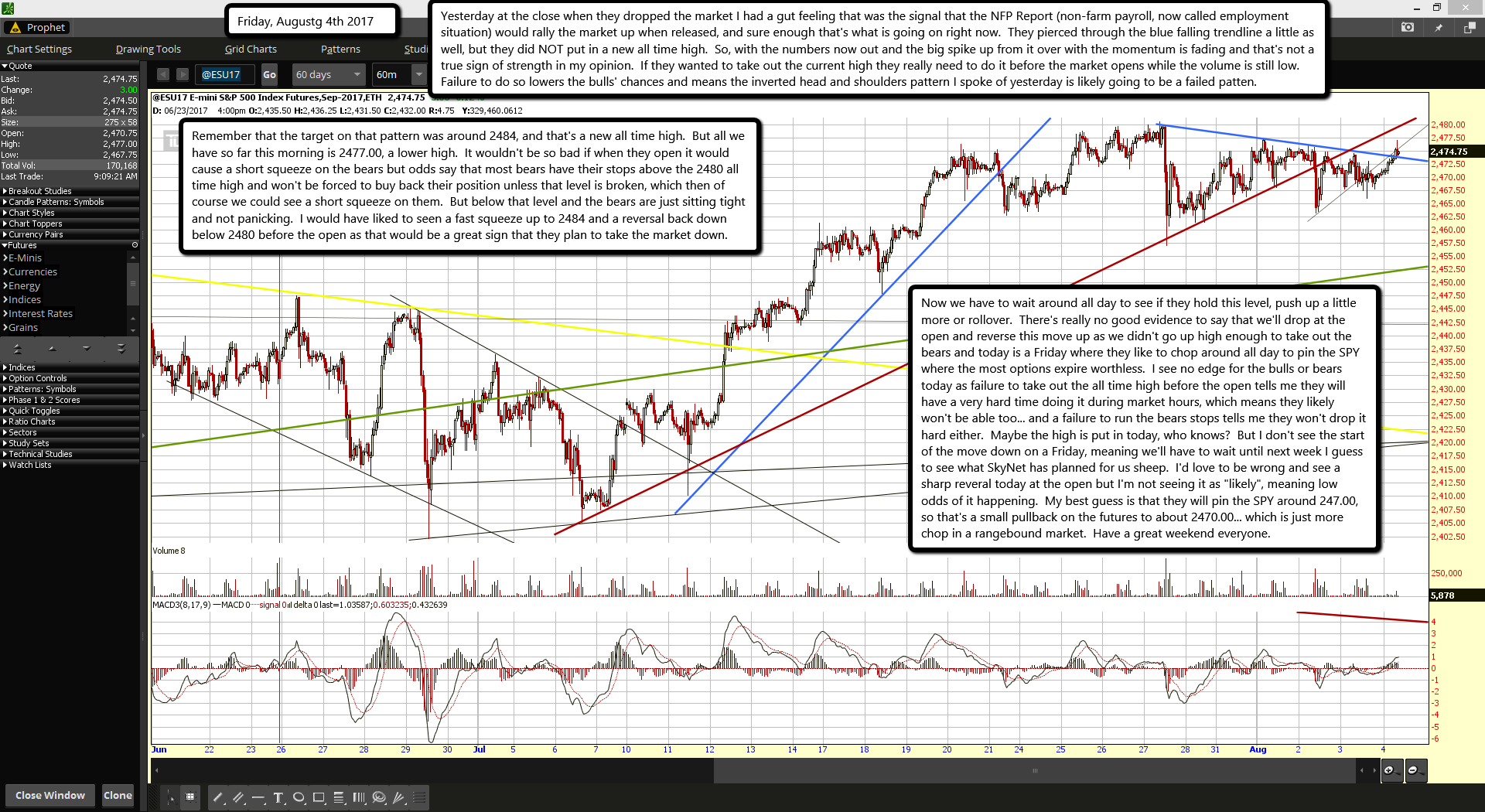 Yesterday at the close when they dropped the market I had a gut feeling that was the signal that the NFP Report (non-farm payroll, now called employment situation) would rally the market up when released, and sure enough that's what is going on right now.  They pierced through the blue falling trendline a little as well, but they did NOT put in a new all time high.  So, with the numbers now out and the big spike up from it over with the momentum is fading and that's not a true sign of strength in my opinion.  If they wanted to take out the current high they really need to do it before the market opens while the volume is still low.  Failure to do so lowers the bulls' chances and means the inverted head and shoulders pattern I spoke of yesterday is likely going to be a failed patten.

Remember that the target on that pattern was around 2484, and that's a new all time high.  But all we have so far this morning is 2477.00, a lower high.  It wouldn't be so bad if when they open it would cause a short squeeze on the bears but odds say that most bears have their stops above the 2480 all time high and won't be forced to buy back their position unless that level is broken, which then of course we could see a short squeeze on them.  But below that level and the bears are just sitting tight and not panicking.  I would have liked to seen a fast squeeze up to 2484 and a reversal back down below 2480 before the open as that would be a great sign that they plan to take the market down.

Now we have to wait around all day to see if they hold this level, push up a little more or rollover.  There's really no good evidence to say that we'll drop at the open and reverse this move up as we didn't go up high enough to take out the bears and today is a Friday where they like to chop around all day to pin the SPY where the most options expire worthless.  I see no edge for the bulls or bears today as failure to take out the all time high before the open tells me they will have a very hard time doing it during market hours, which means they likely won't be able too... and a failure to run the bears stops tells me they won't drop it hard either.  Maybe the high is put in today, who knows?  But I don't see the start of the move down on a Friday, meaning we'll have to wait until next week I guess to see what SkyNet has planned for us sheep.  I'd love to be wrong and see a sharp reveral today at the open but I'm not seeing it as "likely", meaning low odds of it happening.  My best guess is that they will pin the SPY around 247.00, so that's a small pullback on the futures to about 2470.00... which is just more chop in a rangebound market.  Have a great weekend everyone.