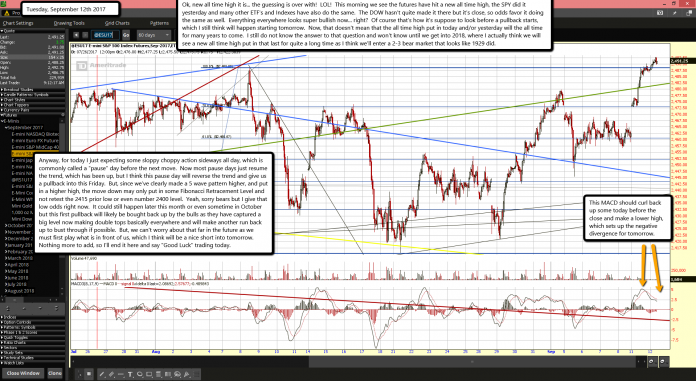 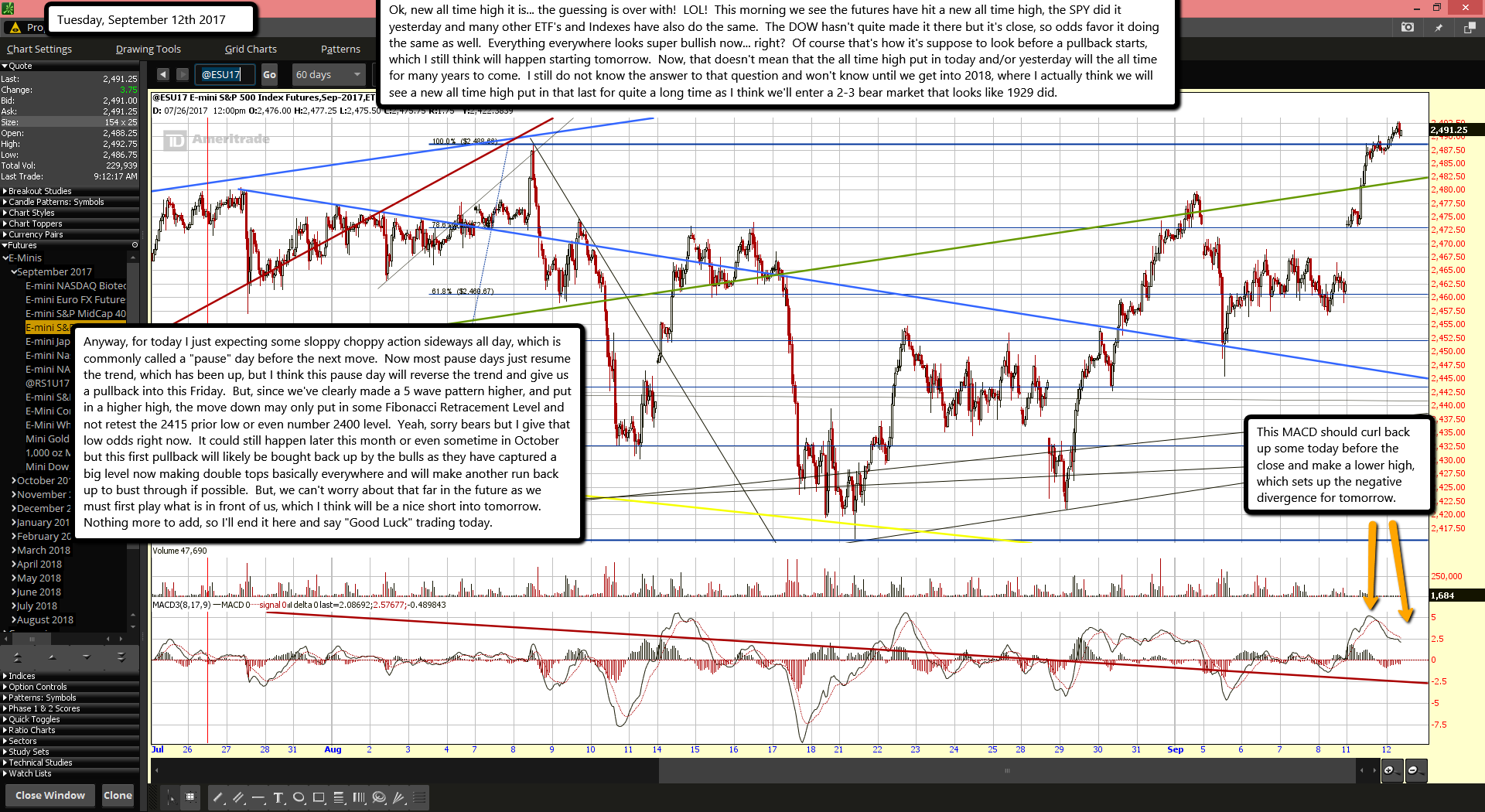 Ok, new all time high it is... the guessing is over with!  LOL!  This morning we see the futures have hit a new all time high, the SPY did it yesterday and many other ETF's and Indexes have also do the same.  The DOW hasn't quite made it there but it's close, so odds favor it doing the same as well.  Everything everywhere looks super bullish now... right?  Of course that's how it's suppose to look before a pullback starts, which I still think will happen starting tomorrow.  Now, that doesn't mean that the all time high put in today and/or yesterday will the all time for many years to come.  I still do not know the answer to that question and won't know until we get into 2018, where I actually think we will see a new all time high put in that last for quite a long time as I think we'll enter a 2-3 bear market that looks like 1929 did.

Anyway, for today I just expecting some sloppy choppy action sideways all day, which is commonly called a "pause" day before the next move.  Now most pause days just resume the trend, which has been up, but I think this pause day will reverse the trend and give us a pullback into this Friday.  But, since we've clearly made a 5 wave pattern higher, and put in a higher high, the move down may only put in some Fibonacci Retracement Level and not retest the 2415 prior low or even number 2400 level.  Yeah, sorry bears but I give that low odds right now.  It could still happen later this month or even sometime in October but this first pullback will likely be bought back up by the bulls as they have captured a big level now making double tops basically everywhere and will make another run back up to bust through if possible.  But, we can't worry about that far in the future as we must first play what is in front of us, which I think will be a nice short into tomorrow.  Nothing more to add, so I'll end it here and say "Good Luck" trading today.