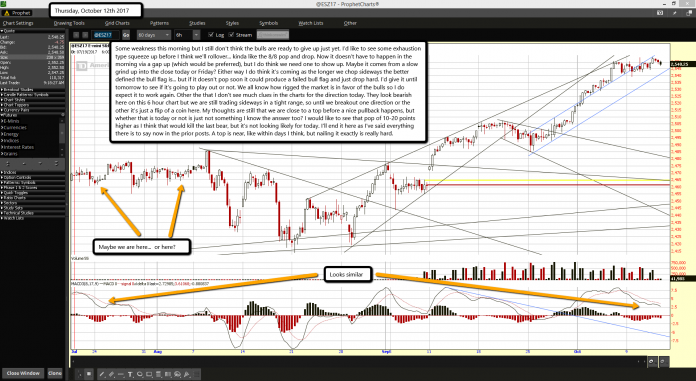 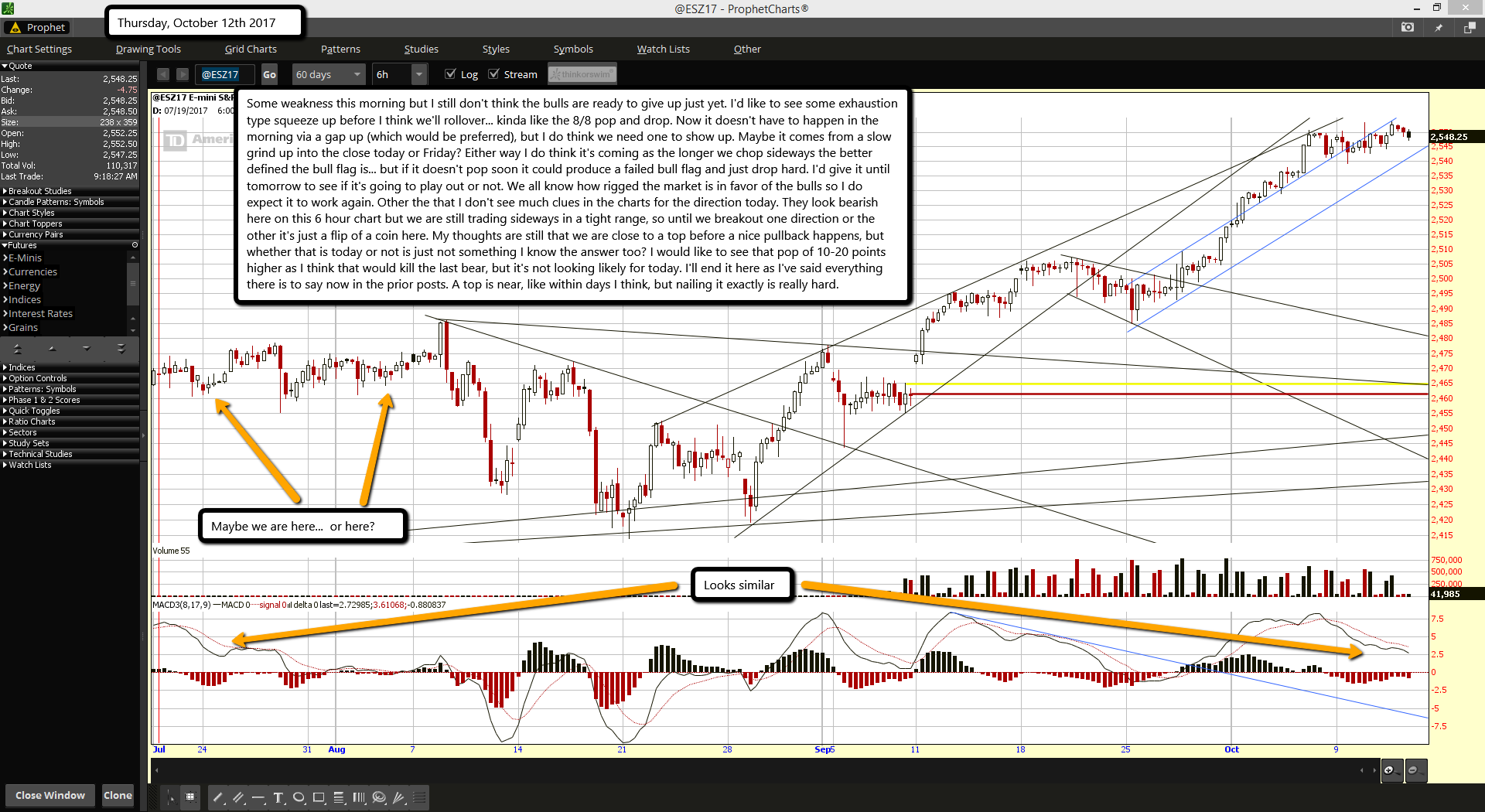 Some weakness this morning but I still don't think the bulls are ready to give up just yet. I'd like to see some exhaustion type squeeze up before I think we'll rollover... kinda like the 8/8 pop and drop. Now it doesn't have to happen in the morning via a gap up (which would be preferred), but I do think we need one to show up. Maybe it comes from a slow grind up into the close today or Friday? Either way I do think it's coming as the longer we chop sideways the better defined the bull flag is... but if it doesn't pop soon it could produce a failed bull flag and just drop hard. I'd give it until tomorrow to see if it's going to play out or not. We all know how rigged the market is in favor of the bulls so I do expect it to work again. Other the that I don't see much clues in the charts for the direction today. They look bearish here on this 6 hour chart but we are still trading sideways in a tight range, so until we breakout one direction or the other it's just a flip of a coin here. My thoughts are still that we are close to a top before a nice pullback happens, but whether that is today or not is just not something I know the answer too? I would like to see that pop of 10-20 points higher as I think that would kill the last bear, but it's not looking likely for today. I'll end it here as I've said everything there is to say now in the prior posts. A top is near, like within days I think, but nailing it exactly is really hard.