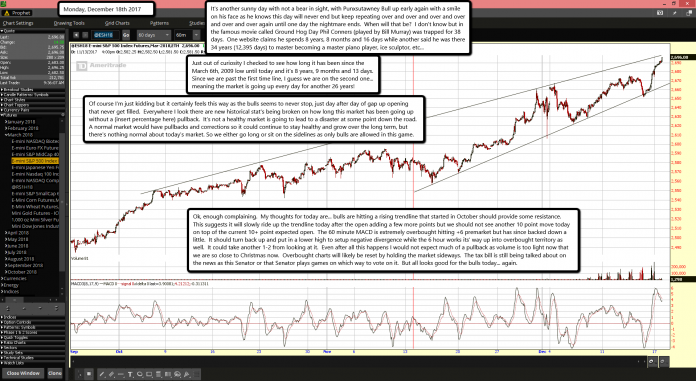 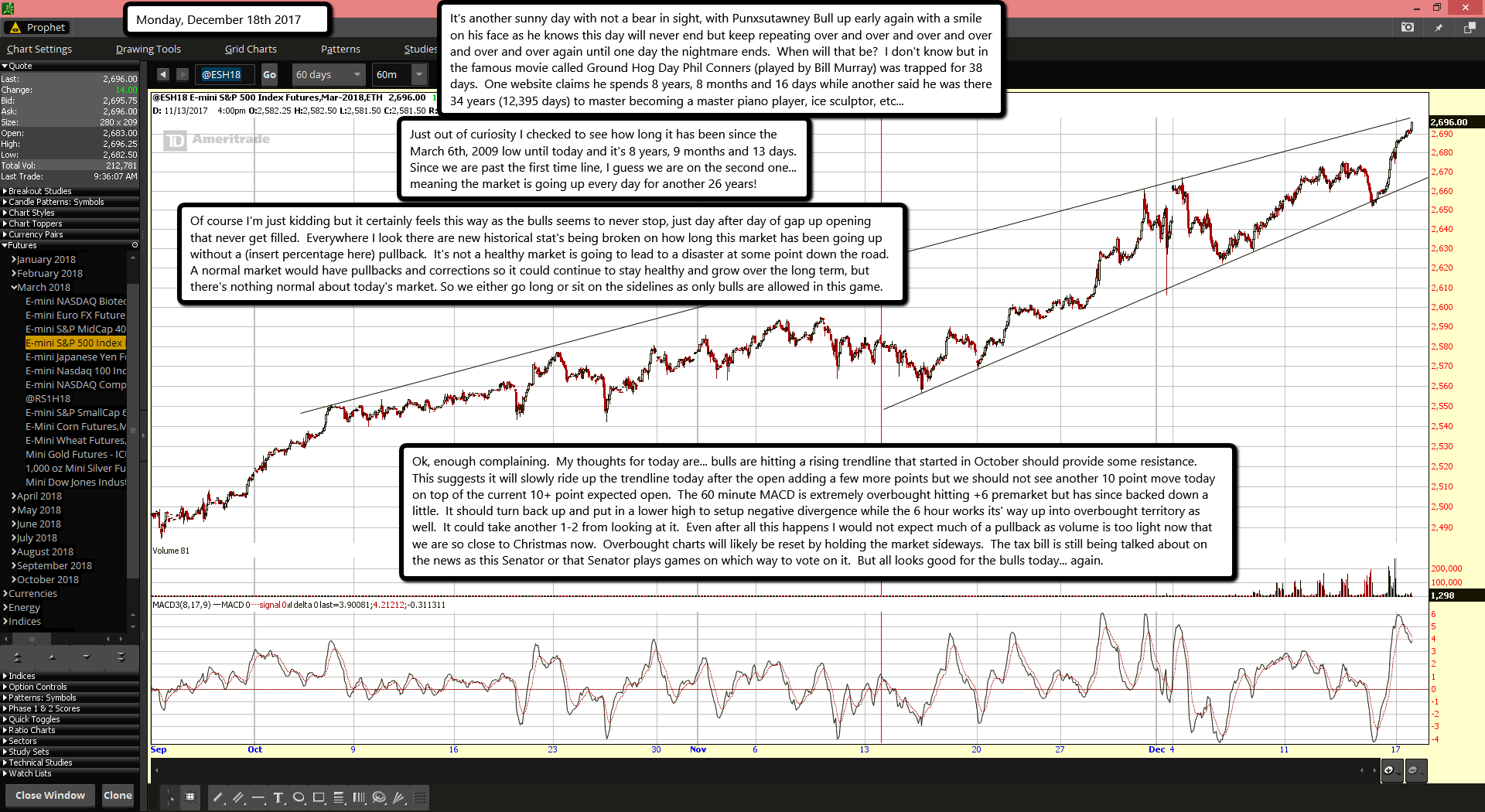 It's another sunny day with not a bear in sight, with Punxsutawney Bull up early again with a smile on his face as he knows this day will never end but keep repeating over and over and over and over and over and over again until one day the nightmare ends.  When will that be?  I don't know but in the famous movie called Ground Hog Day Phil Conners (played by Bill Murray) was trapped for 38 days.  One website claims he spends 8 years, 8 months and 16 days while another said he was there 34 years (12,395 days) to master becoming a master piano player, ice sculptor, etc...

Just out of curiosity I checked to see how long it has been since the March 6th, 2009 low until today and it's 8 years, 9 months and 13 days.  Since we are past the first time line, I guess we are on the second one... meaning the market is going up every day for another 26 years!

Of course I'm just kidding but it certainly feels this way as the bulls seems to never stop, just day after day of gap up opening that never get filled.  Everywhere I look there are new historical stat's being broken on how long this market has been going up without a (insert percentage here) pullback.  It's not a healthy market is going to lead to a disaster at some point down the road.  A normal market would have pullbacks and corrections so it could continue to stay healthy and grow over the long term, but there's nothing normal about today's market. So we either go long or sit on the sidelines as only bulls are allowed in this game.

Ok, enough complaining.  My thoughts for today are... bulls are hitting a rising trendline that started in October should provide some resistance.  This suggests it will slowly ride up the trendline today after the open adding a few more points but we should not see another 10 point move today on top of the current 10+ point expected open.  The 60 minute MACD is extremely overbought hitting +6 premarket but has since backed down a little.  It should turn back up and put in a lower high to setup negative divergence while the 6 hour works its' way up into overbought territory as well.  It could take another 1-2 from looking at it.  Even after all this happens I would not expect much of a pullback as volume is too light now that we are so close to Christmas now.  Overbought charts will likely be reset by holding the market sideways.  The tax bill is still being talked about on the news as this Senator or that Senator plays games on which way to vote on it.  But all looks good for the bulls today... again.