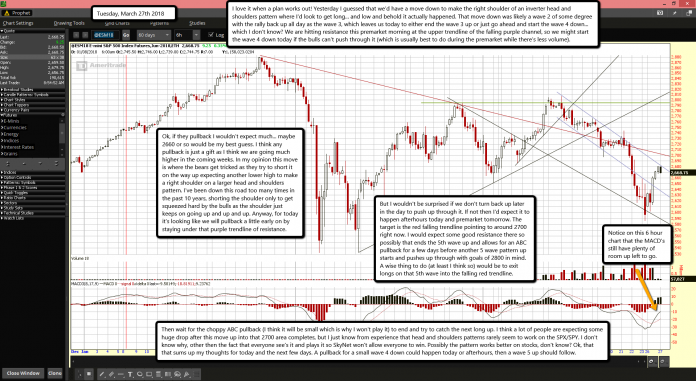 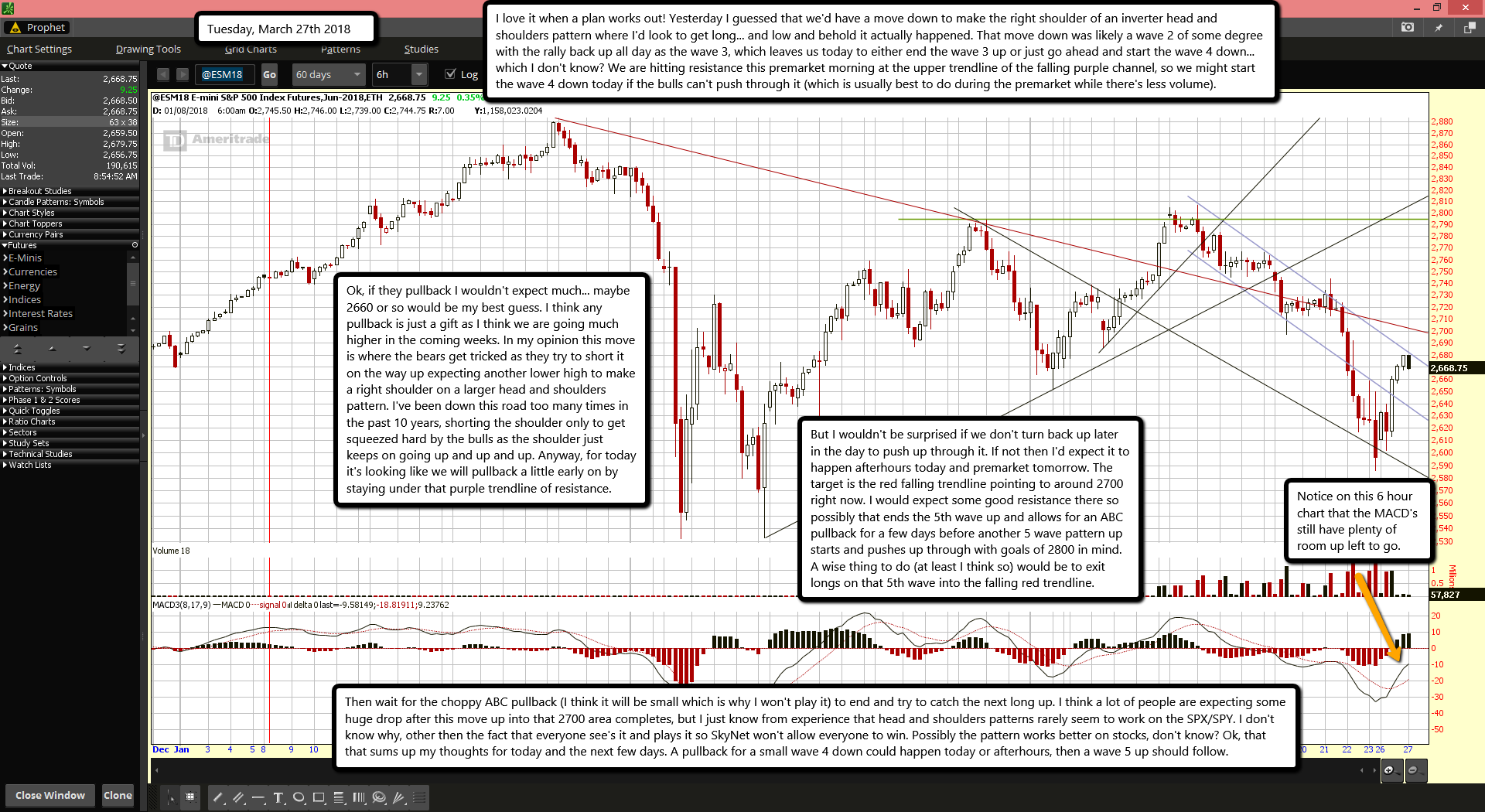 I love it when a plan works out! Yesterday I guessed that we'd have a move down to make the right shoulder of an inverter head and shoulders pattern where I'd look to get long... and low and behold it actually happened. That move down was likely a wave 2 of some degree with the rally back up all day as the wave 3, which leaves us today to either end the wave 3 up or just go ahead and start the wave 4 down... which I don't know? We are hitting resistance this premarket morning at the upper trendline of the falling purple channel, so we might start the wave 4 down today if the bulls can't push through it (which is usually best to do during the premarket while there's less volume).

Ok, if they pullback I wouldn't expect much... maybe 2660 or so would be my best guess. I think any pullback is just a gift as I think we are going much higher in the coming weeks. In my opinion this move is where the bears get tricked as they try to short it on the way up expecting another lower high to make a right shoulder on a larger head and shoulders pattern. I've been down this road too many times in the past 10 years, shorting the shoulder only to get squeezed hard by the bulls as the shoulder just keeps on going up and up and up. Anyway, for today it's looking like we will pullback a little early on by staying under that purple trendline of resistance.

But I wouldn't be surprised if we don't turn back up later in the day to push up through it. If not then I'd expect it to happen afterhours today and premarket tomorrow. The target is the red falling trendline pointing to around 2700 right now. I would expect some good resistance there so possibly that ends the 5th wave up and allows for an ABC pullback for a few days before another 5 wave pattern up starts and pushes up through with goals of 2800 in mind. A wise thing to do (at least I think so) would be to exit longs on that 5th wave into the falling red trendline.

Then wait for the choppy ABC pullback (I think it will be small which is why I won't play it) to end and try to catch the next long up. I think a lot of people are expecting some huge drop after this move up into that 2700 area completes, but I just know from experience that head and shoulders patterns rarely seem to work on the SPX/SPY. I don't know why, other then the fact that everyone see's it and plays it so SkyNet won't allow everyone to win. Possibly the pattern works better on stocks, don't know? Ok, that that sums up my thoughts for today and the next few days. A pullback for a small wave 4 down could happen today or afterhours, then a wave 5 up should follow.