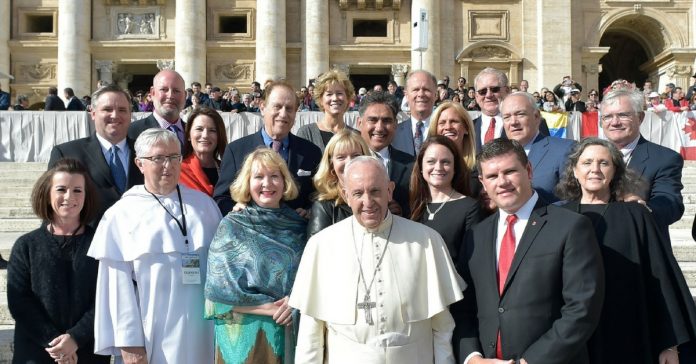 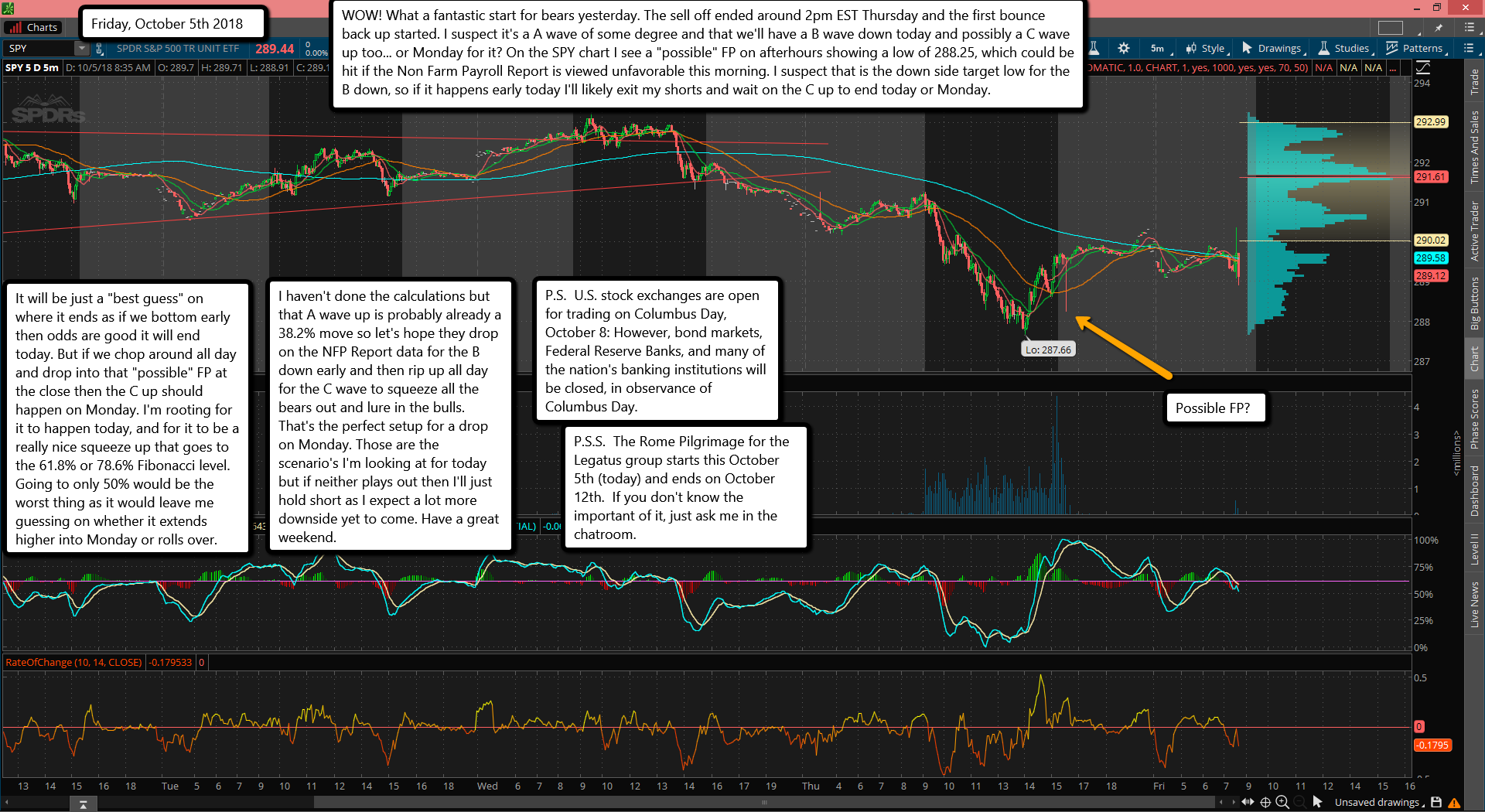 WOW! What a fantastic start for bears yesterday. The sell off ended around 2pm EST Thursday and the first bounce back up started. I suspect it's a A wave of some degree and that we'll have a B wave down today and possibly a C wave up too... or Monday for it? On the SPY chart I see a "possible" FP on afterhours showing a low of 288.25, which could be hit if the Non Farm Payroll Report is viewed unfavorable this morning. I suspect that is the down side target low for the B down, so if it happens early today I'll likely exit my shorts and wait on the C up to end today or Monday.

It will be just a "best guess" on where it ends as if we bottom early then odds are good it will end today. But if we chop around all day and drop into that "possible" FP at the close then the C up should happen on Monday. I'm rooting for it to happen today, and for it to be a really nice squeeze up that goes to the 61.8% or 78.6% Fibonacci level. Going to only 50% would be the worst thing as it would leave me guessing on whether it extends higher into Monday or rolls over.

I haven't done the calculations but that A wave up is probably already a 38.2% move so let's hope they drop on the NFP Report data for the B down early and then rip up all day for the C wave to squeeze all the bears out and lure in the bulls. That's the perfect setup for a drop on Monday. Those are the scenario's I'm looking at for today but if neither plays out then I'll just hold short as I expect a lot more downside yet to come. Have a great weekend.

P.S. U.S. stock exchanges are open for trading on Columbus Day, October 8: However, bond markets, Federal Reserve Banks, and many of the nation's banking institutions will be closed, in observance of Columbus Day.