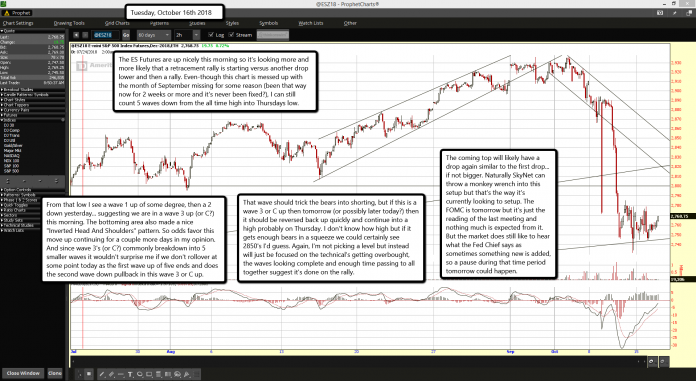 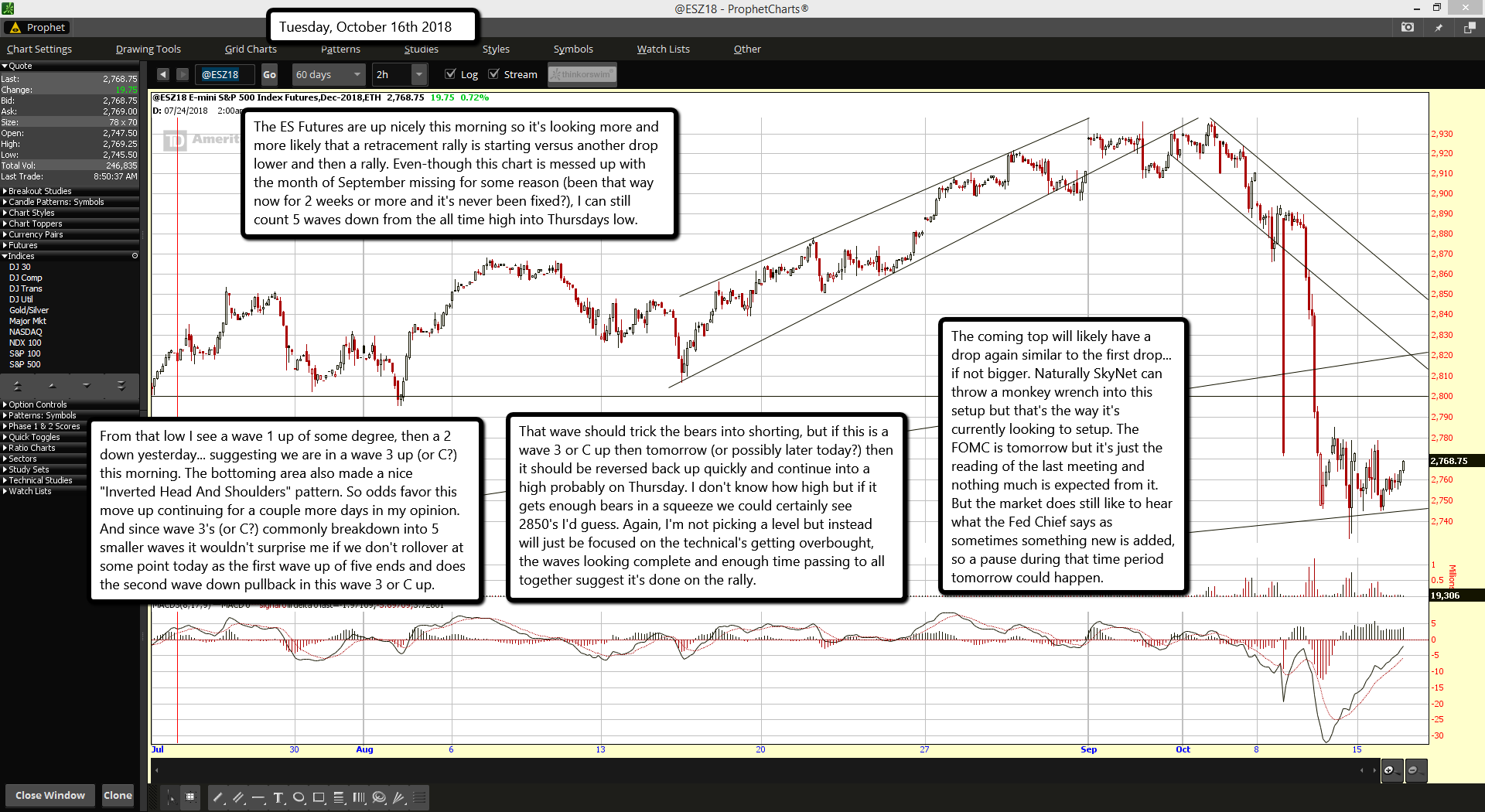 The ES Futures are up nicely this morning so it's looking more and more likely that a retracement rally is starting versus another drop lower and then a rally. Even-though this chart is messed up with the month of September missing for some reason (been that way now for 2 weeks or more and it's never been fixed?), I can still count 5 waves down from the all time high into Thursdays low.

From that low I see a wave 1 up of some degree, then a 2 down yesterday... suggesting we are in a wave 3 up (or C?) this morning. The bottoming area also made a nice "Inverted Head And Shoulders" pattern. So odds favor this move up continuing for a couple more days in my opinion. And since wave 3's (or C?) commonly breakdown into 5 smaller waves it wouldn't surprise me if we don't rollover at some point today as the first wave up of five ends and does the second wave down pullback in this wave 3 or C up.

That wave should trick the bears into shorting, but if this is a wave 3 or C up then tomorrow (or possibly later today?) then it should be reversed back up quickly and continue into a high probably on Thursday. I don't know how high but if it gets enough bears in a squeeze we could certainly see 2850's I'd guess. Again, I'm not picking a level but instead will just be focused on the technical's getting overbought, the waves looking complete and enough time passing to all together suggest it's done on the rally.

The coming top will likely have a drop again similar to the first drop... if not bigger. Naturally SkyNet can throw a monkey wrench into this setup but that's the way it's currently looking to setup. The FOMC is tomorrow but it's just the reading of the last meeting and nothing much is expected from it. But the market does still like to hear what the Fed Chief says as sometimes something new is added, so a pause during that time period tomorrow could happen.