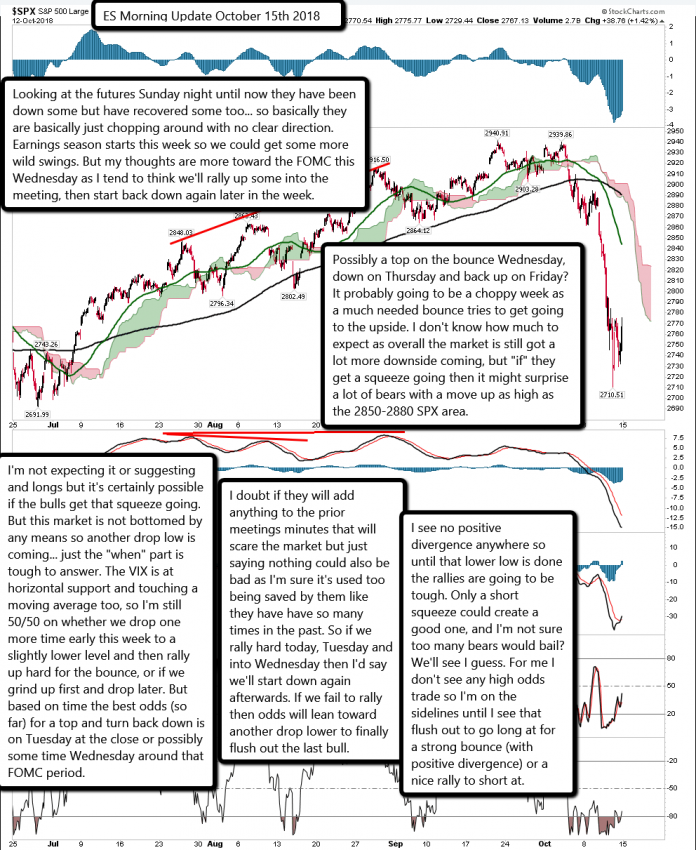 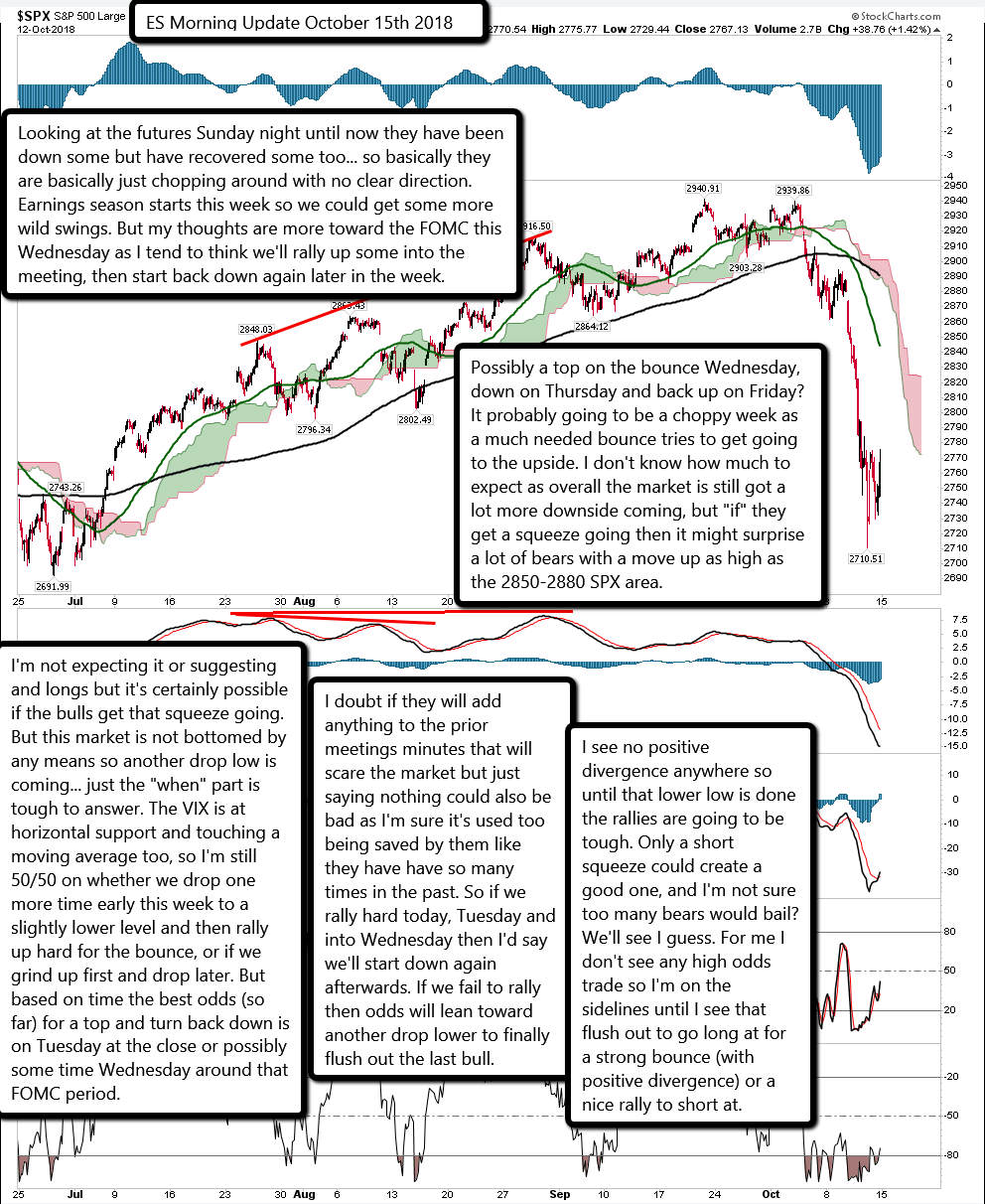 Looking at the futures Sunday night until now they have been down some but have recovered some too... so basically they are basically just chopping around with no clear direction. Earnings season starts this week so we could get some more wild swings. But my thoughts are more toward the FOMC this Wednesday as I tend to think we'll rally up some into the meeting, then start back down again later in the week.

Possibly a top on the bounce Wednesday, down on Thursday and back up on Friday? It probably going to be a choppy week as a much needed bounce tries to get going to the upside. I don't know how much to expect as overall the market is still got a lot more downside coming, but "if" they get a squeeze going then it might surprise a lot of bears with a move up as high as the 2850-2880 SPX area.

I'm not expecting it or suggesting and longs but it's certainly possible if the bulls get that squeeze going. But this market is not bottomed by any means so another drop low is coming... just the "when" part is tough to answer. The VIX is at horizontal support and touching a moving average too, so I'm still 50/50 on whether we drop one more time early this week to a slightly lower level and then rally up hard for the bounce, or if we grind up first and drop later. But based on time the best odds (so far) for a top and turn back down is on Tuesday at the close or possibly some time Wednesday around that FOMC period.

I doubt if they will add anything to the prior meetings minutes that will scare the market but just saying nothing could also be bad as I'm sure it's used too being saved by them like they have have so many times in the past. So if we rally hard today, Tuesday and into Wednesday then I'd say we'll start down again afterwards. If we fail to rally then odds will lean toward another drop lower to finally flush out the last bull.

I see no positive divergence anywhere so until that lower low is done the rallies are going to be tough. Only a short squeeze could create a good one, and I'm not sure too many bears would bail? We'll see I guess. For me I don't see any high odds trade so I'm on the sidelines until I see that flush out to go long at for a strong bounce (with positive divergence) or a nice rally to short at.