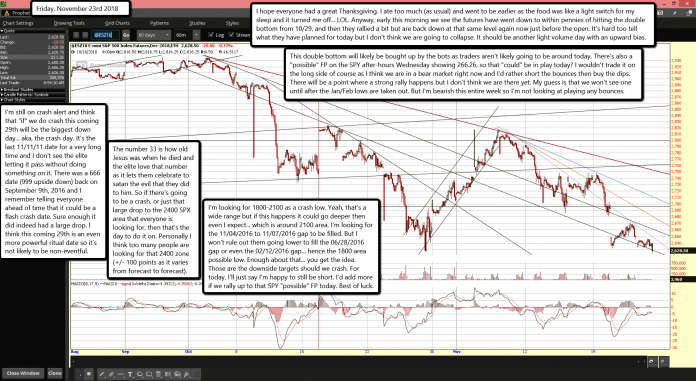 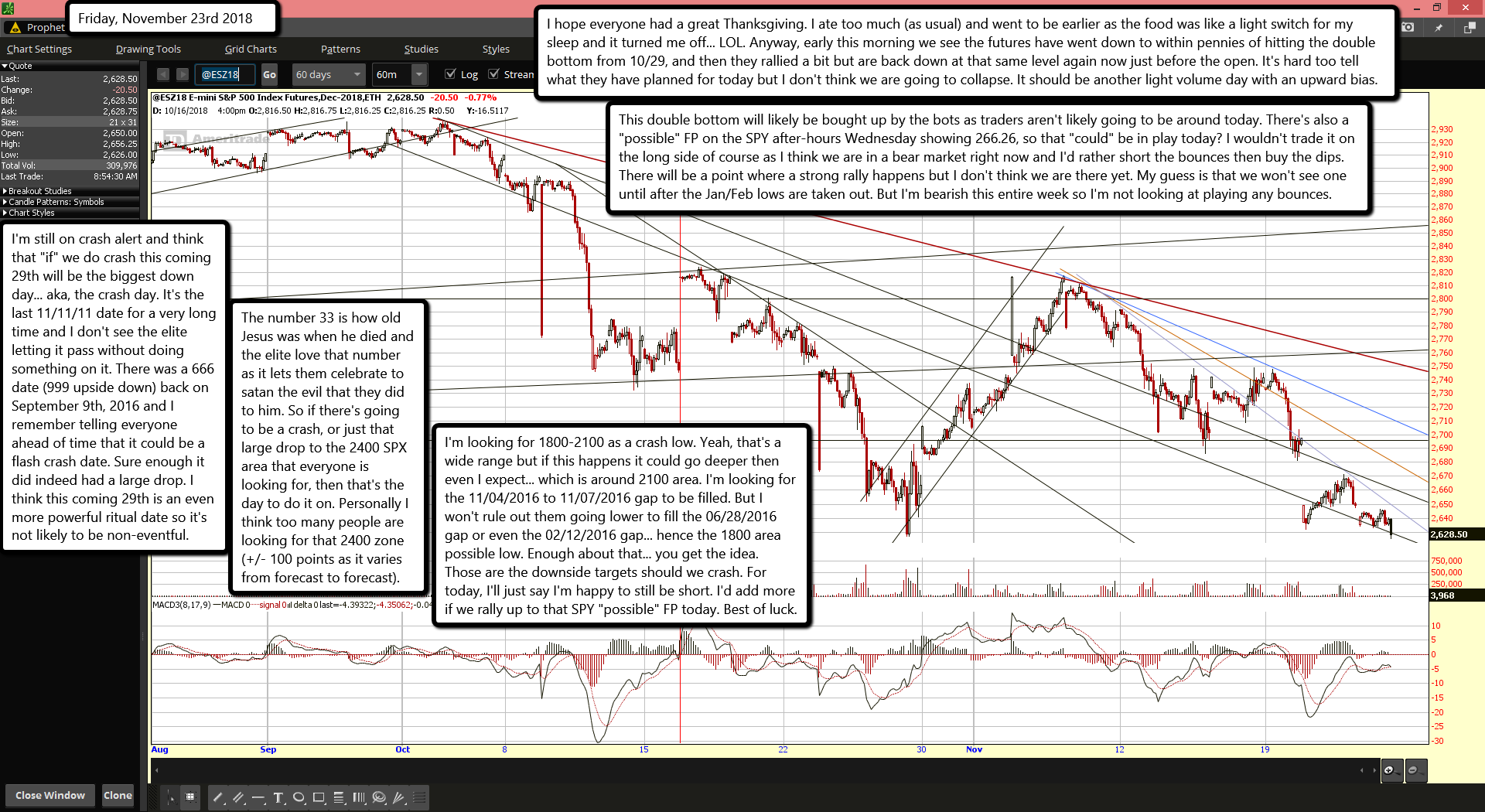 I hope everyone had a great Thanksgiving. I ate too much (as usual) and went to be earlier as the food was like a light switch for my sleep and it turned me off... LOL. Anyway, early this morning we see the futures have went down to within pennies of hitting the double bottom from 10/29, and then they rallied a bit but are back down at that same level again now just before the open. It's hard too tell what they have planned for today but I don't think we are going to collapse. It should be another light volume day with an upward bias.

This double bottom will likely be bought up by the bots as traders aren't likely going to be around today. There's also a "possible" FP on the SPY after-hours Wednesday showing 266.26, so that "could" be in play today? I wouldn't trade it on the long side of course as I think we are in a bear market right now and I'd rather short the bounces then buy the dips. There will be a point where a strong rally happens but I don't think we are there yet. My guess is that we won't see one until after the Jan/Feb lows are taken out. But I'm bearish this entire week so I'm not looking at playing any bounces.

I'm still on crash alert and think that "if" we do crash this coming 29th will be the biggest down day... aka, the crash day. It's the last 11/11/11 date for a very long time and I don't see the elite letting it pass without doing something on it. There was a 666 date (999 upside down) back on September 9th, 2016 and I remember telling everyone ahead of time that it could be a flash crash date. Sure enough it did indeed had a large drop. I think this coming 29th is an even more powerful ritual date so it's not likely to be non-eventful.

The number 33 is how old Jesus was when he died and the elite love that number as it lets them celebrate to satan the evil that they did to him. So if there's going to be a crash, or just that large drop to the 2400 SPX area that everyone is looking for, then that's the day to do it on. Personally I think too many people are looking for that 2400 zone (+/- 100 points as it varies from forecast to forecast).