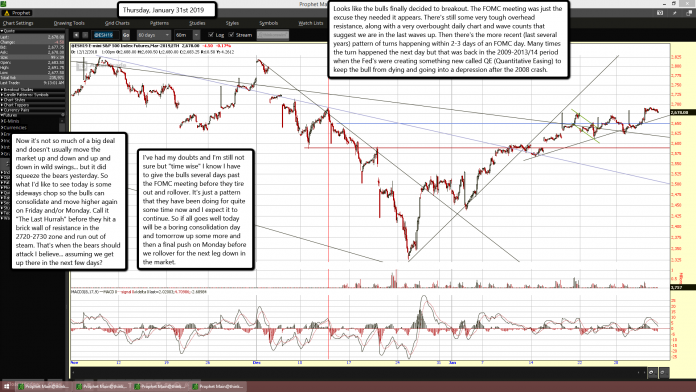 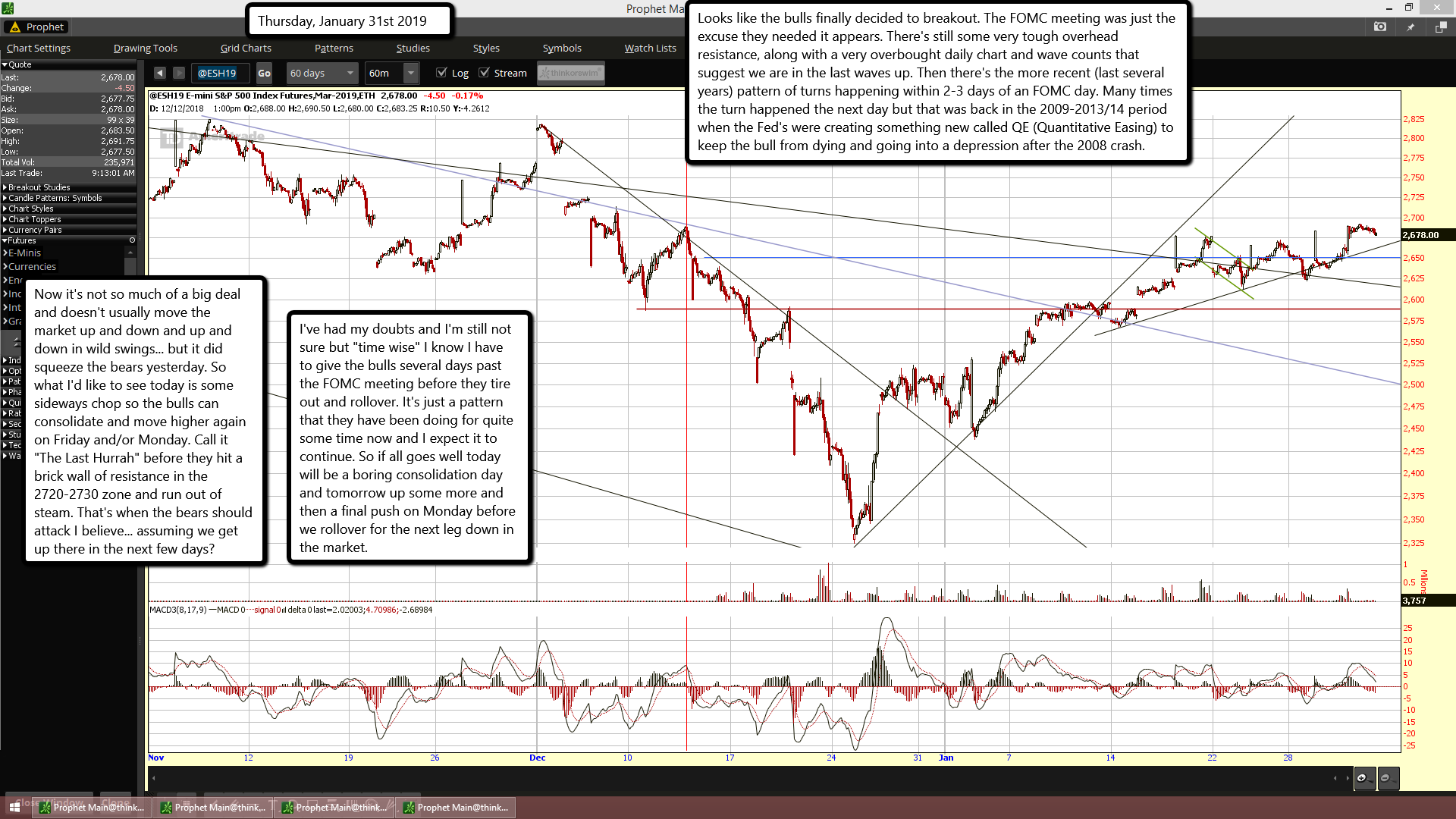 Looks like the bulls finally decided to breakout. The FOMC meeting was just the excuse they needed it appears. There's still some very tough overhead resistance, along with a very overbought daily chart and wave counts that suggest we are in the last waves up. Then there's the more recent (last several years) pattern of turns happening within 2-3 days of an FOMC day. Many times the turn happened the next day but that was back in the 2009-2013/14 period when the Fed's were creating something new called QE (Quantitative Easing) to keep the bull from dying and going into a depression after the 2008 crash.

Now it's not so much of a big deal and doesn't usually move the market up and down and up and down in wild swings... but it did squeeze the bears yesterday. So what I'd like to see today is some sideways chop so the bulls can consolidate and move higher again on Friday and/or Monday. Call it "The Last Hurrah" before they hit a brick wall of resistance in the 2720-2730 zone and run out of steam. That's when the bears should attack I believe... assuming we get up there in the next few days?

I've had my doubts and I'm still not sure but "time wise" I know I have to give the bulls several days past the FOMC meeting before they tire out and rollover. It's just a pattern that they have been doing for quite some time now and I expect it to continue. So if all goes well today will be a boring consolidation day and tomorrow up some more and then a final push on Monday before we rollover for the next leg down in the market.