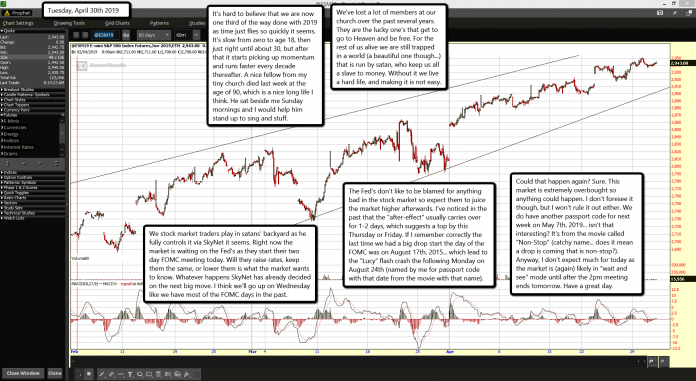 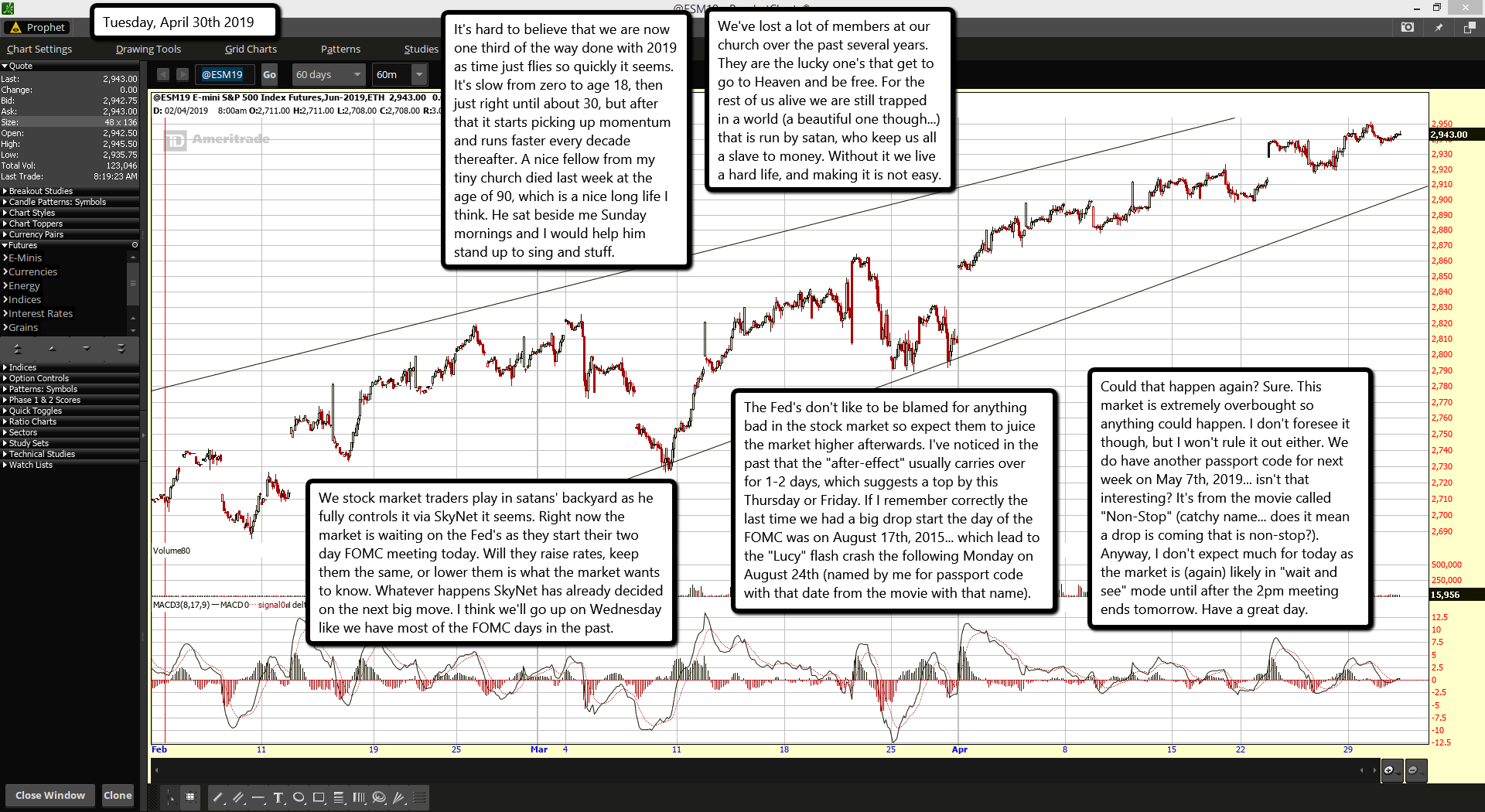 It's hard to believe that we are now one third of the way done with 2019 as time just flies so quickly it seems. It's slow from zero to age 18, then just right until about 30, but after that it starts picking up momentum and runs faster every decade thereafter. A nice fellow from my tiny church died last week at the age of 90, which is a nice long life I think. He sat beside me Sunday mornings and I would help him stand up to sing and stuff.

We've lost a lot of members at our church over the past several years. They are the lucky one's that get to go to Heaven and be free. For the rest of us alive we are still trapped in a world (a beautiful one though...) that is run by satan, who keeps us all a slave to money. Without it we live a hard life, and making it is not easy.

We stock market traders play in satans' backyard as he fully controls it via SkyNet it seems. Right now the market is waiting on the Fed's as they start their two day FOMC meeting today. Will they raise rates, keep them the same, or lower them is what the market wants to know. Whatever happens SkyNet has already decided on the next big move. I think we'll go up on Wednesday like we have most of the FOMC days in the past.

The Fed's don't like to be blamed for anything bad in the stock market so expect them to juice the market higher afterwards. I've noticed in the past that the "after-effect" usually carries over for 1-2 days, which suggests a top by this Thursday or Friday. If I remember correctly the last time we had a big drop start the day of the FOMC was on August 17th, 2015... which lead to the "Lucy" flash crash the following Monday on August 24th (named by me for passport code with that date from the movie with that name).

Could that happen again? Sure. This market is extremely overbought so anything could happen. I don't foresee it though, but I won't rule it out either. We do have another passport code for next week on May 7th, 2019... isn't that interesting? It's from the movie called "Non-Stop" (catchy name... does it mean a drop is coming that is non-stop?). Anyway, I don't expect much for today as the market is (again) likely in "wait and see" mode until after the 2pm meeting ends tomorrow. Have a great day.