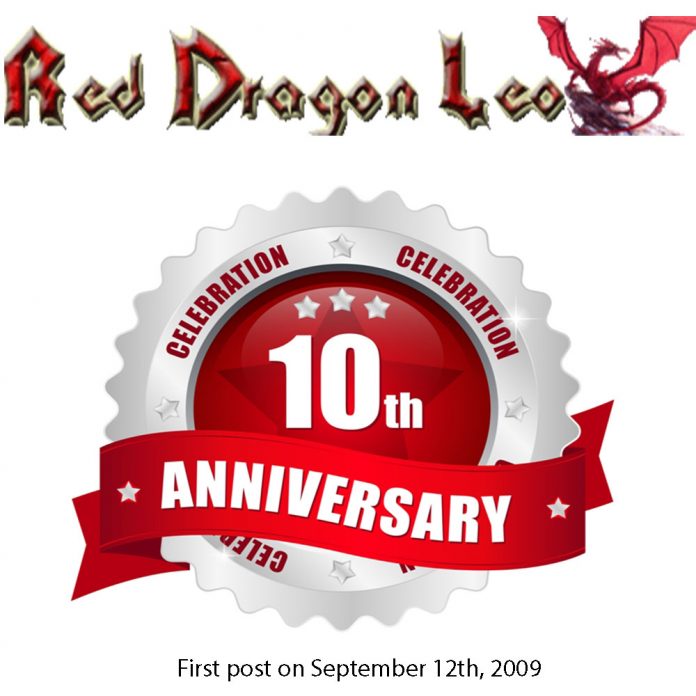 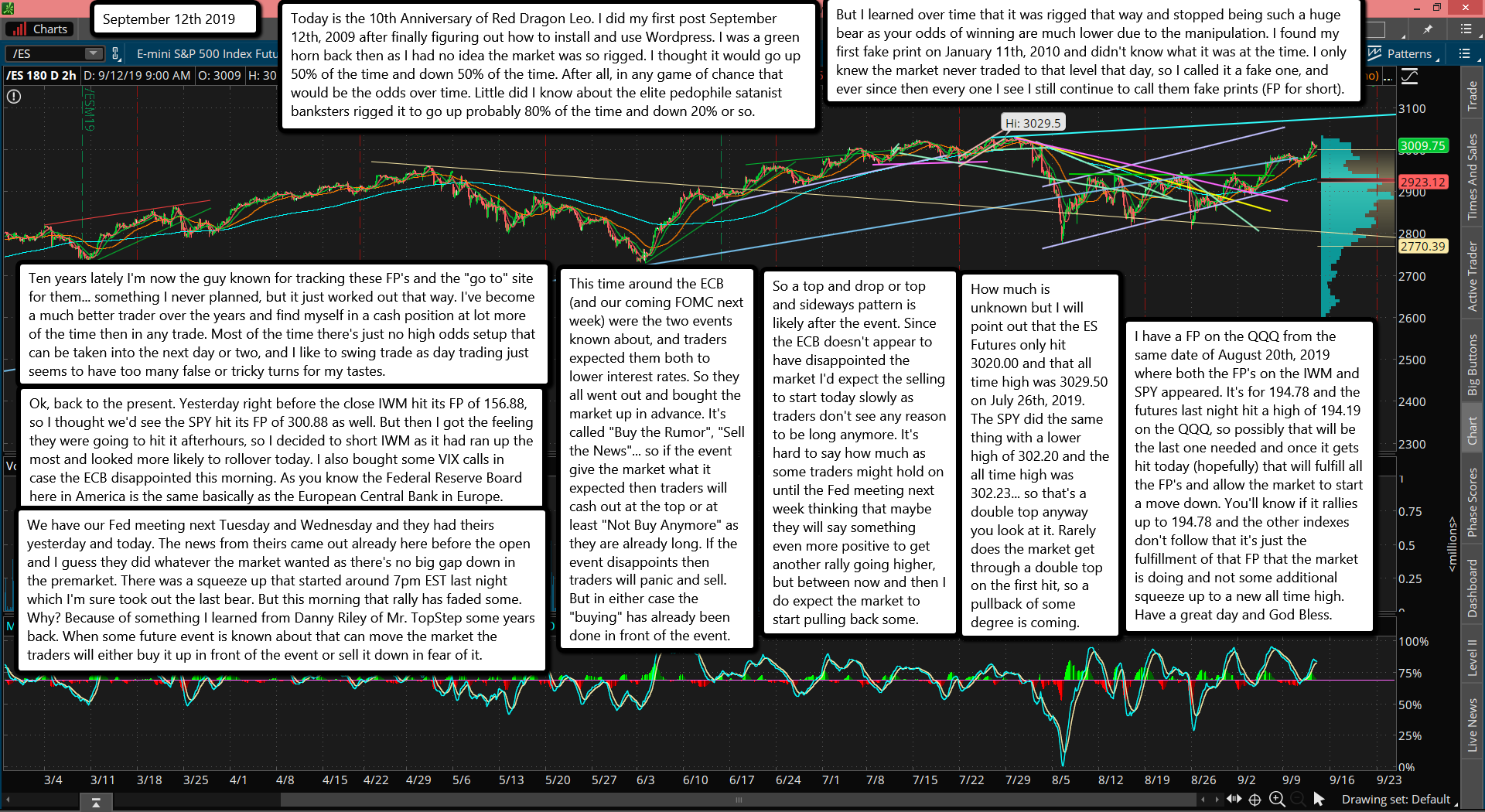 Today is the 10th Anniversary of Red Dragon Leo. I did my first post September 12th, 2009 after finally figuring out how to install and use WordPress. I was a green horn back then as I had no idea the market was so rigged. I thought it would go up 50% of the time and down 50% of the time. After all, in any game of chance that would be the odds over time. Little did I know about the elite pedophile satanist banksters rigged it to go up probably 80% of the time and down 20% or so.

But I learned over time that it was rigged that way and stopped being such a huge bear as your odds of winning are much lower due to the manipulation. I found my first fake print on January 11th, 2010 and didn't know what it was at the time. I only knew the market never traded to that level that day, so I called it a fake one, and ever since then every one I see I still continue to call them fake prints (FP for short).

Ten years lately I'm now the guy known for tracking these FP's and the "go to" site for them... something I never planned, but it just worked out that way. I've become a much better trader over the years and find myself in a cash position at lot more of the time then in any trade. Most of the time there's just no high odds setup that can be taken into the next day or two, and I like to swing trade as day trading just seems to have too many false or tricky turns for my tastes.

Ok, back to the present. Yesterday right before the close IWM hit its FP of 156.88, so I thought we'd see the SPY hit its FP of 300.88 as well. But then I got the feeling they were going to hit it afterhours, so I decided to short IWM as it had ran up the most and looked more likely to rollover today. I also bought some VIX calls in case the ECB disappointed this morning. As you know the Federal Reserve Board here in America is the same basically as the European Central Bank in Europe.

We have our Fed meeting next Tuesday and Wednesday and they had theirs yesterday and today. The news from theirs came out already here before the open and I guess they did whatever the market wanted as there's no big gap down in the premarket. There was a squeeze up that started around 7pm EST last night which I'm sure took out the last bear. But this morning that rally has faded some. Why? Because of something I learned from Danny Riley of Mr. TopStep some years back. When some future event is known about that can move the market the traders will either buy it up in front of the event or sell it down in fear of it.

This time around the ECB (and our coming FOMC next week) were the two events known about, and traders expected them both to lower interest rates. So they all went out and bought the market up in advance. It's called "Buy the Rumor", "Sell the News"... so if the event give the market what it expected then traders will cash out at the top or at least "Not Buy Anymore" as they are already long. If the event disappoints then traders will panic and sell. But in either case the "buying" has already been done in front of the event.

So a top and drop or top and sideways pattern is likely after the event. Since the ECB doesn't appear to have disappointed the market I'd expect the selling to start today slowly as traders don't see any reason to be long anymore. It's hard to say how much as some traders might hold on until the Fed meeting next week thinking that maybe they will say something even more positive to get another rally going higher, but between now and then I do expect the market to start pulling back some.

I have a FP on the QQQ from the same date of August 20th, 2019 where both the FP's on the IWM and SPY appeared. It's for 194.78 and the futures last night hit a high of 194.19 on the QQQ, so possibly that will be the last one needed and once it gets hit today (hopefully) that will fulfill all the FP's and allow the market to start a move down. You'll know if it rallies up to 194.78 and the other indexes don't follow that it's just the fulfillment of that FP that the market is doing and not some additional squeeze up to a new all time high. Have a great day and God Bless.