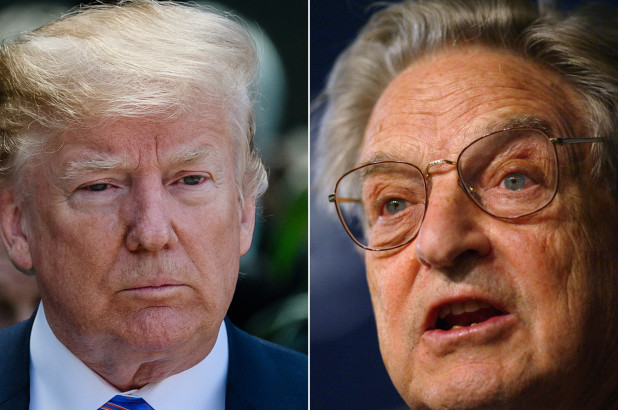 I think of it like this.... the banksters know a collapse is coming, and they know it will happen around 2020-2021, so if they put in a president that "appears" to be opposing "them" and their satanist agenda then all the sheep will flock to whatever that "fake good guy" president says, along with all the policies and changes he makes. But what if those policies and changes are EXACTLY what the banksters really want? 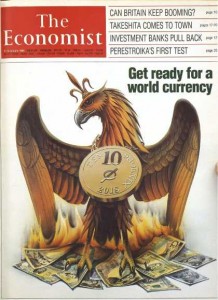 I know from years back that they want a "One World Currency", (like a crypto one, but they control it) which many speculate is the SDR (special drawing rights), and if the economy does indeed collapse, and put us in a recession/depression, the Federal Reserve Bank will not be able to bail us out.

Why? Because in the 2000 recession the banks bailed out some big funds, then in 2008 the Fed's bailed out the banks as each crisis got bigger in scale. This time around the Fed themselves will need to be bailed out. Who can do that?

Only the IMF (International Monetary Fund), and what will be the conditions? My bet is they say that the US Dollar will NO Longer be the world currency and the new SDR will be.... which is EXACTLY what the satanist banksters have wanted all a long. If Trump supports this then we all know that he indeed is just a wolf in sheeps clothing. I like Trump and hate Hillary but the lack of him to believe in and be saved by Jesus and God has made my wonder and have my suspicions.

Something just didn't feel right about how he won. I remember when Al Gore got screw by Governor Jeb Bush in Florida when George Bush and Al were running for president. The old "Chad" problem on the physical punch outs on the actual voter cards. I lived in Jacksonville Florida at the time and I heard local stories of certain counties that voted for Gore but the officials in that area decided to throw out all the votes by Black People, which was several 100 thousand voters if I recall. I doubt if it made the national news but locally I had heard about it. 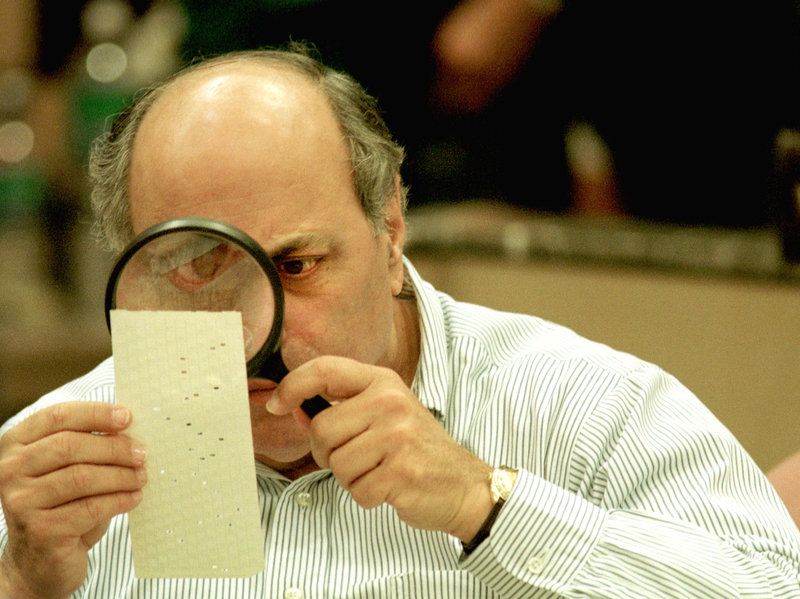 I voted for Al Gore myself back then, as he seemed to be the "lessor of two evils". In the end though I doubt if it would have made much different who won as Gore later on started promoting the Global Warming Propaganda Lie, which then changed to Global Cooling briefly I believe, and now it's just called Climate Change. I guess the elite couldn't figure out whether the Earth was getting warmer or colder but still needed the scam to go on so they changed the name to a more neutral one. LOL.

Satan loses in the end, so I'm not to worried about it as God will stop it all when he decides to do so. More and more people are waking up to the fake news and constant lies by the main stream propaganda media machine and this wave will get larger and larger I think.

We should all know by now that the satanist banksters want total world control of everything and have plans in place that sometimes take decades or more to play out.  Since they control the money it just boils down to using it to control the people.  First it's the people in powerful positions, like Congressmen, Senators and Presidents.  Those people are used to put policy changes in place to eventually control the people... aka, the "sheep", which is you and me.

They tell you in advance of their evil plans but few listen or care.  Some years back a writer for the Rolling Stones magazine wrote an article about Goldman Sachs and their evil plans for staging the next big money maker (Climate Change).  Here's a copy of it if you want read it.

Everything in the world is fake, that's what I've discovered

It seems that what I was told was good is bad, what was light is dark, what is up is down, what is round is flat, what is (insert your own two choices here).  In the stock market, which is what I follow, I used too think it was fairly traded and that if I could get access to the same charting systems that the big boys have then I too could learn how to make successful trades.  Boy was I ever wrong!

The stock market is a 100% rigged and planned years in advance.  A super computer controls it (I like to call it SkyNet from the movie Terminator) and the fake news is used to get the sheep on the wrong side of the trade day after day after day.  That's what I try to figure out each day of course, which I share my findings with everyone in my free chatroom, and daily posts I do as well.

Well, that's enough to get your mind to open up a little to all the sneaky ways the elite satanists trick us in everything we do or see in life.  I haven't even touched on the medical establishment yet but hopely you have all figured that one out for yourself.  Put simply, it's a business to make money on repeated TREATMENTS, and NOT Cures!  If you want a cure you'll have to do your own research and probably grow your own natural plants as well.  Why?  Because the drug companies own the Herbs and Vitamin companies and will NEVER put enough high potency vitamins or herbs out there to cure you.

For example, the last I looked they recommended only 60 milligrams of Vitamin C per day.  I knew that was a lie.  In fact I've been really sick only 2 times in my life (besides when I was a kid and can't remember), which once was when I was around 30 years old and maybe around 40 the second time.

I had a sore throat, fever, sweating, head spinning, sneezing and coughing... pretty sick basically.  So went out and bought vitamin C in a power form. I used a tablespoon and heaped it up as tall as possible on it, which was probably 10,000 milligrams or more I'd guess.  I put it in a glass of water (tasted very bitter but I was so sick I would have taken anything at that point) and drank it.  In fact I did that 3-5 times that day.  I'd guess I took 30,000-50,000 milligrams of it.

What happen you ask?  I got well.  I did end up on the toilet though as when you take too much vitamin C you'll body will just push it out of you.  I can't tell you what the proper amount to take is of course as your body will use whatever it can absorb I guess... and pass the rest out naturally.

I tell you this because had I went to a doctor they would have put me in the hospital for a week or two I'd guess, and pumped me full of drugs that don't work.  I choose to use God's medicine and it cured me completely by the third day but I was feeling a lot better on the second day.

I could go on but I'm way off topic now from the title of this post and the video above that poses the question about Trump... is he really "one of us" or just "controlled opposition"? If Ron Paul or Ross Perot had won (both Christian men I believe) then I'd have more faith that good changes are coming for the sheep and the satanists really are going to be arrested.  So while I'm rooting for Trump to really "drain the swamp" I won't be a believer until I see George Soro, Warren Buffet, Hillary (and Bill) Clinton, George Bush, The Rockefellers, and a ton of others publically arrested.  I'd add Obama and his transgender husband Michael to that list but some are saying they are dead now... don't know?

The video has been taken down on youtube but it basically said he was found guilty of treason for many things, including his knowledge about the false flag event 911 and his failure to disclose it.  He was said to have been executed by firing squad and letal injection for Michael.  Why was the video removed?  Is it true and youtube doesn't want us sheep to know about it?  If true then that's a "plus one" for Trump.

I'll let you decide for yourself on Trump but all I can do is pray.

P.S. I would cover the flat earth versus globe earth debate but it's a subject best for you do start researching on your own and make your own conclusions.  However, I'll give you some questions that have me stumped and "wondering" why I can't answer them.

In the Bible God tells us that the Earth is protected by "the Firmament" and in this video a guy see's it (around 2:24 minutes into it) as he looks for Nibiru.  Looks like a spider web force field to me.  And I believe there are references to the "water above and below"... suggesting this firmament acts like water.  That would explain how Doppler Radar and HAARP works as they both bounce frequencies all this dome like force field.

We know that Ham Radio operators have been known to speak with people in other countries as they bounce their radio waves off the ocean water, so clearly "frequencies" do indeed "bounce" off certain things that have reflected properties. You can do your own searching on Doppler Radar and HAARP but both use frequencies and bounce them off the dome (aka... the firmament).

I have other questions that can't seem to be answered with any real logic behind then as well.  Here are a few more...

These are just many of the questions I'd like answered.  I'm sure there are more.  All I can say is "Trust nothing of what you see, hear, or are told" when coming from someone else.  Trust only in the Lord Jesus and God in Heaven.  Amen.