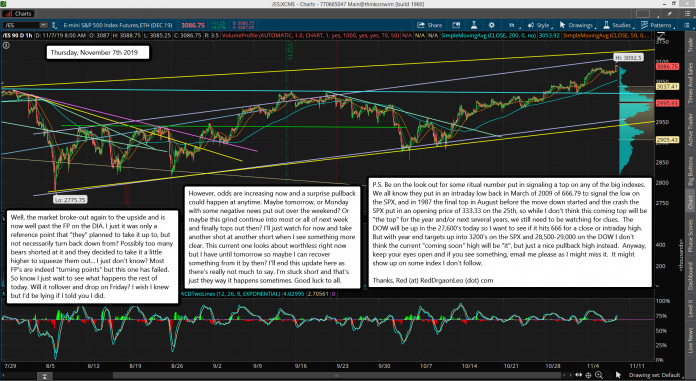 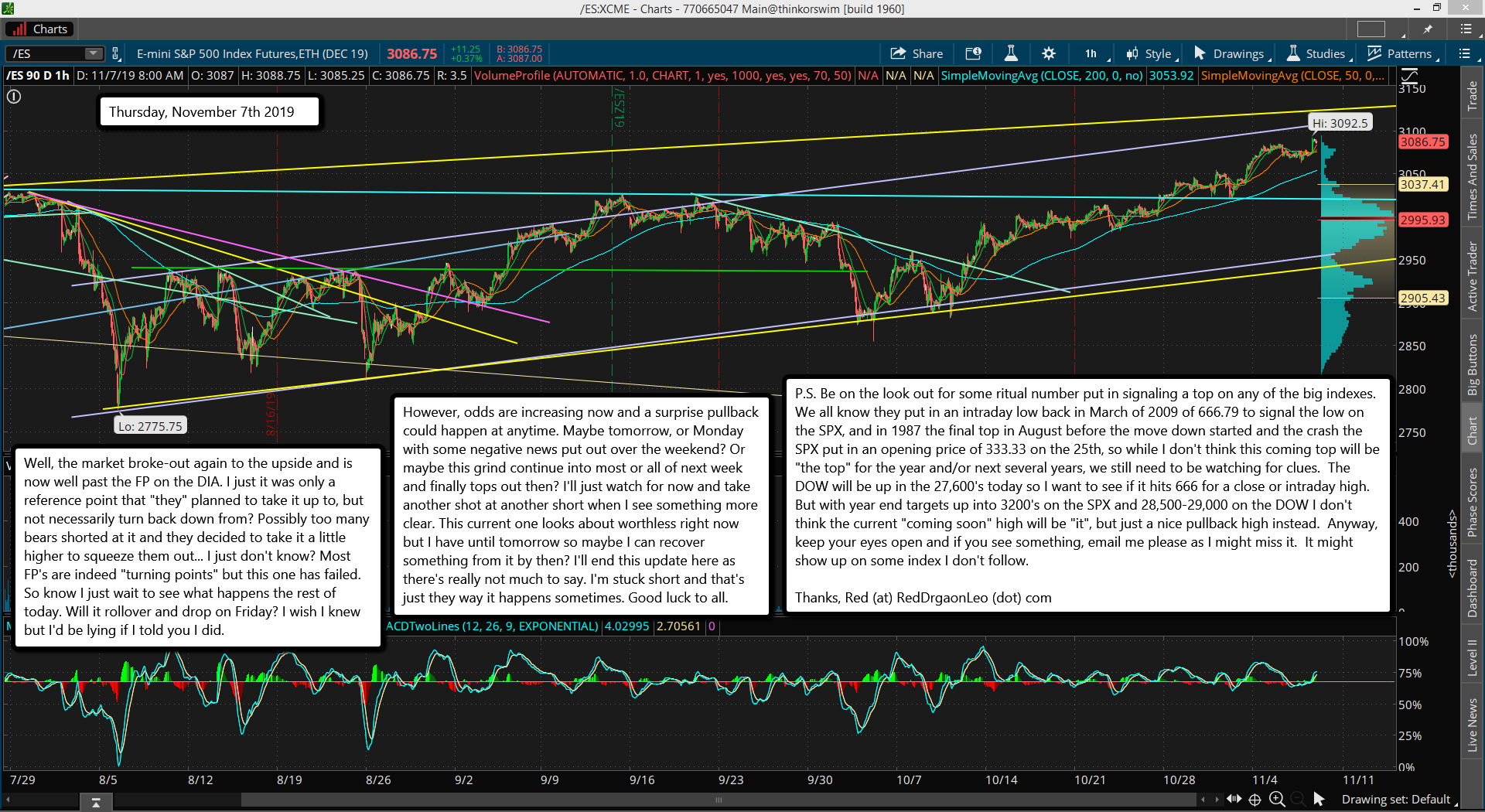 Well, the market broke-out again to the upside and is now well past the FP on the DIA. I just it was only a reference point that "they" planned to take it up to, but not necessarily turn back down from? Possibly too many bears shorted at it and they decided to take it a little higher to squeeze them out... I just don't know? Most FP's are indeed "turning points" but this one has failed. So know I just wait to see what happens the rest of today. Will it rollover and drop on Friday? I wish I knew but I'd be lying if I told you I did.

However, odds are increasing now and a surprise pullback could happen at anytime. Maybe tomorrow, or Monday with some negative news put out over the weekend? Or maybe this grind continue into most or all of next week and finally tops out then? I'll just watch for now and take another shot at another short when I see something more clear. This current one looks about worthless right now but I have until tomorrow so maybe I can recover something from it by then? I'll end this update here as there's really not much to say. I'm stuck short and that's just they way it happens sometimes. Good luck to all.

P.S. Be on the look out for some ritual number put in signaling a top on any of the big indexes.  We all know they put in an intraday low back in March of 2009 of 666.79 to signal the low on the SPX, and in 1987 the final top in August before the move down started and the crash the SPX put in an opening price of 333.33 on the 25th, so while I don't think this coming top will be "the top" for the year and/or next several years, we still need to be watching for clues.  The DOW will be up in the 27,600's today so I want to see if it hits 666 for a close or intraday high.  But with year end targets up into 3200's on the SPX and 28,500-29,000 on the DOW I don't think the current "coming soon" high will be "it", but just a nice pullback high instead.  Anyway, keep your eyes open and if you see something, email me please as I might miss it.  It might show up on some index I don't follow.

Thanks, Red (at) RedDrgaonLeo (dot) com