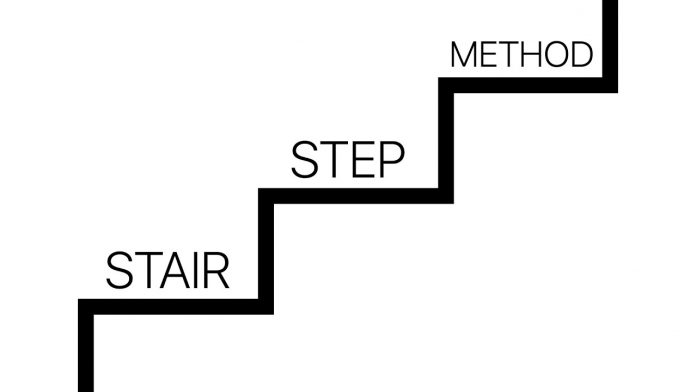 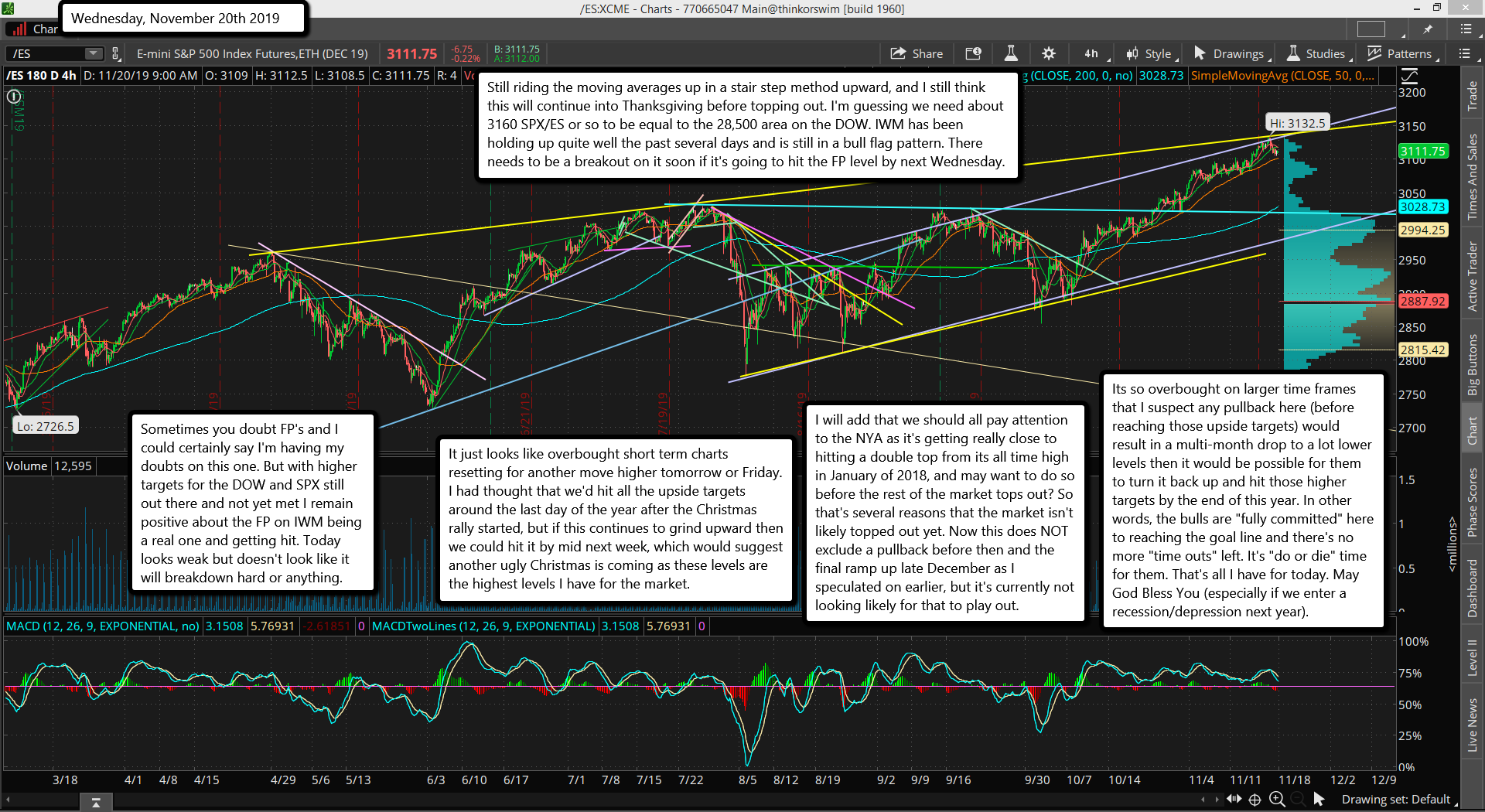 Still riding the moving averages up in a stair step method upward, and I still think this will continue into Thanksgiving before topping out. I'm guessing we need about 3160 SPX/ES or so to be equal to the 28,500 area on the DOW. IWM has been holding up quite well the past several days and is still in a bull flag pattern. There needs to be a breakout on it soon if it's going to hit the FP level by next Wednesday.

Sometimes you doubt FP's and I could certainly say I'm having my doubts on this one. But with higher targets for the DOW and SPX still out there and not yet met I remain positive about the FP on IWM being a real one and getting hit. Today looks weak but doesn't look like it will breakdown hard or anything.

It just looks like overbought short term charts resetting for another move higher tomorrow or Friday. I had thought that we'd hit all the upside targets around the last day of the year after the Christmas rally started, but if this continues to grind upward then we could hit it by mid next week, which would suggest another ugly Christmas is coming as these levels are the highest levels I have for the market.

I will add that we should all pay attention to the NYA as it's getting really close to hitting a double top from its all time high in January of 2018, and may want to do so before the rest of the market tops out? So that's several reasons that the market isn't likely topped out yet. Now this does NOT exclude a pullback before then and the final ramp up late December as I speculated on earlier, but it's currently not looking likely for that to play out.

Its so overbought on larger time frames that I suspect any pullback here (before reaching those upside targets) would result in a multi-month drop to a lot lower levels then it would be possible for them to turn it back up and hit those higher targets by the end of this year. In other words, the bulls are "fully committed" here to reaching the goal line and there's no more "time outs" left. It's "do or die" time for them. That's all I have for today. May God Bless You (especially if we enter a recession/depression next year).