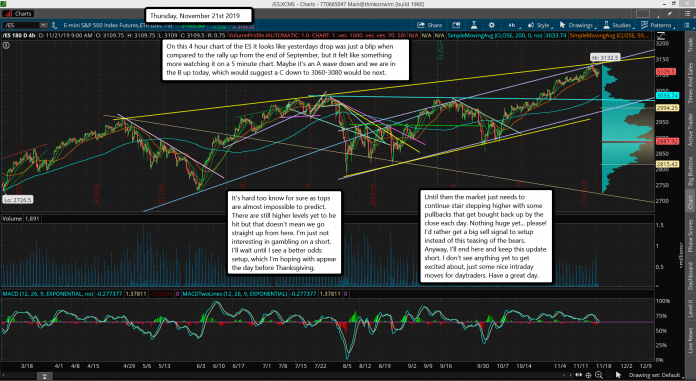 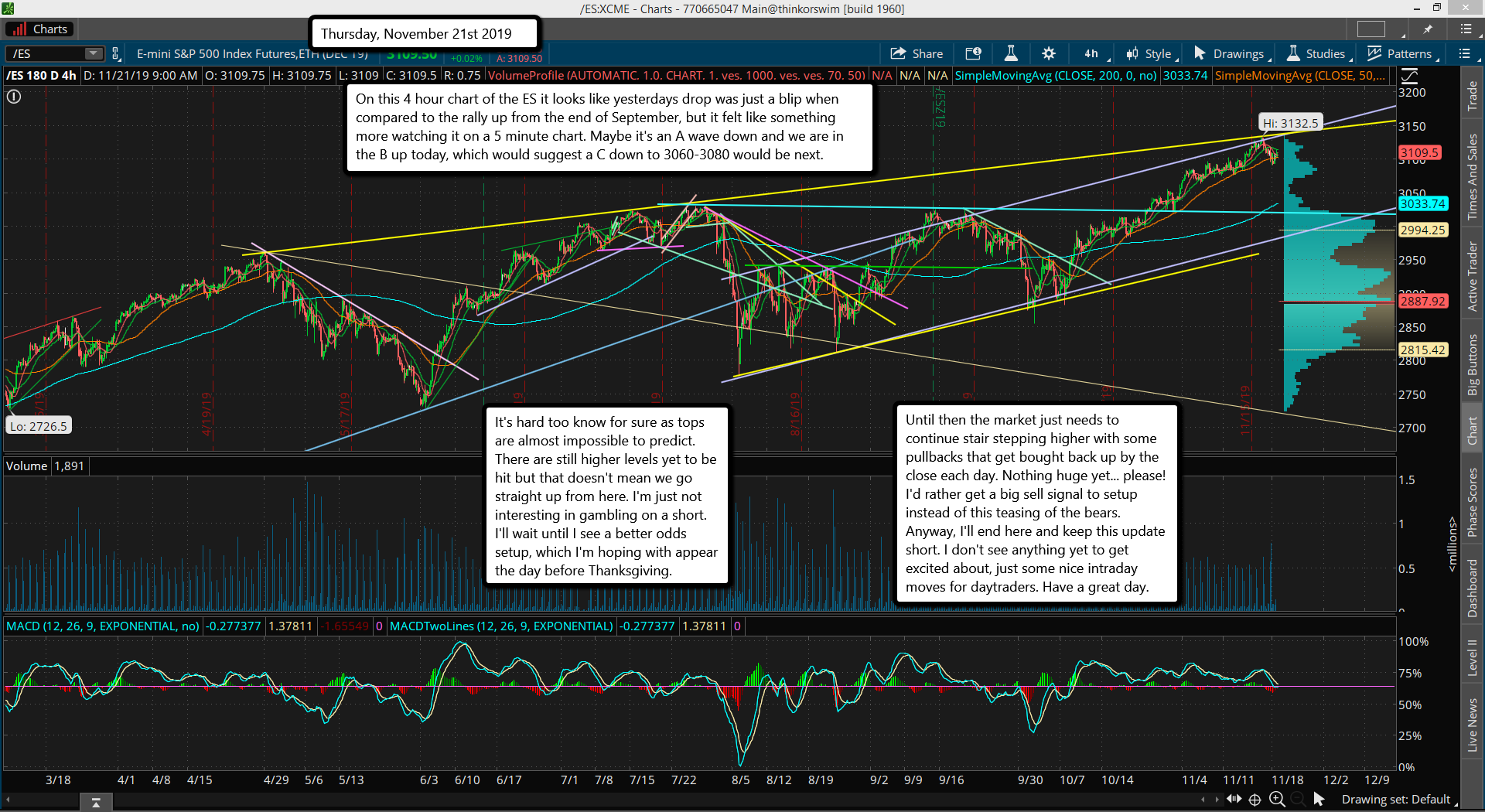 On this 4 hour chart of the ES it looks like yesterdays drop was just a blip when compared to the rally up from the end of September, but it felt like something more watching it on a 5 minute chart. Maybe it's an A wave down and we are in the B up today, which would suggest a C down to 3060-3080 would be next.

It's hard too know for sure as tops are almost impossible to predict. There are still higher levels yet to be hit but that doesn't mean we go straight up from here. I'm just not interesting in gambling on a short. I'll wait until I see a better odds setup, which I'm hoping with appear the day before Thanksgiving.

Until then the market just needs to continue stair stepping higher with some pullbacks that get bought back up by the close each day. Nothing huge yet... please! I'd rather get a big sell signal to setup instead of this teasing of the bears. Anyway, I'll end here and keep this update short. I don't see anything yet to get excited about, just some nice intraday moves for daytraders. Have a great day.