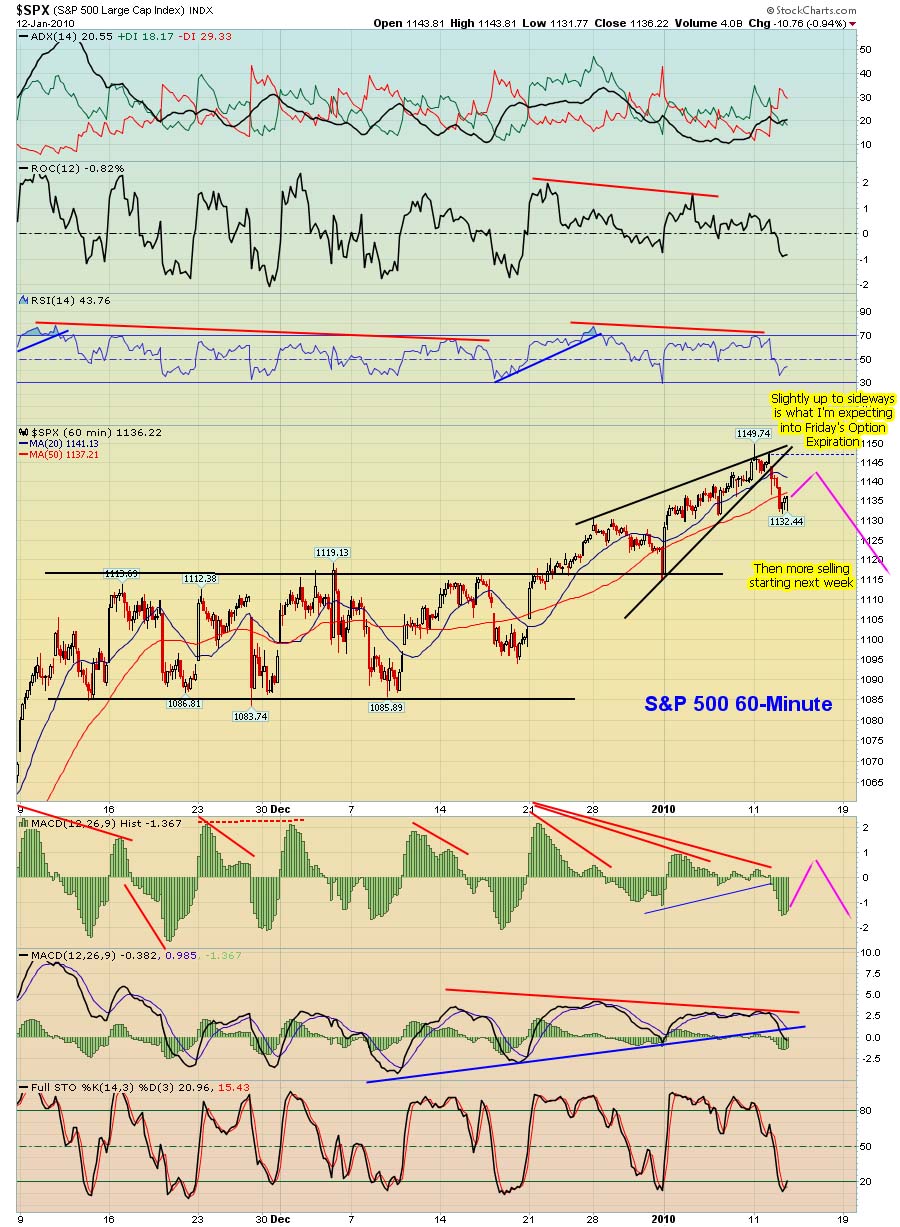 I was beginning to wonder if this market would ever pause and take a rest, but... like all living things, it did!  The sell off was impressive, but still looked a little bit like it was "controled".  I'm not complaining, as it allowed me to close out my USO short positions, but I'm not ready to "jump up and down"... screaming the "Bear is Back" yet either.

Volume was much better at around 166 million shares on the SPY.  It's still below what I'd like to see... like 200-250 million, but it's a nice start none the less.  So, what's next you ask?  For that answer, I'm going to show you the chart below with my forecast as to where I think we are headed. 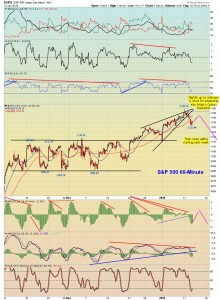 For the next 3 days, I'm expecting a sideways to slightly up market, as Option Expiration is Friday, and you know how those market makers don't want to pay out on those options.  They will probably pin the close on an even number like 114 spy, or something.  That would be considered your "B" wave (or 2 wave) re-tracement back up move.  Then next week, I see the start of a "C" (3) wave.

Looking further out,  I'm expecting the market to move lower into the end of the month, and rally back before the month is over,  and into early February.  Then I believe that early in February we will see a really large move down.  Possibly a 100 point drop (not in one day), but it will be what Elliottwave chartists would call a "C" wave or "3" wave.  Volume should be quite high then.  I'd expect over 250 million shares as it goes down.

This first move down toward the end of the month should find support at the 108 SPY level.  From there, I think we'll bounce back up about 50% (in a larger "B" or "2" wave), into early February.  Then the larger "C" (3) wave will hit with about a 100 point drop or so.  I'll have more detail as it gets closer.

For now, I'm looking to get back short by this Friday.  It's option expiration week and I don't see any more large moves down (like today) until this week is over.  That again means... a sideways to slightly up market for the next 3 days.  If you are looking to go short, be patience and wait until Friday.  The market could retrace back up 2-3 points each day from today, and be at about a 50% fib level by then (from the high yesterday to today's low).  That would be around 1140 spx, or so.  Regardless of what level it's at, I'll be looking to get short again.