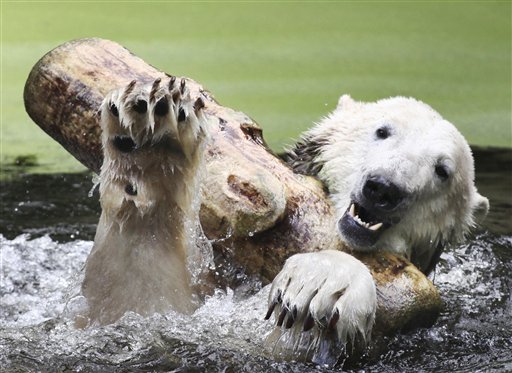 The bears were fed today, but make it last as Friday will likely rally up... at least in the morning session.  Google popped up 50 points afterhours, should give the market an early morning lift.  But, by the afternoon session we could see the short term charts get over bought and some selling into the close is possible.  I'm not calling for anything big, but overall I'd just say that the close could be just slightly positive or flat, as I expect some of the early morning gain to disappear by the afternoon, and into the close.

Next week is still unknown, but if they are going to fill the DIA 118.16 print, they've got a good opportunity next week with all the earnings coming out.  Maybe we will hit it within the next week or two?  Maybe... just maybe?  ...but after that, all hell is going to break lose!

The poor bears are are almost extinct now... 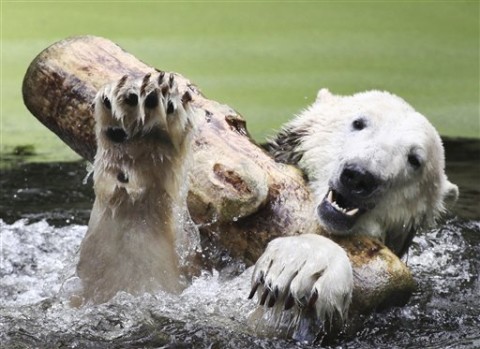 Up Up and Away!  Dow 20,000 by Friday... and the cost of a loaf of bread = $20.00!  The government gangsters should be brought up on criminal charges and publicly hung.  The Fed's make the Mafia look like Mother Theresa.  They are the most evil and corrupt group of gangsters in the world.

By constantly crushing the dollar, day in and day out, it's now worth 10% less then it was just 3 months ago.  It's nothing short of a 10% tax being put on the American consumer.  It's robbery, and no one seems to be able to stop them.  While I do believe that there are many "white hats" (good guys) secretly arresting these thugs, it's not being done fast enough.

At the rate we are going, these gangsters will succeed in producing the largest crash ever in the history of the stock market.  If we continue to push up to the FP of DIA 118.16 (which I believe we will), then the fall that will come after it will completely wipe out millions of peoples' life savings, and asset values.

If you think the housing market has bottomed now, just wait until 2011-2012 as the Dow likely be cut in half by then.  In fact, I think they could reach that upside FP by election day, and then start crashing week after week following it.  I know a lot of bears are getting hurt right now, and I'm not giving advise.

However, I'm not getting heavily short until that print is hit.  While we could still dip down a little tomorrow, and I do believe we will... it will likely be just a buying opportunity for the continued ramp toward our upside target.  How low, I don't know?  But tomorrow is looking like it should rise in the morning and sell off in the afternoon closing down for the day.

One more thing... here's a video that was sent to me, and I think it's worth everyone watching it.  While I don't know if November the 14th will be the big crash date or not, I do know that the Illuminati are big on rituals, so he could be right?

Certainly with all the POMO dates on the schedule between now and the election, they will likely be able to go up and fill the 118.16 print.  After that... it's a dozen or more downside prints that will be anxiously waiting for their turn to be filled.  And they aren't even close to the upside print!

In fact the Dow 8300 FP would then be 2500 points down from the upside print!  Now that's one huge crash!  So, just hold on to some cash gang, and the trout will be swimming up stream soon, and the river will be bone dry!  The bear feast will be on once again!