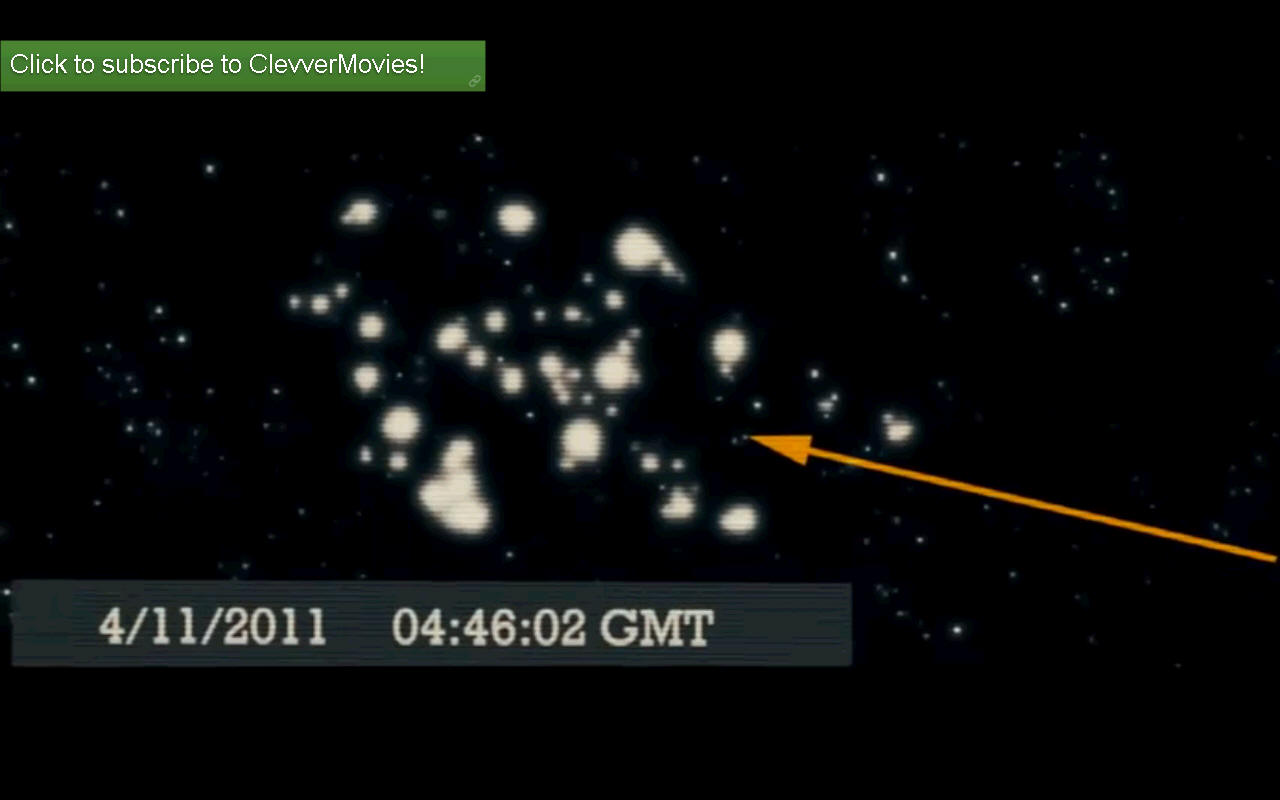 Not much to say... still waiting for a breakout to one side or the other.

Still looking for a new high, and Tuesday has a good chance of being the day we hit it.  I'm thinking that it will be late into the day, probably after the FOMC meeting.  I'm not expecting too much above the current high of 1344, and I believe it will be short lived.  However, this still doesn't rule out the 138.86 SPY FP (about 1388 SPX), as that could still be hit if the market only drops down to but in a right shoulder for what looks like a possible "inverted head and shoulder" pattern.  One day at a time...

Yes, as crazy as that sounds, Ben Fulford stated in his latest interview with Jeff Rense that Jay Rockefeller is currently pointing HAARP at the Mount Fujiyama Volcano to heat up the water and cause it to erupt on 4-11-2011 (another Illuminati ritual date)...

Another thing that points to 4-11-2011 is in the movie "Battle LA" where there is a scene showing that exact date as comets hit the earth. Here it is... 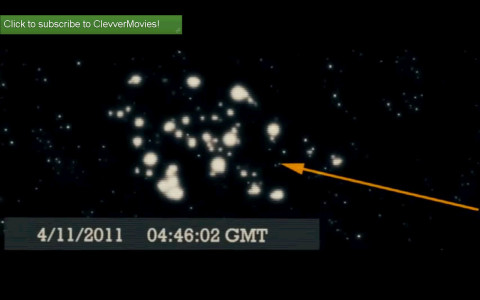 Off subject for a second as I rant for a moment...

What a sick group of people that they truly want to sink Japan into the sea, killing millions of innocent people... for what? Power? Greed? Control? Don't these people every learn? You can't take any of that with you when you die, so why do you have too be so evil when you are alive? I just can't understand why people do the crazy things they do. Why all the violence and hate?

Ok, back to matter at hand.  Clearly, the Illuminati want to keep us enslaved, and fear is their main weapon of choice.  They know that we are all equal spiritually, but they don't want us to know that!  It's all about control for them, and they must create wars to keep the whole "fear" illusion working.  Of course they will profit from it too, which is why a stock market crash will happen.  They need to rob us of all our property and possessions by acquiring it for pennies on the dollar.  I want you to listen closely to this video below, as the Illuminati tell you their exact plans of what they have been doing to you and what they plan to continue doing.

Secret Covenant The Hidden Elite Are Not Hidden Anymore

If after listening to that video if you don't get upset and angry at these people then you truly are just a zombie like the way they want you too be! Personally, I pity them as they are so small minded and weak. They just are too blind to see that peace, love, giving and sharing are the answers... not hate.

Time is running out for these gangsters, but things could get very ugly as they lash out like a cornered animal that is trapped with no where to escape. This of course means that they will crash this stock market as their exit plan... blamed on some false flag event probably!

Will it be this April 11th, or April 29th... or even this coming September when the dwarf star Elenin comes between the Earth and the Sun? I really don't think it will last that long, but instead start the crash this month or early May.   I just don't see the traders wanting to stay long into June when POMO ends. They will sell early... mark my words on that!

For short term though, next week should be a battle as the bulls and bears will be battling it out around this double top area. I do expect this rising wedge to break... probably Monday morning, but I also expect the dip stick bulls to buy the pullback creating another run up to probably backtest the broken trendline from the wedge.

In the past, we have seen anywhere from 1 week to 3 weeks that the market puts in a topping pattern. So I'm expecting some volatility next week, as the daily chart is still pushing up supporting the bulls. It will take a lot of "one day sell offs", followed by "quick rallies" to get it to rollover and produce a big move down.  Even if the bears succeed, it might only go down low enough to form the right shoulder of a possible "inverted head and shoulders" pattern, not a Wave 3 (or C), as we've all been looking for.

So, Will The Market Crash On April 11th?

I really don't know, but my gut tells me NO.  I don't think they have enough time to get up to the 138.86 spy FP before the 11th, as I expect a pullback in the market this week... meaning it will take more time to regain the ground they will lose this week, which pushes the time needed to hit the FP out until the end of April.

Of course "if" the evil gangsters succeed in causing Mount Fujiyama to erupt, and Japan sinks... then of course we will crash.  I don't think that will happen though (or "I pray that doesn't happen").  Plus, it's not close enough to the end of POMO, which is this June.  They will likely start selling late April, early May... (sell in May and go away).

For the near term, I'm looking for a sell off to either put in a lower low to form and ABC move down, or a higher low to put in an "inverted head and shoulders" pattern over the coming days/weeks.  Then a rally up to the FP by then end of April for a final top in this Primary Wave 2 rally.

If it is an ABC, then I'm looking for the 200ma to be the low around 1200 spx.  If it is an "inverted head and shoulders" pattern, then 1290 could be the low.  It could dip lower of course, but some how I think it will be a "more shallow" right shoulder.

What Will Happen On Monday?

Since will are still in a rising wedge (barely... and debatable), and there were likely a bunch of bears that got short over the weekend expecting a crash on Monday, I'd say there will be a quick pop early on to backtest the broken trendline on the rising wedge, followed by a sell off into the close and Tuesday.

You don't really think they will take it straight down allowing you to make money as a bear do you?  Of course not, they will trick you every step of the way.  If you are not short, then I would just wait until the backtest happens then then get short.  I know... you might be asking "what if it doesn't do a backtest"?  That's possible, but unlikely when you are trying to make a double top.

If you are putting in a new high, then a backtest doesn't always happen.  It will usually just reach a final point of exhaustion and then fall off a cliff.  But, the market is currently trying to reach the 1344 spx old high.  So, you should expect a second round of bulls to come in a buy the dip after the first attempt failed.  "That's YOUR Backtest"!

When that second attempt fails, then you can expect a deeper retracement then just 10 points (like Friday's close).  You should expect several days of selling to clear out the amateur bulls' stops', and to get enough bears onboard short for a big squeeze back up... that this time should take out the current high.  Remember, I'm expecting the FP to be hit before the crash.

While I don't know the date of the final top, or the exact price level, I do believe the FP will be hit... which pushes the market up to at least that level.  Again, it's only a target that I expect too be hit, not necessarily the point at which it rolls over.  It "could be" that point, but no guarantees on that.

Let's not forget also that the upside target for the inverted head and shoulders pattern will like be around that FP level, (which correlates to about 1388 spx).  Of course if we have an ABC move down, then it's going to take a "heck of a rally" to move back up to that level from a projected 1200 low.  But, anything is possibly with these gangsters... so I won't rule it out just yet.  Let's just stick to the coming week first, as they can change the game plan in a nano second if they want too!

P.S. On another note... if you think Al Qaeda is "real", think again!  They are a made up enemy by the CIA, as Alex Jones covers in this video below.

P.S.S.  Here's another interesting link worth reading (http://www.gazette.com/articles/springs-115381-colorado-obama.html#ixzz1I7xbyb2H).  It's seems awful odd how all these negative stories about Obama are popping up on Main Stream Media right now... don't you think?  Hmmm... if I were a betting man, I'd say that the gangsters are trying to get rid of Obama.  Why?  Probably because of his attempts to save himself by trying to make a deal with the White Dragon Society that Ben Fulford talks about in the video at the top of this post.  I bet they are trying to get another puppet (Hillary Clinton maybe?) they can control in office before the 2012 elections because they fear Ron Paul might win easily over Obama in the 2012 race, (and I don't think they control him).  If I were them, I'd put in a Republican now so Ron Paul (because he's a Republican too) won't stand a chance to win against a newly seated candidate in his own party.  Sorry Hillary, I guess you've been outst again... LOL!  Probably by Newt Gingrich (another Illuminati puppet) I'd think.