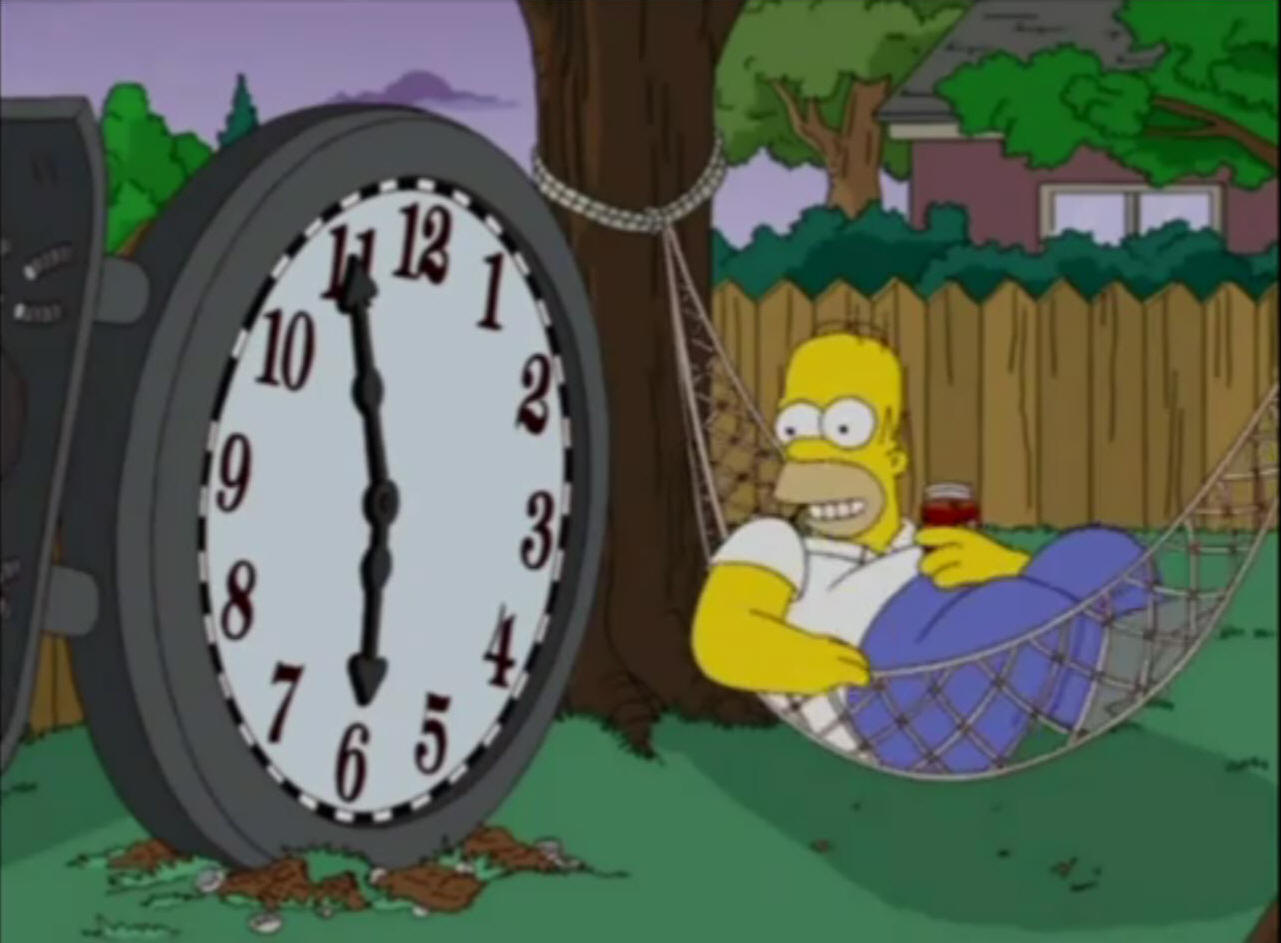 Before my update here's an important update from Lindsey Williams...

To me this update tells me that a stock market crash is coming this year and next year just like the 1929 crash happened first and then in 1932 (when it bottomed) President Roosevelt devalued the dollar overnight by telling everyone to turn in their $20 dollar gold coins, followed by a revaluation of $35 dollars for the same gold coin after the bank holiday ended.  This means they are going to crash the stock market first and probably bottom in the 400-600 SPX area within the next 2 years and then they will close the banks for a week or so to revalue the dollar with a 40% haircut.  Then once they reopen the banks every dollar will worth that much less, which also means that gold will soar by just as much on a percentage basis.

This means that YOU and I have only the next 24 months or so to make as much money as possible from this coming stock market crash.  Then we are going to see massive inflation from this dollar devaluation and we'll also see a HUGE Bull market start that will take the Dow up to crazy highs like 30,000 or more!  On the short term I see gold continuing down to "possibly" hit the FP of 939 (or the 935 FP) for a bottom followed by a rally to over $3,000 per ounce by the end of 2014.

(Side Note:  Lindsey Williams stated the the cure for colon cancer is carnivora, and it's can be bought here 866-836-8735.  I found this site on the internet selling it... http://www.carnivora.com)

Going back to a much shorting term I still see a very important high coming this May 22nd as the preferred date with possibly May 29th being the high.  After that I'm expecting a 200 point drop in the SPX to start the first shock in the stock market.  This will only be a small crack compared to what I see for 2014 as after a final high in February I see about a 1,000 point drop in the SPX by the end of that year!  You will have the opportunity of a lifetime to make a huge chunk of money on this coming drop late this May and early June and then turn that into a million dollars or more in 2014 when the real crash happens!

There are many, many pieces to the puzzle coming together now and I'm more certain then ever that we are going drop hard starting this late May and into early June.

A new article out about the latest Bilderberg meeting shows us some interesting timing and dates.  While those meetings are being exposed heavily now by people like Alex Jones and the now deceased insider reporter Jim Tucker the Legatus meetings aren't yet known to most of the "red pill taker" crowd.  Only Reinhardt and myself are really talking about the connection they have to the stock market and with the next meeting set for this May 23rd-25th, 2013... followed by a Bilderberg meeting June 6th-9th (re-updating a prior date of June 9-11), one has to wonder what these Satanist Reptilian's have planned for us sheep?  Here is that report...

American Free Press received e-mail from Grove Hotel staffer, apparently confirming that Bilderberg 2013 will be going down near Watford in the United Kingdom from June 6-9.

“An email reply to AFP from a Grove staffer and a check of the hotel website’s calendar confirmed the hotel is booked solid June 5-9. The Bilderberg meeting itself, by all the latest indications, is to take place June 6-9. This updates a recent AFP report that stated England was likely the general meeting location but that the meeting would be held June 9-11. At the time, the hotel where the meeting was to be held was not yet known.”

Indeed. In recent weeks there have been several indications pointing to a probable UK Bilderberg meeting. As I recently reported, a call handler at the Hertfordshire constabulary confirmed that the Grove Hotel, both the surroundings and the Hotel itself will be cordoned off by the local Hertfordshire constabulary in a “security exercise”. The exercise, by the way, is planned exactly at the time that the Hotel, according to its employees, will accommodate a “high profile” international group- booking all 220 rooms. As Anderson notes in his article:

“The hotel’s location, some 18 miles outside of London, provides easy access to and from Heathrow Airport. Its rural setting is well suited for Bilderberg’s usual ring of armed security to keep pesky reporters and activists at bay.”

Thanks to many citizen-journalists probing the Hotel and local Hertfordshire constabulary it is also becoming obvious that an elite club will indeed descend on the area at the beginning of June. According to a recent vigilant posting on the Planet X website, an employee of the Grove Hotel has revealed that the hotel’s golf course is booked out by an “American Group” from June 6-9. The commenter, pretending to be interested to reserve the golf court, no booking is possible on those dates:

“No that is not possible during those dates because the private American Group Organizers have requested that they have full exclusive use themselves”.

The “American group”- comment is interesting in more than one respect. Not only does this slip-up by a Grove employee confirm the grounds (Hotel, all its facilities and the surrounding lands) are off-limit to the general public (meaning anyone not holding key power positions), it also suggests that the organizers are predominantly American. When we take a look at Bilderberg’s current steering committee we find no less than 11 Americans among the 34 members (including David Rockefeller). Because the event itself is “international” in nature, concerning “high profile” individuals – we now have further indications the UK will host this year’s Bilderberg conference. Adding this little information-droplet to the others, spilled by employees of the Grove Hotel and the local constabulary, the Hertfordshire venue is increasingly likely to be the spot where the annual Bilderberg conference is set to take place. 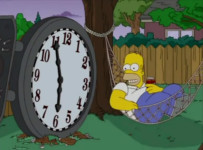 What I find interesting is this old clock from the Simpson's episode showing various combinations that could be pointing to a date of some nuclear explosion.  We could have 11-6 (November 6th) or 6-11 (June 11th).  Other interpretation have been done of course and no one has yet to figure out what (or if?) this really is a signal from the gangsters of what's coming in the future.  I just find it interesting that the original date for the Bilderberg meeting was June 9-11... which looks like 911 to me.  Now it's set for June 6-9, which is just before a possible reading of June 11th from the Simpson clock.  That, along with a Legatus meeting just prior between May 23rd to 25th, has got to mean something.

I'm not saying that anything will happen (like a false flag nuke going off in some part of the world) but it's certainly worth noting and keeping in the back of your mind.  All move the stock market are planned by these Satanist months and years in advance so trying to forecast it isn't that easy to do.  But they give us sheep signals to help us (not really, more like "because it's some sick code of ethics they must obey"), and it's up to us to figure them out.

Moving back to the short term...

I'm kinda jumping around here as I'm writing this post on Sunday with multiple breaks throughout the day... meaning when I come back to write more I my decide to talk about a different subject.  Right now I want to talk about next week and what I'm expecting to happen.  I'm thinking that we had some kind of wave 3 up happen last Friday and into the close we started a wave 4 down.  I'm not sure if it ended by the close Friday or if it will take all day Monday to complete, but once it ends I'm expecting one more move up to the 1630-1650 SPX area to end this very long rally and allow the first wave 1 down to start.  So if we hit this zone by Tuesday then I'll be looking to go short.  If it drags out a little longer then I'll just wait as I know it's very nearly done.

Then the first move down should find support around 1600 as that was prior resistance.  It should end the first wave 1 down if it stops there and allow for a choppy move back up into May 22nd for the wave 2 up to complete.  Then the wave 3 down should start and drop 150-200 SPX point in a period of about 18-20 calendar days (based on prior history of similar moves).  If the wave 1 down breaks 1600 and goes to the next level of support around 1550-1570 SPX then the move back up for the wave 2 should be pushed out to the secondary date of May 29th before it ends and allows the wave 3 down to start.  This is really a tough call here as I don't know when we are going to hit the top zone of 1630-1650, or how low the first wave 1 down will go.

Each move should take a certain amount of time based on similar moves in the past but telling you the exact date right now is hard too do.  I'm estimating that we'll hit the top zone sometime this week and then start the first wave 1 down.  That wave could last as little as 3-4 days if it's only 40-50 points down or 5-7 (trading) days if it's 80-100 points.  From there we can calculate the move up to last 4-7 days as well, which should tell us if the high is going to be early on May 22nd or later on May 29th.  We know from past history that many of the turns are centered around Legatus meetings and this coming meeting is dead set in the middle of those two "double ritual eleven" days happening on May 23rd to 25th.

Since many (not all... maybe 30%?) of the important tops occur on ritual eleven dates it's very important to monitor them and look for a high on them.  This means that either the 22nd or the 29th should be the high for the wave 2 back up as the wave 3 down is a very important date and will likely be on a ritual eleven day.  Nothing is written in stone of course but I'd pay close attention to those 2 dates.  Between now and then it could be choppy as they make a wave 1 down and wave 2 up.  My plan is to take a small short when we hit the 1630-1650 area to ride down that wave 1 to where ever they take it to.  Maybe 50 points or maybe 80 points?  I don't know which but both are worth shorting I believe.

That's about it I guess as we are all just waiting patiently for the right time to attack... 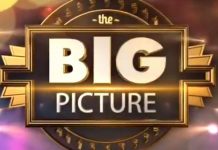