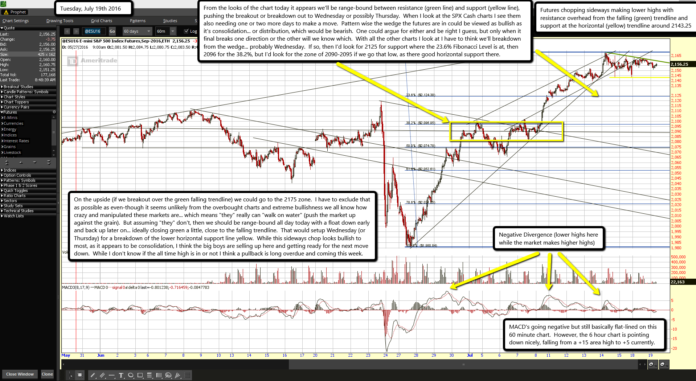 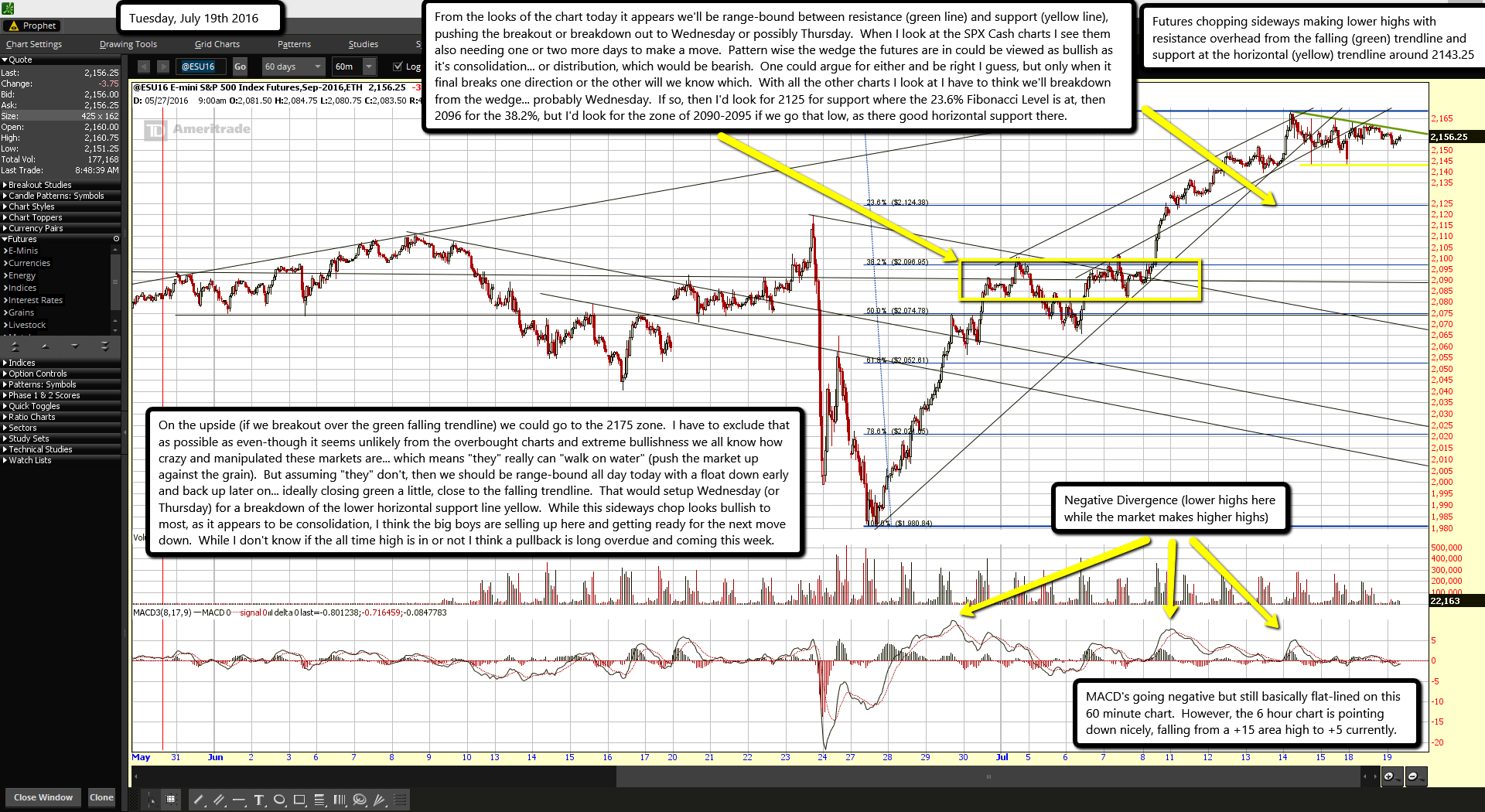 Futures chopping sideways making lower highs with resistance overhead from the falling (green) trendline and support at the horizontal (yellow) trendline around 2143.25

MACD's going negative but still basically flat-lined on this 60 minute chart.  However, the 6 hour chart is pointing down nicely, falling from a +15 area high to +5 currently.

From the looks of the chart today it appears we'll be range-bound between resistance (green line) and support (yellow line), pushing the breakout or breakdown out to Wednesday or possibly Thursday.  When I look at the SPX Cash charts I see them also needing one or two more days to make a move.  Pattern wise the wedge the futures are in could be viewed as bullish as it's consolidation... or distribution, which would be bearish.  One could argue for either and be right I guess, but only when it final breaks one direction or the other will we know which.  With all the other charts I look at I have to think we'll breakdown from the wedge... probably Wednesday.  If so, then I'd look for 2125 for support where the 23.6% Fibonacci Level is at, then 2096 for the 38.2%, but I'd look for the zone of 2090-2095 if we go that low, as there good horizontal support there.

On the upside (if we breakout over the green falling trendline) we could go to the 2175 zone.  I have to exclude that as possible as even-though it seems unlikely from the overbought charts and extreme bullishness we all know how crazy and manipulated these markets are... which means "they" really can "walk on water" (push the market up against the grain).  But assuming "they" don't, then we should be range-bound all day today with a float down early and back up later on... ideally closing green a little, close to the falling trendline.  That would setup Wednesday (or Thursday) for a breakdown of the lower horizontal support line yellow.  While this sideways chop looks bullish to most, as it appears to be consolidation, I think the big boys are selling up here and getting ready for the next move down.  While I don't know if the all time high is in or not I think a pullback is long overdue and coming this week.