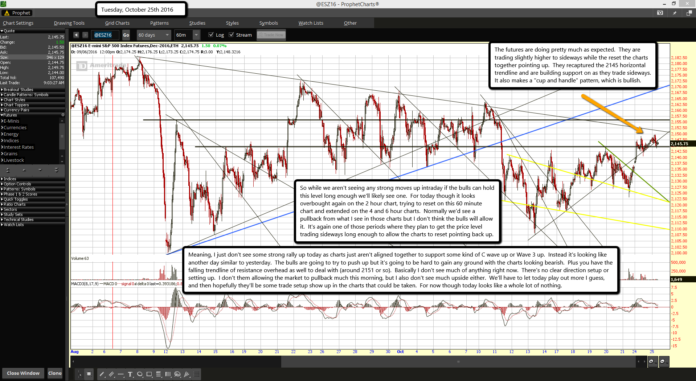 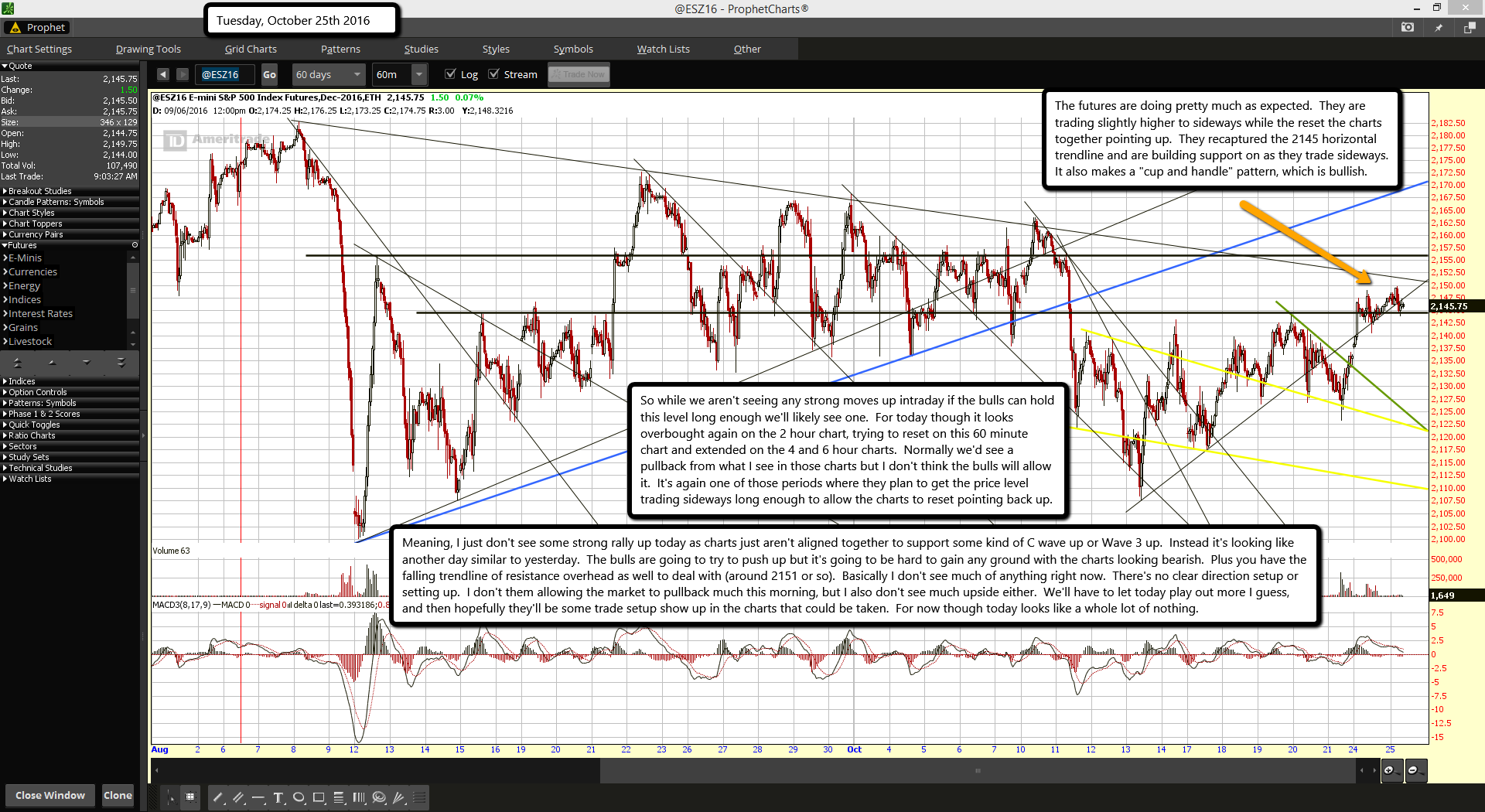 The futures are doing pretty much as expected.  They are trading slightly higher to sideways while the reset the charts together pointing up.  They recaptured the 2145 horizontal trendline and are building support on as they trade sideways.  It also makes a "cup and handle" pattern, which is bullish.

So while we aren't seeing any strong moves up intraday if the bulls can hold this level long enough we'll likely see one.  For today though it looks overbought again on the 2 hour chart, trying to reset on this 60 minute chart and extended on the 4 and 6 hour charts.  Normally we'd see a pullback from what I see in those charts but I don't think the bulls will allow it.  It's again one of those periods where they plan to get the price level trading sideways long enough to allow the charts to reset pointing back up.

Meaning, I just don't see some strong rally up today as charts just aren't aligned together to support some kind of C wave up or Wave 3 up.  Instead it's looking like another day similar to yesterday.  The bulls are going to try to push up but it's going to be hard to gain any ground with the charts looking bearish.  Plus you have the falling trendline of resistance overhead as well to deal with (around 2151 or so).  Basically I don't see much of anything right now.  There's no clear direction setup or setting up.  I don't them allowing the market to pullback much this morning, but I also don't see much upside either.  We'll have to let today play out more I guess, and then hopefully they'll be some trade setup show up in the charts that could be taken.  For now though today looks like a whole lot of nothing.